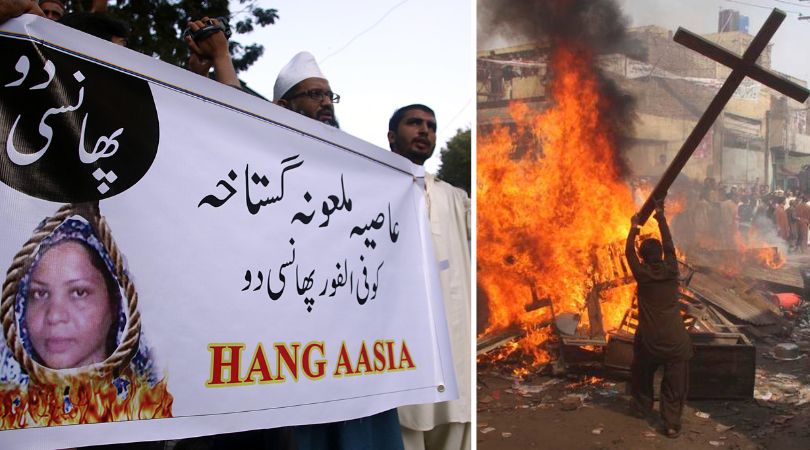 Pioneering academic body focuses on persecution in the Islamic world

LONDON (ChurchMilitant.com) - A pioneering institute to investigate the persecution of Christians in the Islamic world has been launched in the United Kingdom.

The Lindisfarne Centre for the Study of Christian Persecution is the brainchild of Dr. Martin Parsons, a former aid worker to Afghanistan and Pakistan. He served in those two countries both under the Taliban and after the Taliban had been evicted from power.

The first of its kind, the center aims to generate research focused on countries like Nigeria, where Christians are currently being subjected to crimes against humanity and are at risk of genocide.

"The Lindisfarne Centre aims not just to describe what is happening but also to explain why it is happening, as well as seeking to predict where it is likely to spread to," Dr. Parsons, a world-renowned expert on Islam and the persecution of Christians, told Church Militant.

"It is quite extraordinary that respected major human rights organizations and even the United Nations will simply ignore the persecution of Christians — preferring to focus on other minority groups," Parsons, who has a doctorate in Islamic studies, explained.

"It is urgent that the persecution of Christians, particularly in the Islamic world, is put back on the agenda of international bodies, governments and NGOs," he emphasized.

Eleven Christians are killed every single day in the 50 worst-offending countries.

"We are seeking to produce research that is both academically valid and accessible but without being merely anecdotal. We want to produce something that is sufficiently credible to be accepted as evidence in court cases involving persecuted Christians," Parsons added.

The center will help governments, international bodies, the legal system, journalists and other Christian organizations to understand the nature and the causes of the persecution of Christian minorities in the Islamic world.

"Because only when we understand why persecution is happening, can we see how it is likely to spread — and what can be done to stop it, or at least reduce its impact," Parsons said.

The center is using the name "Lindisfarne" to highlight the crisis of Christianity precipitated by the A.D. 793 Viking attack on the monastery at Lindisfarne, which was immediately followed by attacks on other monasteries and churches across Britain and Ireland.

Almost 340 million Christians around the world — or 1 out of every 8 — live in a country where they suffer some form of persecution.

According to the 12th-century Church historian Symeon of Durham, the Viking attacks almost totally eradicated Christianity in parts of northern England.

Parsons said the name was intended to highlight similar attempts at religious cleansing in locations such as northern Nigeria, parts of Egypt and recently in Syria and Iraq, which similarly put the whole existence of the Church there at risk.

Lindisfarne Centre has outlined 10 essential freedoms for Christians, including the freedom of the Church from State interference, freedom from being required to act against one's beliefs, freedom to establish places of worship and freedom to preach and try to convince others of the truth of one's beliefs.

It is also seeking to uphold the freedom from being required to affirm a particular worldview in order to hold public office, the freedom of parents to educate children according to their own beliefs and the freedom to criticize the religious or philosophical beliefs of others.

The center will use these 10 aspects of freedom of religion to assess individual countries because it gives a much clearer picture of religious freedom in that country than merely relying on the general statement of the Universal Declaration of Human Rights in article 18.

"These 10 aspects tell governments what specific areas they need to improve on," Parsons explained. "However, it also has the potential to remind politicians and policymakers in the West of what freedom of religion has historically meant in our own countries."

Researchers estimate that approximately 11 Christians are killed every single day in the 50 worst-offending countries.

Almost 340 million Christians around the world — or 1 out of every 8 — live in a country where they suffer some form of persecution, such as arbitrary arrest, violence, a full range of human rights violations and even murder.

According to the Pew Research Center, the number of countries where Christians are subject to a degree of government-enforced restrictions and communal hostility has grown from 108 in 2014 to 128 in 2015 and to 143 in 2017.

Parsons is the author of two major books, a fellow of the Royal Geographical Society with the Institute for British Geographers, a fellow of the Higher Education Academy and a practicing member of the Academy of Experts.