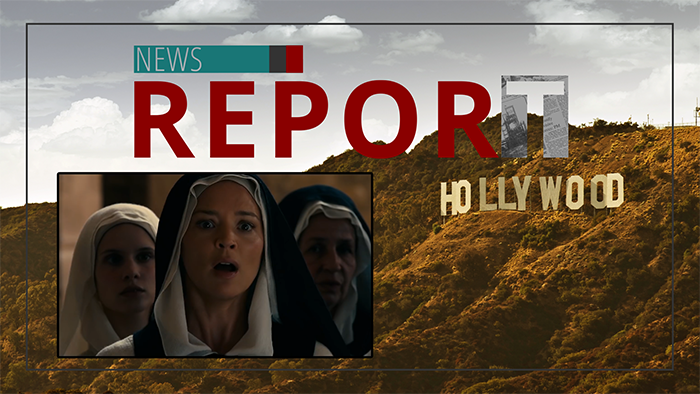 A new film about a 16th-century Italian nun has joined the list of "nunsploitation" films out of Hollywood. Church Militant's Kristine Christlieb pulls back the curtain on how the film is being received in Missouri's most Catholic city.

Protests are breaking out over Dutch director Paul Verhoeven's latest film. Verhoeven is best known for RoboCop, Total Recall, Basic Instinct and Showgirls. His new film, Benedetta, was released this week, just in time for Christmas. It's based on a real person, whose life is detailed in a book — Immodest Acts: The Life of a Nun in Renaissance Italy, published by Oxford University Press in 1986.

Verhoeven uses dreams and visions to showcase the acts of sex and violence he finds so essential. Hollywood never tires of the Catholic hypocrisy theme, and this film is no different.

Particularly offensive to Catholics is a sex scene involving a statue of the Blessed Mother. Saint Louis Resistance members and others in the Saint Louis community are having none of it. They showed up to protest at the only theater in town willing to show the movie — Landmark's Plaza Frontenac Cinema (located at the city's most upscale shopping venue).

Frank Malpocker, Saint Louis Resistance member: "We are on the hunt for anything that is offensive to the Catholic Church or our Blessed Mother; and the movie Benedetta is here, and it's a horrible, blasphemous movie against our Blessed Mother. Our tent is to call people's attention to it before they walk in there."

Protective of its private property, the mall's security, Brookfield Property Partners, would not allow Church Militant to film there.

Mall security officer: "Video recording is not allowed on the property without the permission of the mall."

In a recent interview, Paul Verhoeven revealed his next film will be about Jesus. Faithful Saint Louis Catholics have protested at the theater every night of the film's showing. The same group of warriors has also prevented three vaccine clinics from occurring in archdiocesan churches and schools.