Stands up for human life and opposes gender ideology

At his Installation Mass on January 28, Abp. Marek Jedraszewski celebrated Mass facing east, a traditional Catholic liturgical posture not often seen in many churchs. It was attended by five cardinals, numerous bishops and the president of Poland.

He has a history of slamming gender ideology and has once said it is worse than communism. Archbishop Jedraszewski's statements are particularly poignant because the Communists controlled Poland up until the late 1980's, and he was formed as a seminarian under this repressive regime.

Jedraszewski has repeated comments of Pope Francis and Pope Emeritus Benedict XVI, calling gender ideology worse than communism. He commented, "God created man as male and female, while gender ideology does everything possible to cancel differences between man and woman."

Late last year when Pope Francis named Abp. Jedraszewski to head up the archdiocese, pro-LGBT and progressives raged. The Catholic World Report called the fight around the installation of Abp. Jedraszewski a culture war. He had called transgenderism "absurd" and a "denial of reality,"

God created the man as male and female, while gender ideology does everything possible to cancel differences between man and woman.

Last fall when Polish Parliament was considering anti-abortion laws, Abp. Jedraszewski, who was then Archbishop of Lodz, Poland, celebrated a "save the women" Mass where all the faithful dressed in white, a symbol of purity.

Pope Francis has also warned of the dangers of progressivism and the culture of death in Europe. Pope Francis has called gender ideology an "ideological colonization" of the West.

Krakow is one of the few bright stars in the midst of hemorrhaging dioceses across Western civilization. According to a recent study, nearly 40 percent of Polish Catholics attend Mass, while 17 percent received Holy Communion weekly. Krakow in particular has more than 50 percent of Catholics attending weekly Mass and 19 percent receiving Holy Communion — very high numbers for a European country. 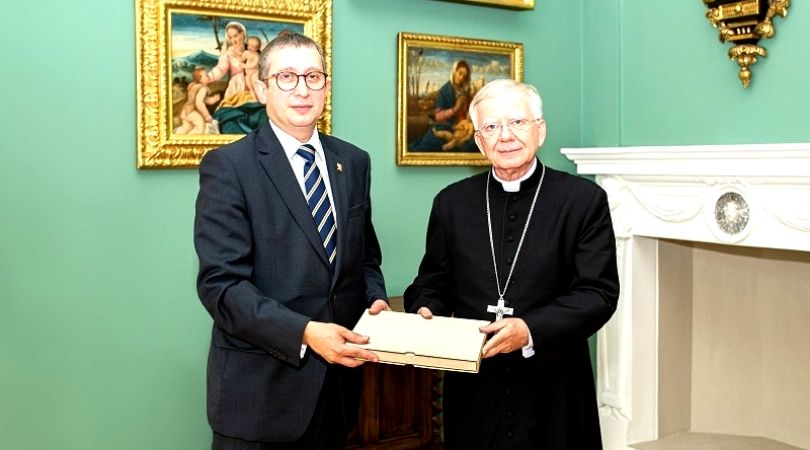 Watch
Over 55,000 Show Support for Polish Archbishop in Wake of Leftist Attacks
By William Mahoney, Ph.D.   •   0