"Come out for a drink or two or five to experience a Latino toast on Cinco De Mayo!"

NEW YORK (ChurchMilitant.com) - A New York parish is hosting a celebration at a notorious gay bar.

The LGBT ministry at Saint Francis of Assisi Catholic Parish in the archdiocese of New York is sponsoring a Cinco de Mayo celebration at Therapy, a gay hot spot in Hell's Kitchen known for anonymous sex in its restrooms.

One reviewer on Yelp is warning: "avoid the bathrooms if you can. They're unisex (which isn't the issue) but they're disgusting; they really should have an attendant, which I'm sure would cut down on the things we all know happen in unattended club bathrooms, but never say out loud (online at least)."

She posts: "come out for a drink or two or five to experience a Latino toast on Cinco De Mayo!"

Another Facebook post from the 2016 gay pride parade shows the parochial vicar of the parish, Fr. Michael Carnevale, proudly holding a rainbow flag with Augustin, who is also the music director for the parish.

In January, she posted her invitation to a Planned Parenthood fundraiser: "I adore this place. You will, too. They help rock my life." The LGBT group also held a Mardi Gras event at another gay bar just before Lent this year.

The Franciscan Friars of Holy Name Province are administrators of the parish and have active homosexual ministries at churches in Boston, Raleigh and Hartford. The Hartford gay book club recently promoted a book titled From Sin to Amazing Grace: Discovering the Queer Christ.

Scandalous events such as this are allowed in the diocese with support from the homosexual network that has been in place for decades involving high- ranking Church officials. Many priests have expressed concern and outrage about the hierarchy's support of gay priests and persecution of priests such as Fr. Robert Repenning the former paster of Holy Trinity Church in Poughkeepsie.

Father Repenning recently spoke out in an interview with Church Militant describing his mistreatment under Cdl. Timothy Dolan, who is refusing to assign him to a parish based on unproven concerns of combat-related PTSD.

Another example of the influence of the homosexual network is the gay-for-pay embezzlement scandal involving Fr. Peter Miqueli, who resigned after reportedly stealing over $1 million to fund his gay lifestyle. The New York archdiocese has not defrocked this priest. 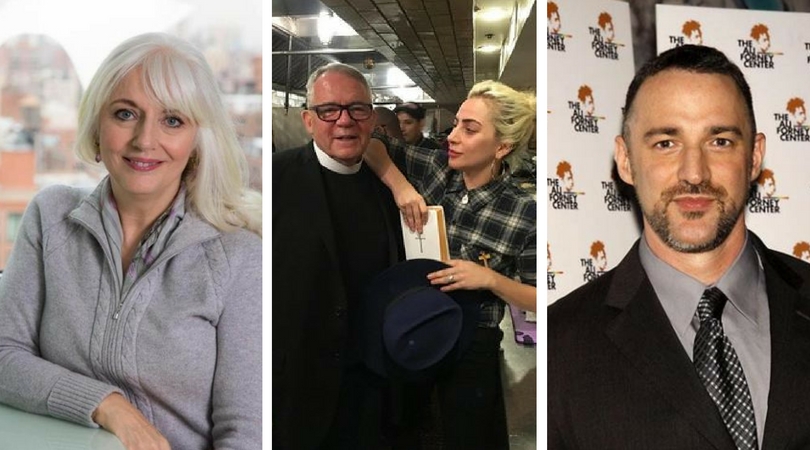