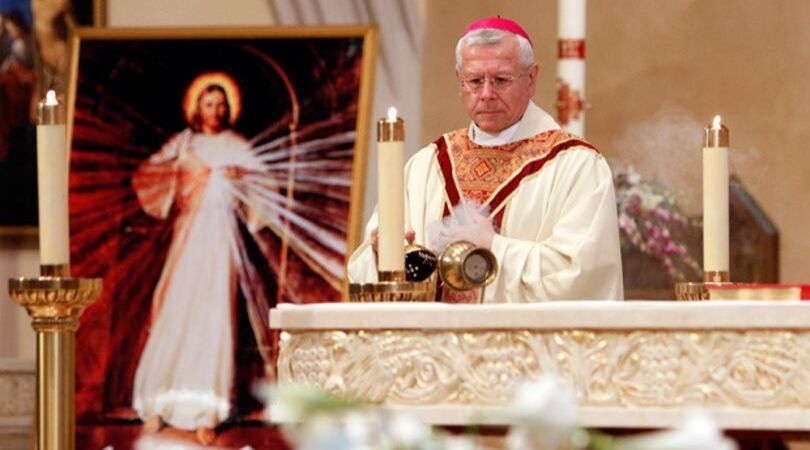 A showdown is brewing in the diocese of Manchester, New Hampshire between the forces of life and the culture of death.

At the center of the controversy is the diocese's attempt to merge Catholic Medical Center with Dartmouth-Hitchcock, which not only promotes and provides abortions, but also uses embryonic stem cells for research.

Among the keenest advocates of the proposed merger is none other than the bishop of Manchester, Most Rev. Peter Anthony Libasci. The current effort to consolidate the merger is actually the third attempt to draw the diocese into an alliance that undoubtedly will lead to compromise of the moral and ethical position of the Church in matters of life and death.

Catholics see the merger as the surrender of the Church to the culture of death in the name of 'expediency' and 'economy.'

The previous two attempts were thwarted by lay Catholics of the diocese, who saw the merger as the absorption of their pro-life medical center by the much wealthier secular counterpart, and the surrender of the Church to the culture of death in the name of "expediency" and "economy."

Despite the eagerness of the bishop to effect the merger, and the complicit silence of the clergy in the plan, a group of committed Catholic laity have joined New Hampshire Right to Life to prevent the move, determined to preserve the integrity and Catholic identity of Catholic Medical Center.

Libasci, the embattled bishop of Manchester, succeeded Bp. John McCormack on Sept. 19, 2011. McCormack was a key player in the Boston clerical sex abuse scandals, using his position in the archdiocese of Boston to move predator priests from one assignment to another, as they continued their pattern of abuse.

McCormack was rewarded for his role by Cdl. Bernard Law with the see of Manchester. In his wake, Libasci inherited a diocese fraught with difficulties. One priest, Msgr. Edward Arsenault, served as chancellor of the diocese from 1999–2009. In 2009, Arsenault became president and CEO of the notorious St. Luke Institute in Maryland, a facility for treating troubled priests and religious. Arsenault resigned from that lucrative post in 2013 when he was accused of stealing some $300,000 from Catholic Medical Center, a deceased priest's estate and the bishop himself.

Some of the funds stolen were spent on a male partner with aspirations to popular liturgical music. Arsenault pleaded guilty to the three charges in 2014, and served time in jail for his crimes. On Feb. 28, 2017 Pope Francis dismissed Arsenault from the clerical state, thereby revoking his status as a ministerial priest. Arsenault, who came up for parole in 2018, now lives under some form of house arrest.

The current judicial vicar of Manchester, Rev. Georges de Laire, who resides on a luxurious waterfront property in rural New Hampshire, has launched a campaign of persecution against a private association of the faithful in Richmond called The Slaves of the Immaculate Heart of Mary. That case is currently pending in Rome.

Meanwhile, Bp. Libasci sold Sacred Heart Church in Concord to a developer who turned the former house of worship into luxury homes for the privileged and entitled secularists of Concord. The project of converting a Catholic church into a complex of deluxe residences for the rich won for the developer an award, and made the front cover of New Hampshire Home, the journal for those with "swank and cash in the bank galore!" Church Militant is trying to determine the cash value of the award. One priest in a neighboring diocese suggests it was "thirty pieces of silver."

A demolition team spent Holy Week and the Easter Octave 2019 razing St Peter's Church in Concord. It's the newest and largest Catholic church on the east side of the Merrimack River. Plans are underway — again with the bishop's blessing — to tear down beautiful St. Joseph Church in Laconia, renowned for its medieval-style stained glass windows featuring scenes from the life of the Blessed Virgin Mary and from the life of Christ. A tiny shrine in the church displays in stained glass scenes from the life of St. Thérèse of Lisieux. The faithful have only a limited window of time to challenge the demolition of this exquisite church.

Rather than invite a religious community to take charge of St. Joseph Church, Libasci prefers to raze this beautiful edifice. Doubtless a financial bundle from the closure and sale of these churches will help Libasci shore up what is left of his dwindling diocese, riddled as it is with scandal. 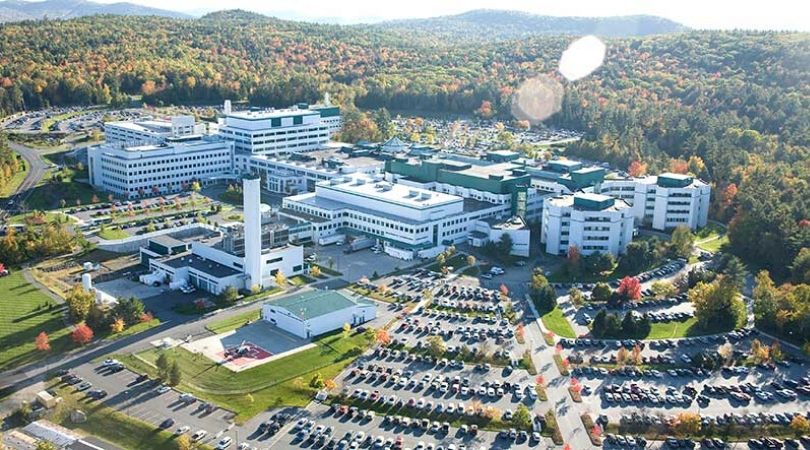 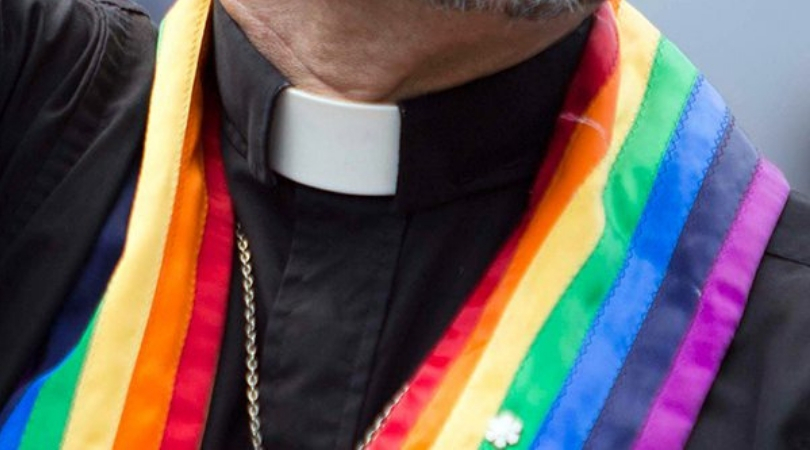 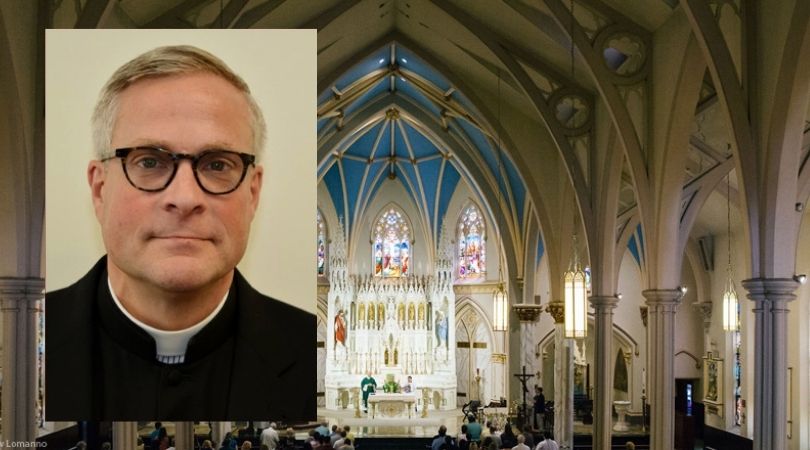