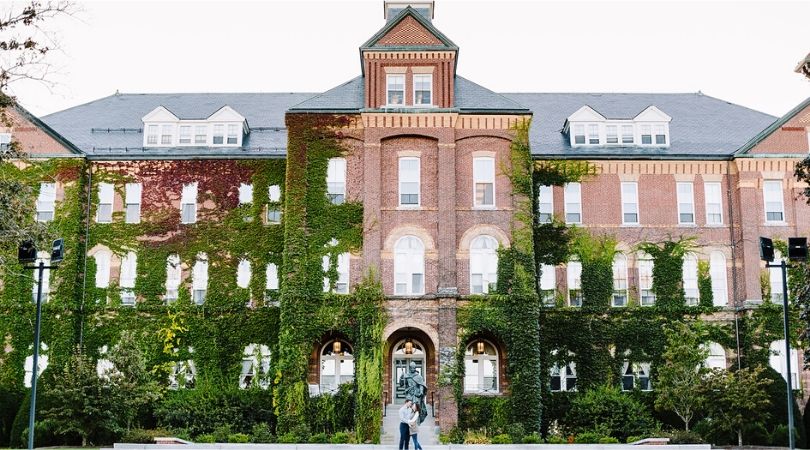 Monks vs. St. Anselm board of trustees

MANCHESTER (ChurchMilitant.com) - Saint Anselm College is at a crossroads, and the monks are suing their own college to stave off secularization and maintain its Catholic identity.

The college's on-campus Benedictine monks have sued the school their order founded, claiming the effort the board of trustees is making to reduce their power threatens the Catholic identity of the institution.

The lawsuit, filed in late November, asks a judge to prohibit college trustees from changing bylaws without the consent of the monks, whose religious order founded the university 130 years ago.

Changes made by the board "carry an unreasonable risk of the secularization" of St. Anselm College.

Abbot Mark Cooper wrote a letter to trustees stating that changes made by the board "carry an unreasonable risk of the secularization of St. Anselm College."

Ann Catino, chair of St. Anselm's Board of Trustees, said the college's accreditor, the New England Commission of Higher Education (NECHE), wants an independent board.

Catino said in a statement:

Instead of developing a governance structure aligning with the NECHE standards, where the Board has sufficient independence to fulfill its fiduciary duties to the College while preserving our Benedictine heritage, culture and identity, there has been resistance and opposition from the Abbot and a number of the members of the monastic community.

Yet it is not surprising the monks have reacted strongly.

Just two years ago, St. Anselm College made national news when the student leader of the college Knights of Columbus (KC) brought his "boyfriend" to one of its year-end parties. Calling it "an action that can lead to confusion and doubt regarding the Church's teaching," the KC chapter's faculty chaplain asked the student to resign. Some media outlets rushed publicly to defend the student.

The college also maintains an active student organization called the True Equality & Dignity Alliance. Its online description says nothing about giving moral, spiritual or psychological support for those who may be saddled with gender dysphoria or disordered same-sex attraction. Instead, the school's website ambiguously states:

The purpose of the True Equality and Dignity Alliance (TEDA) is to create a safe atmosphere on campus for students who identify as gay, lesbian, bisexual, transgender, and allies of those students. TEDA shall do this by supporting these students, discussing current and relevant news in the media, and providing a welcoming environment for identifying students to gather together as a community.

On a faculty web page, the group's faculty advisor is dubbed "Core Council LGBT Ally" alongside his name and credentials.

The college has been included on a list of "gay-friendly colleges and universities."

St. Anselm College made national news when the student leader of the college Knights of Columbus brought his 'boyfriend' to one of its parties.

Ironically, another student group at the college called "Unhooked" does reflect Catholic doctrine and thinking. Its purpose and mission is "to enrich campus discussion on matters of marriage, family, and sexual integrity by providing a much needed alternative voice in support of chastity and the sexual norms surrounding it."

Despite maintaining an on-campus chapel offering prayer through the day and celebrating the Holy Eucharist twice daily, St. Anselm is not included in the Newman Guide for Recommended colleges, which highlights schools preserving Catholic orthodoxy.

According to unnamed sources, much of the faculty does not support the monks' aim of keeping the college truly Catholic, and the theology department is said to be a mixture of heterodox and orthodox professors.

It is a pattern familiar at other religious schools, colleges and universities.

For the past half century, the forces of secularization — which include financial pressure and faculty whose Catholic faith is weak or non-existent — have combined to dilute the religious identities of many Catholic and Protestant institutions.

For example, Catholic colleges have dispensed contraception and made referrals for abortion through their "health centers." Boston College removed crucifixes from classrooms in exchange for federal money and pro-abortion Barack Obama was invited to speak at University of Notre Dame University.

Heterodoxy has generally been reported to emanate from the theology departments of most of the older Catholic educational institutions, which began as great intellectual lights of Catholic truth.

Church Militant contacted the monks and the chairman of the board of trustees for comment, but received no response as of press time.