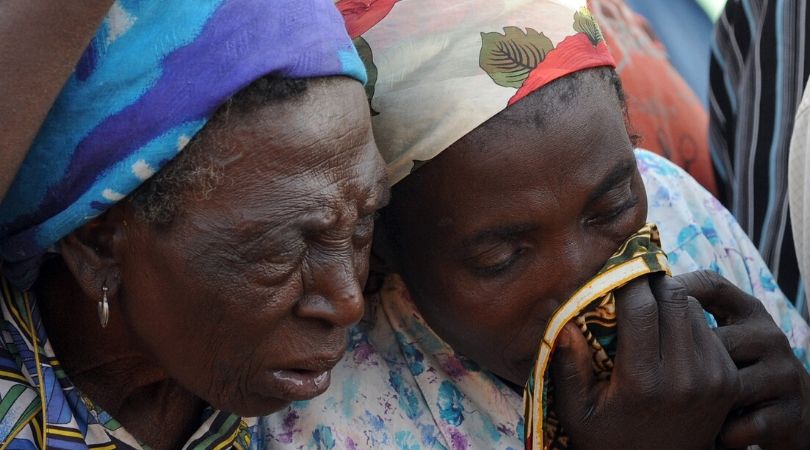 ABUJA, Nigeria (ChurchMilitant.com) - While the Western world has heard of the atrocities occurring in Nigeria, one Frenchman, frustrated with the inaction, decided to do something about it.

Bernard-Henri Lévy, influential philosopher, recently took a trip to the African country and documented what he saw. At the beginning of December, the author published a lengthy report noting the massacre of Christians in the south by the Fulanis, an ethnic group from the north whose population is 90% Muslim. With his story he hopes to raise awareness and draw public attention to the beginnings of what he fears to be an ethnic cleansing. He believes the injustices have been met with indifference by most Western observers.

This is what is at stake on this journey to the heart of the Nigerian darkness.

Lévy heard the terrible stories, but like most people living lives of comfort, he ignored them. "It's terrible to say," Lévy notes, "but that's how it is — neither the time nor the availability of mind to act."

After hearing from Nigerians themselves in the midst of their difficulties, he searched for more information. "The feeling [I got] that the world, governments, international organizations, are deaf," he said, finally gave him the motivation to act.

Now Lévy is speaking on behalf of Christians living in the territory. "Will history be repeated in Nigeria?" Lévy asks, referring to the Rwandan genocide of 1994.

Will we wait, as usual, for the disaster to be consumed in order to be moved? And will we remain idly by while Islamists internationally, contained in Asia, who fought in Europe, and have been defeated in Syria and Iraq, open a new front on this immense land where the sons of Abraham co-existed for a long time? This is what is at stake on this journey to the heart of the Nigerian darkness.

He noted the massacre of Christians in the south by the Fulanis.

"The problem is," he asserts, "that we are witnessing, among the Fulani in Nigeria, an ethnic, religious and political radicalization." Lévy makes sure to clarify that these are not all the Fulanis, but only those who have been radicalized; and these are usually among the Fulani shepherds.

"But the radicalization movement exists ... and it accelerates," he notes. This radicalization is rooted in ethnic and religious hatred. Lèvy also observes political correctness getting in the way of seeing the situation clearly.

"This is the reality," he says. "Christianity, in Nigeria, as in Pakistan, Indonesia, and elsewhere, is once again becoming a religion of martyrs. There is a whole part of the world where Christians are once again thrown to lions and pursued with hatred whose sole reason is that they have embraced the Christian faith."

'Will history be repeated in Nigeria?' Lévy asks, referring to the Rwandan genocide of 1994.

Lévy describes some of the Christians he met in Nigeria, and how they greatly suffered from Fulani herdsmen. He filmed the testimony of one young evangelist in Godogodo, Kaduna State, Jumai Victor, who is missing an arm.

The Fulanis came into her town at night on motorcycles, shouting "Allahu akbar!"

"They burned the houses. Killed [a man's] four children before his eyes," says Lévy. "And, when [Jumai's] turn came and they saw that she was pregnant [they] just cut her arm, with a machete, like the butcher: first the fingers; then the hand; then the forearm; and then the rest."

Lévy met the local bishop, who has had his own dealings with Fulani. He told Lévy that he "had his animals stolen three times. … The third time, [he] was dragged into his room… he threw himself on his knees and began to pray, eyes closed ... until the sound of a helicopter covered his prayer and chased [away] the attackers."

The bishop said the attacks appear more and more to be a "methodical ethnic and religious cleansing."

"Before we can barricade or flee, they are in [our] houses, machining, running towards the cries at night, looking for pregnant women, burning, looting, raping," the bishop said. "They don't necessarily kill everyone. At one point, they stop. They recite an occasional surah, gather the frightened animals and leave as they came, very quickly."

"There must be living people left to tell," he insisted. "Witnesses must remain to say, in the villages, that the Fulanis are capable of anything."

The bishop's claims were confirmed after Lévy met with 17 Christian leaders in Abuja. They also said the Muslim Brotherhood is radicalizing local mosques, which are multiplying, while churches are being burnt.

In Lagos, confirming that the hatred has roots in race and ethnicity as well as religion, Lèvy overheard someone named Abdallah complaining: "There are too many Christians in Lagos. Christians are dogs and sons of dogs. You say Christians. But, for us, they are traitors. They took the religion of the Whites. There is no room here for the friends of white people, these unclean people."

While finding solace in the knowledge that media outlets around the world are heeding his message, Lèvy still laments: "There is only one worthwhile civilization war: that which, within Islam, pits, I repeat, the friends of freedom against its enemies."