Father Alexander Santora, pastor of Our Lady of Grace in Hoboken, New Jersey, wrote and tweeted praise for Lutheran Pastor Rose Beeson's renaming ceremony that was held on Sunday. "Hoboken's Lutherans Make history, in the spirit of Luther's 500," he tweets, "as Pastor Beeson transitions from Rose to Peter in renaming ceremony this Sunday."

In his Faith Matters article he wrote for the Jersey Journal on February 7, he opened it with, "When Jesus called Simon to be his first apostle, he changed his name to Peter," going on to praise Beeson's persistence and the "gay-friendly" congregation.

Father Santora's Twitter feed is populated with almost daily criticisms of President Trump, including crass language and links to his article describing his first trip to a marijuana dispensary. Santora called Hillary Clinton, "the Healer in Chief."

Church Militant reached out to Jim Goodness, director of communications for the archdiocese of Newark, to find out if they were concerned about the political nature of Fr. Santora's social media posts. Goodness did not respond to our request for comment.

Goodness had promised in 2017 to look into the posts of another diocesan priest for his political Facebook posts and tweets. Father Peter West, pastor at St. John's Catholic Church in Orange, New Jersey, was bashed in a 2017 article in NJ.com for "withering attacks" on Muslims and liberals on social media.

Jim Goodness, the director of communications for the archdiocese of Newark, told N.J. Advance Media:

Certainly, a priest doesn't give up his civil liberties when he is ordained, and he maintains the same right to freedom of expression as anyone else in the United States. That said, we are concerned about Fr. West's comments and actions and will be addressing them according to the protocols of the Church.

Reports at the time pointed out the double standard of the diocese, explaining that Fr. Santora was posting equally political statements in praise of Hillary Clinton and bashing Trump.

Reacting to the lies as if they are true, by silencing Fr. West, would be the worst decision the archdiocese of Newark could make.

Father West spoke to LifeSite telling them the NJ.com article "has half-truths, distortions of the truth, and I would say outright lies in it." Fr. West denied that he was dissenting from the teachings of the Church, saying he considers himself a "faithful Catholic."

"I may have some opinions that diverge from that of some of the bishops. I have promised in the future that I'm not going to take a position on anything that's contrary to the stated positions of my ordinary," he said.

Supporters of Fr. West even started a petition for him urging the "archdiocese of Newark to condemn the false, inaccurate and out of context article by NJ.com." The petition states, "Reacting to the lies as if they are true, by silencing Fr. West, would be the worst decision the archdiocese of Newark could make" and calls on the diocese to "correct NJ.com, as well as call them out on their falsehoods, mischaracterizations and obfuscation."

Father Santora has also written praise for John J. McNeill, the Jesuit ex-priest who wrote The Church and the Homosexual, where he pushed the theory that homosexual relations are moral and have inherent goodness. McNeill left the priesthood to marry his gay lover.

Father Santora ended his piece on the transgender Lutheran pastor writing, "In the 501st year since Martin Luther shook up the Catholic Church, a quiet, determined Hoboken priest is challenging Christianity's understanding of gender and morality." 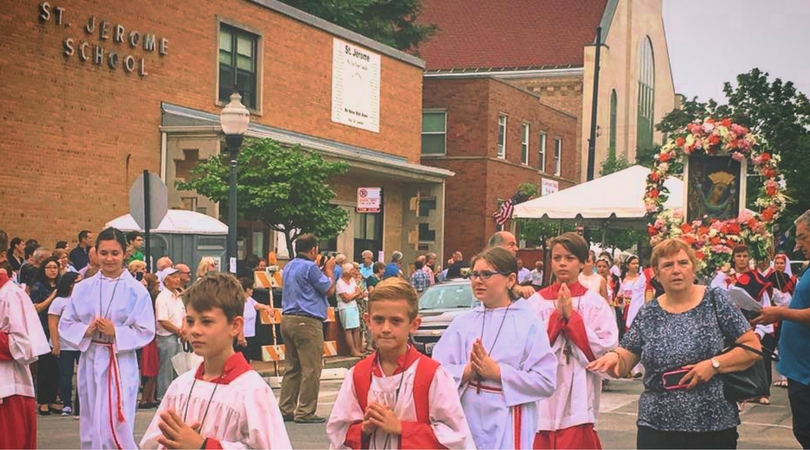