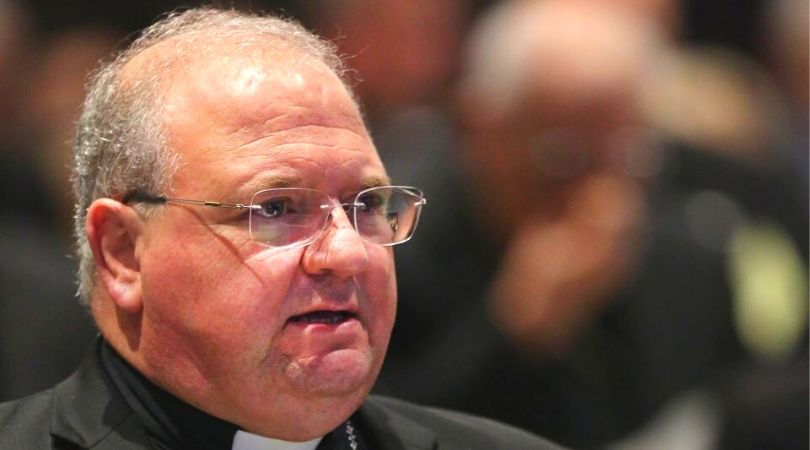 LAS CRUCES, N.M. (ChurchMilitant.com) - A whistleblower says a New Mexico bishop has a closely knit history with the infamous Theodore McCarrick based principally on money.

James Grein, who exposed the serial sexual predator in July 2018, told Church Militant Bp. Peter Baldacchino of the diocese of Las Cruces traveled often with McCarrick, who ordained Baldacchino to the priesthood in 1996.

"McCarrick and Baldacchino were close compatriots in New Jersey because of his [McCarrick's] ties in Malta," Grein told Church Militant.

Baldacchino was born and raised in Malta, an island group in the central Mediterranean between Sicily and the North African coast where St. Paul was once shipwrecked.

"[Because Baldacchino hailed] from an island country, McCarrick always invited Baldacchino to the Turks and Caicos Islands for winter trips, and Baldacchino was influential enough to get other men to join them," said Grein. "It was the money they shared."

"McCarrick paid for Baldacchino's friendship after they roomed together in the Turks and Caicos Islands."

"It is all about money," he concluded.

It is all about money.

In his early thirties, Baldacchino entered the Redemptoris Mater Seminary in the archdiocese of Newark, New Jersey, where then-Abp. McCarrick ordained him to the priesthood for the archdiocese in 1996.

Baldacchino was a priest for the archdiocese of Newark for 18 years, but spent 15 of those years in the Turks and Caicos Islands, an island group southeast of the Bahamas, where the archdiocese has had a mission since 1998.

The Vatican Estate Corps (VEC) was formed in 1999, the same year McCarrick sent Baldacchino to the Turks and Caicos Islands, which are still a "special mission" the Vatican controls directly and headed by Newark archbishop Cdl. Joseph Tobin. Tobin is on the board of the Papal Foundation, which "has provided over $156 million in grants and scholarships to build the Church," according to the website.

McCarrick was installed as archbishop of Washington, D.C. on Jan. 3, 2001. Twenty-eight days later, the VEC was disbanded.

Baldacchino was rewarded for his work in the Turks and Caicos when Pope Francis appointed him auxiliary bishop to Abp. Thomas Wenski of the archdiocese of Miami, Florida, where Baldacchino was consecrated a bishop in 2014.

Present at that episcopal ordination was Theodore McCarrick, according to the archdiocese of Miami:

A crowd of more than 1,200, many of them playing guitars and banging drums in the hot sun outside, watched as Bp. Peter Baldacchino was ordained auxiliary bishop for the Archdiocese of Miami ... present was Cdl. Theodore McCarrick, emeritus of Washington, D.C., who ordained Bp. Baldacchino as a priest and a deacon when he was archbishop of Newark, New Jersey.

After five years in Miami, in 2019, Francis appointed Baldacchino bishop of Las Cruces, New Mexico, where he is the current local ordinary.

Multiple sources have come to Church Militant with inside knowledge of clergy sex abuse and rampant homosexuality among clerics in Malta.

This closely knit history of Baldacchino and McCarrick plays into a developing story regarding Baldacchino's native country of Malta.