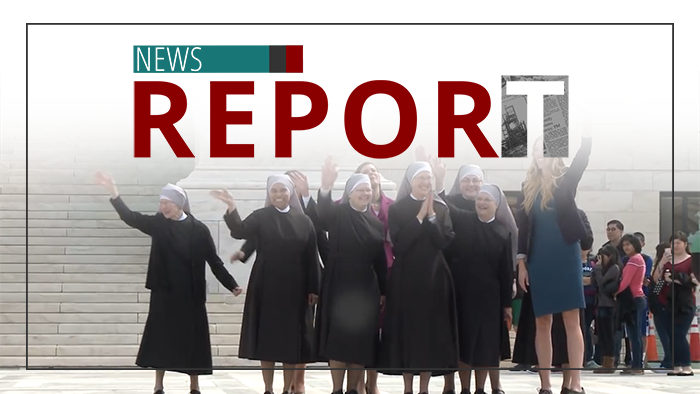 Catholics are calling on Democratic lawmakers to break with their party and stand for religious liberty.

The Catholic Coalition Against Religious Tests for Office has written a letter to five Senate Democrats facing tough re-election fights this year.

Several Catholics in recent years have been drilled by Democrat politicians for their Faith.

In 2017, Sen. Dianne Feinstein slammed then-judicial nominee Amy Coney Barrett over her Catholicism. "The conclusion one draws is that the dogma lives loudly within you, and that's of concern," she said to the nominee.

In 2018, Sen. Kamala Harris and other Senate Democrats took an accusatory tone in written questions to Brian Buescher, now a federal judge, due to his involvement in Knights of Columbus.

During Justice Brett Kavanaugh's confirmation that year, Sen. Cory Booker asked about the firing and hiring of homosexuals — an issue that the court just ruled on this past Monday, in favor of gays and transgenders.

Booker: "Do we have a legal right to fire someone just because they're gay, in your opinion?"

The recent petition from Catholics claims 22 Democratic state attorneys general are persecuting the Little Sisters of the Poor, trying to force Catholic nuns to pay for contraception — a holdover from the Obama era and a court fight dragging on for 10 years.