DETROIT (ChurchMilitant.com) - A new website is encouraging laity to donate only 9 cents in the collection basket to send the message that they will not give one more dime.

The new website is called Not 1 Dime. It asks Catholics to temporarily withhold donation money from the Church until U.S. dioceses instruct people with allegations of clerical sexual abuse to report to law enforcement first.

In the wake of the U.S. Catholic Church's "Summer of Shame," some bishops released statements encouraging people to contact the police, some bishops encouraged contacting the diocese and some recommended both. But the people behind Not 1 Dime want all the bishops to tell people with allegations to go to law enforcement first.

Responsible for the website are brothers Ed Riehle and Ray Riehle. Church Militant was in contact with the Riehles about the reason for creating the site and what they hope to achieve.

They said the message they want to send to Church leaders is, "In any case of abuse, the first person that should be called is a man or a woman who carries a gun and a badge — no question, no debate, no hesitation. Call law enforcement first."

Writing to Church Militant on Tuesday, one of the brothers, Ray, described how the site came into existence in 2018, leading up to Advent:

On November 12, we saw that Pope Francis had told the American bishops not to vote on addressing the abuse crisis until February. ... I was very angry and an idea about 'I wouldn't give a dime' ran through my head. Later that day I looked at GoDaddy for the website 'Not1Dime.' It was free and I claimed it that day.

The next morning I was going to meet my brother Ed for breakfast. I ran through a few ideas on the drive and we had a great conversation. The conclusion was we wanted to deliver a message to Pope Francis and the American bishops that they couldn't ignore. Financial pressure is a strong lever, but it is more than that. It is an outlet where anyone can get involved in effecting positive change.

The brothers said at another point, "The first cut of the website was up just after Thanksgiving. The goal was to try to get the initial message out before Advent."

They then sent out letters to U.S. dioceses.

"About a third [of the letters] were mailed before Advent," Church Militant was told, and the rest were mailed out over the next week or 10 days.

In any case of abuse, the first person that should be called is a man or a woman who carries a gun and a badge — no question, no debate, no hesitation. Call law enforcement first.

One page on the website titled "Call to Action" exhorts readers:

Fellow Catholics, starting the first day of Advent, December 2, 2018 join Not 1 Dime and place 9 cents (a nickel and 4 pennies) in the collection basket during Mass. As we start 2019 it is critical to continue the effort until every Diocese has in place policies that include a very clear statement that the first call is to Law Enforcement.

The brothers said their hope was "that all U.S. bishops clearly state that the first call when there is a suspicion of abuse is to law enforcement."

The Riehle brothers explained their reasoning for this, saying of law enforcement officials, "They know what they are doing and they know how to investigate abuse cases so that harm to the victim is minimized and false accusations don't move forward."

They recommend that people withhold their donations to the Church temporarily, setting aside the money they would donate and then eventually giving it all to the Church once Church leaders start telling abuse victims to go to law enforcement first.

One part of the website reads, "We recommend that anyone who participates in Not 1 Dime start their own personal Escrow Account with the money they would normally give to the Church. If appropriate actions are taken the money can be given at a later date." 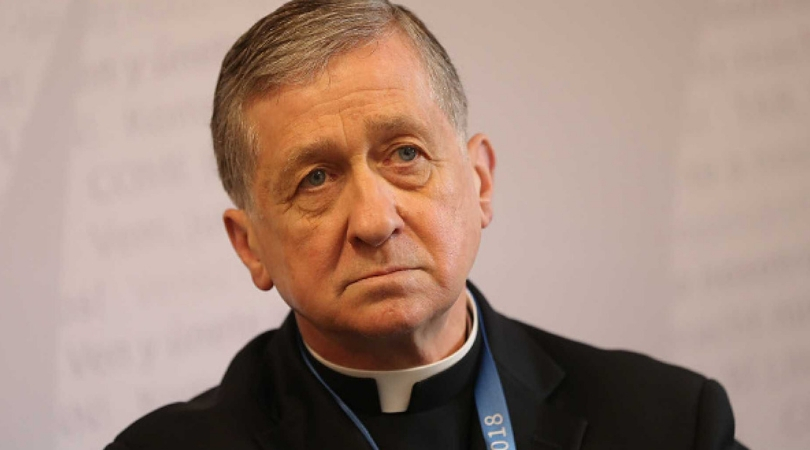 Cardinal Cupich Eats His Own Foot
By Michael Hichborn   •   0