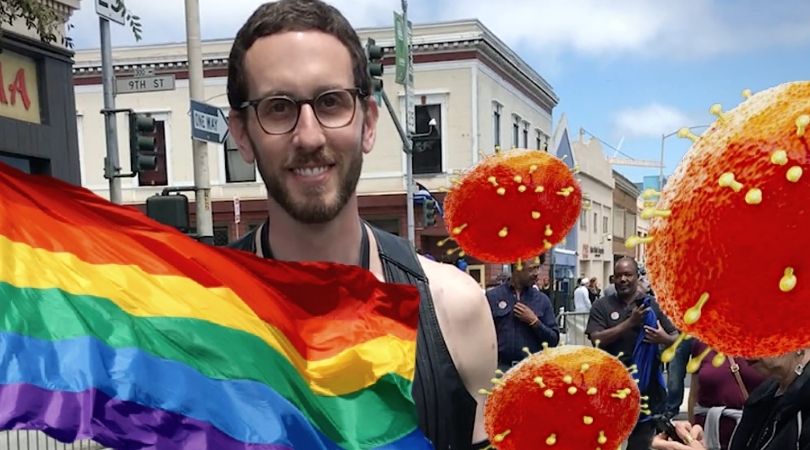 SAN FRANCISCO (ChurchMilitant.com) - A California Democrat is pushing back against proposed monkeypox restrictions, equating them to HIV-related "sex shaming."

California state senator Scott Wiener believes homosexual men should not face any restrictions on their homosexual behavior regardless of the health dangers the monkeypox virus could present to sexually active homosexuals.

"Lots of sex shaming of gay men around monkeypox. The same shaming we saw in the 1980s [regarding] HIV. Lecturing people not to have sex isn't a public health strategy. It didn't stop HIV — it made it worse — and it won't stop monkeypox," the far-left Democrat posted on Twitter.

Lots of sex shaming of gay men around monkeypox. The same shaming we saw in the 1980s re HIV.

Lecturing people not to have sex isn’t a public health strategy. It didn't stop HIV — it made it worse — & it won't stop monkeypox.

What will work is vaccination, testing & education.

Last week, the Centers for Disease Control and Prevention, echoing a World Health Organization directive, issued guidance that encouraged sodomites to "limit your number of sex partners to reduce your likelihood of exposure" to monkeypox.

Wiener's outcry over monkeypox-related restrictions is quite different from his response to COVID-19 pandemic-era restrictions.

In April 2020, the homosexual politician slammed anti-vaccine activists and anyone who did not "#StayHome" during the pandemic. The California leftist claimed those Americans displayed "selfishness, hostility to science and health care workers," and were "choosing to get other people infected with a deadly disease."

Wiener called for a federally enforced "national mask mandate" to "beat the virus."

In 2017, the California Democrat authored legislation that reduced from a felony to a misdemeanor the charge for intentionally and knowingly spreading HIV.

After the California Senate passed the bill and then-governor Jerry Brown, D-Calif., signed it into law, Wiener praised the legislation because it supposedly reformed "outdated laws that unfairly criminalize and stigmatize" active homosexuals who have HIV.

Also in 2017, Wiener advanced legislation that allows the state to jail residential care workers for a year and fine them $1,000 if they "willfully and repeatedly" refuse "to use a transgender resident's preferred name or pronouns." The measure ultimately passed.

Responding to freedom-of-speech and religion advocates, Wiener hit back at criticism saying, "Everyone is entitled to their religious view. But when you enter the public space, when you are running an institution, you are in a workplace, you are in a civil setting, and you have to follow the law."

Fast forward to 2020, Wiener sponsored a bill that did away with requiring pedophiles to be registered as sex offenders. The bill was signed into law by California governor Gavin Newsom.

Supporters of the bill claim it resolved "a discrepancy in the law that treats vaginal intercourse with an underage teen (ages 14–17) less seriously than other sex acts with a teen the same age."

As Church Militant previously reported, the previous California law allowed judges to decide whether or not a pedophile who engaged in vaginal intercourse would be listed on the sex offender registry, but required it for other forms of sexual assault.

"This distinction in the law is irrational and discriminatory towards LGBTQ youth," said Wiener. He added that the state's sex offender list continued "to draw that distinction — an antiquated, outdated, leftover distinction — that somehow oral sex is worse than vaginal sex."

Wiener's bill seeks to provide chemical castration for children all across the U.S. West.

The state senator believes the earlier anti-prostitution laws discriminated against transgender and African American prostitutes since law enforcement could allegedly "arrest someone based on how they look," which he claimed targeted "trans women" and "women of color." Newsom signed the Wiener-endorsed bill into law on July 1.

Last month, Wiener continued his progressive lawmaking by pushing a bill in the state legislature that could make California a destruction zone for gender-confused children.

SB107 would allow vulnerable minors, regardless of their state residency or lack of parental consent, to come into the state to receive irreversible transgender surgeries and body-morphing hormones. While the children are in the Golden State, the state judicial system would establish "temporary emergency jurisdiction" over them.

With states such as Alabama, Texas, Arizona and Oklahoma aiming to pass legislation that wholly bans so-called gender-affirming care, Wiener's bill seeks to become a vehicle for chemical castration of U.S. children.

"Parents should never be separated from their kids or criminalized for simply allowing them to be who they are. We need to hold firm in our support for the LGBTQ community and stand with LGBTQ youth," the far-Left, anti-nuclear-family politician commented on the controversial bill.