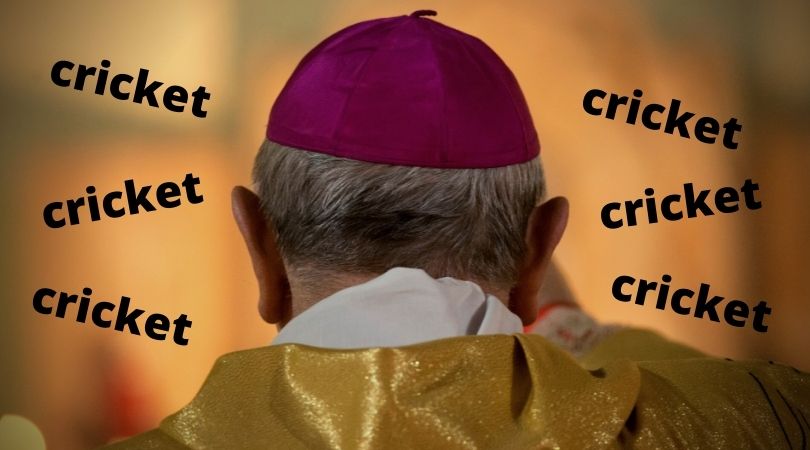 The bishops' response is silence

The United States Conference of Catholic Bishops (USCCB) is marked by ambiguity. Its continuous silence on crucial issues has created a lot of confusion among the faithful on doctrinal matters.

The recent victory of pro-life Americans relegating abortion law to the states has received a pallid, lukewarm, cowardly word of support from the USCCB. Even if they tried, the hierarchs couldn't praise it less enthusiastically.

From the majority of bishops, who are supposed to be guardians of Church doctrine and the main defenders of the right to life, all we have heard from them is … crickets.

Silence on So Many Issues

Only about a dozen or so bishops gave public support to Abp. Salvatore Cordileone's decision to ban House Speaker Nancy Pelosi from Holy Communion. From the hundreds of bishops who supposedly teach, govern and sanctify the faithful people of God, what do we hear?

Vice President Kamala Harris has a history of sometimes voicing support for legalizing prostitution in America. Since prostitution is the most ancient vice in history, I believe the prefix "vice" is very appropriate for the vice president. If she succeeds, human-trafficked young women, mainly from Latin America and the Middle East, will fill up the pockets of the brothel-keepers, but some may see in it an economic improvement in society.

Have the bishops issued statements, teachings or even suggestions denouncing the legalization of this vice proposed by the current vice president?

The Democratic Party is complicit in modern-day slavery in America.

The Democratic Party is complicit in modern-day slavery in America as its open-border policy enables the crisis of human trafficking — including among children — across the southern border. Their ideological stance has not been properly denounced. Have the bishops ever made a pronouncement against international human trafficking?

Still on the issue of slavery: to this day, Muslims buy and sell Black slaves in North Africa, consistent with guidance from their fake prophet Muhammad. Have the bishops ever made a pronouncement against slavery overseas by the followers of Muhammad?

Drag queens tell stories to children in public libraries in many places in America. The behavior is condemned in Sacred Scripture: "A woman shall not be clothed with man's apparel, neither shall a man use woman's apparel: for he that doeth these things is abominable before God" (Deuteronomy 22:5). The drag queens corrupt children by confusing their young minds, training them to accept abomination as natural.

What have the American bishops said to defend the minds of those little ones?

What would Jesus say to the bishops and priests who ignore natural law, Holy Scripture and Church law by giving Holy Communion to fake Catholics of every ilk? They are actually showing they hate those politicians by maintaining them in a constant state of grave sin and keeping the gates of Heaven closed to them!

As leaders of God's people, they have largely proved themselves to be useless.

Joe Biden removed Nigeria from the list of countries that suffer religious persecution in spite of thousands of indiscriminate murders of Catholics who are a special target of Boko Haram and other terrorists. What have the bishops said about the decision of Joe Biden to remove Nigeria from the list, and especially what have they said about the murder of our fellow Catholics in Nigeria?

Allowing dissent is abundant in the Church today. Homosexual priests and seminarians are protected by the hierarchy, and even members of the same hierarchy participate in or cover up the unnatural vice.

But there are faithful priests who maintain their allegiance to the Magisterium of the Church, to the teachings of Sacred Scripture and Sacred Tradition, and such priests are canceled by their bishops!

The Vortex: The Cry of Priests

It is the Inquisition in reverse. In the past, people accused of being heretics were tried by the Inquisition; today, faithful priests and lay people are the ones suffering persecution by the new inquisition. Heresy reigns supreme.

There are many more examples where all we hear are crickets. As leaders of God's people, bishops have largely proved themselves to be useless.

I remember in my childhood watching the beautiful cartoon Pinocchio, whose character by that name was a liar, like so many bishops today, who lie in fact or in silence. But Pinocchio had a conscience, Jiminy Cricket, who brought him back to reality.

Since many bishops speak the language of crickets, they would do well in listening to the dictates of conscience, if they still have it, in order to assume their role of teaching, governing and sanctifying the people of God — lest they hear from Our Lord what He said to the Scribes and Pharisees (Matthew 23):

Woe to you, Scribes and Pharisees, you hypocrites! You shut the door of the kingdom of Heaven in people's faces. You neither enter into Heaven, nor allow to enter those who want to! ... You travel over land and sea to win one single convert, and when you have succeeded, you make him twice as much a child of Hell as you are! … You blind guides! Blind fools! You strain out a gnat but swallow a camel! … You are like whitewashed sepulchers, which look beautiful on the outside but on the inside are full of the bones of the dead and everything unclean. In the same way, on the outside you appear to people as righteous, but on the inside you are full of hypocrisy and wickedness. … You snakes! You brood of vipers! How will you escape being condemned to Hell?

Bishops are successors of the Apostles of Jesus Christ. If they are not like St. John, who stood by the Cross and took Our Lady into his house, they will succeed another Apostle, the son of perdition who betrayed the Lord and lost everything, including his salvation. 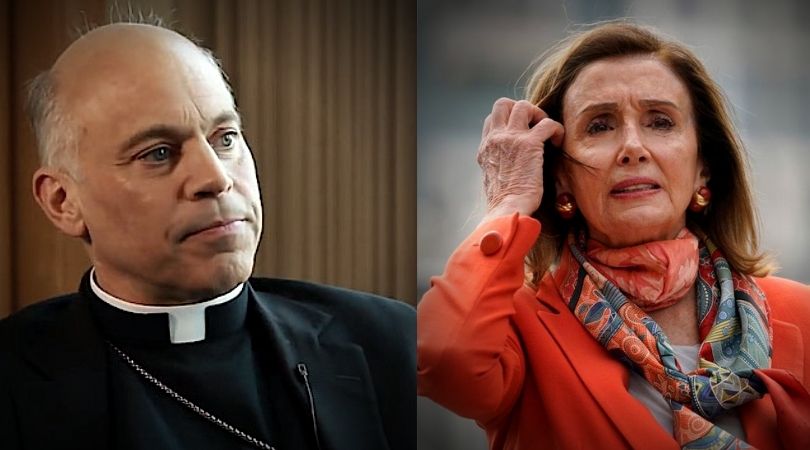