SOUTH BEND, Ind. (ChurchMilitant.com) - The University of Notre Dame is once again aligning itself with the pro-homosexual agenda while claiming to be a faithful Catholic institution.

On February 3, the Gender Relations Center (GRC) and Campus Ministry are co-hosting an LGBTQ retreat on campus, which, rather than presenting Church teaching, promotes homosexuality as a "grace" from God and the way "God wants them to love."

This retreat proposes to help LGBTQ students understand that being LGBTQ is a grace and, as such, they must love God and others out of this grace. LGBTQ people love God and love others as LGBTQ people. That is their unique mode of loving. And it is how God wants them to love.

The retreat is open to all students from the tri-campus community — Notre Dame, Holy Cross College and Saint Mary's College — but is "geared toward students of the LGBTQ community." It will include the sacrament of confession and Mass.

Free clip from CHURCH MILITANT Premium
WATCH MORE LIKE THIS
The event comes less than three months after the GRC and Campus Ministry co-sponsored a lecture by Fr. James Martin, S.J., who spoke on his book, Building A Bridge: How the Catholic Church and the LGBT Community Can Enter into a Relationship of Respect, Compassion and Sensitivity. Father Joseph Corpora, C.S.C., the chaplain to LGBT students, organized the talk. He's also the contact person for the upcoming LGBTQ retreat.

Corpora commented that the book is "the most tame book you're going to read. All it's trying to say is how the Church and a community — namely the LGBT community — might each learn to respect and value each other."

Although it's true that Martin's book does not explicitly contradict Chuch teaching, Martin has been criticized by high-ranking prelates for leaving out Church teaching on the need for chastity.

Cardinal Robert Sarah, prefect of the Vatican's Congregation for Divine Worship and the Discipline of the Sacraments, issued a public rebuke to Martin in an op-ed for the Wall Street Journal in September, citing Martin's omission of key doctrine on chastity.

"For the unmarried — no matter their attractions — faithful chastity requires abstention from sex," Sarah noted. "With God's grace and our perseverance, chastity is not only possible, but it will also become the source for true freedom."

Sarah reminded readers of a fact Martin refuses to admit: that homosexual acts are "gravely sinful and tremendously harmful to the well-being of those who partake in them."

Martin himself admitted that he deliberately left out any discussion of chastity because he is "no moral theologian and did not want to enter into a discussion about church teaching on sexual activity."
Homosexual acts are 'gravely sinful and tremendously harmful to the well-being of those who partake in them.'
Responding to pushback he received before Martin's talk at Notre Dame, Corpora said, "But this borders on being hateful, the way the email is written: 'We are calling for the immediate rescinding of this invitation, and this priest does nothing but promote animalistic urges inside of humans,' which is simply not true."
Martin is known for his attempts to normalize homosexuality. He has said that chastity is not required of homosexuals, that Catholics should "reverence" gay "marriage, that "transgender" children should be able to register for religious education under their preferred sex and that people who have left the gay lifestyle do not live an "integrated life."
The popular Jesuit also supports a dissident priest, Fr. Gregory Boyle, S.J., who publicly promotes gay "marriage" and women "priests." Martin has also claimed dissident Sr. Jeannine Gramick, a pro-gay nun who founded New Ways Ministry, should be canonized a saint. He also accused faithful Catholic critics of being "homophobic" and "close-minded."
Martin has expressed his opinion that active gays should be able to kiss during Mass and insists homosexuals are "born that way" and they "can't change."

The Catechism of the Catholic Church states that "homosexual acts are intrinsically disordered. They are contrary to the natural law. They close the sexual act to the gift of life" (2357).

The university recognized its first and only official student LGBT club, Prism-ND, in 2013. Its website states that the organization is "dedicated to fostering development of the campus LGBTQ community, and raising awareness of the community’s needs – all from a Catholic lens." However, the group holds campus events like "Coming Out Day" in October and "Stand Against Hate Week" in November, which celebrates the LGBT lifestyle.
The Gay and Lesbian Alumni Association of Notre Dame and Saint Mary's (GALA), founded in 1994, has not received approval from NDAA (Notre Dame Alumni Association), but the group has promoted same-sex "marriage" and started sponsoring scholarships for LGBTQ students at the Catholic college in 2014.
While accepting a pro-gay group in 2013, Notre Dame rejected the application of a pro-marriage group, Students for Child-Oriented Policy (SCOP). It was only after SCOP pressured them with a "conference on the political and social significance of civil marriage" and a petition challenging them to take a "clear stand in support of the true definition of marriage," as well as public backlash, that the club was officially approved as a student club.
As a result of the founding of the Sycamore Trust, a group of alumni and friends striving to protect the Catholic identity of Notre Dame, and the Irish Rover, an independent, student-run publication also aiming to preserve the university's Catholic identity, the school has grown in its fidelity with the Church.
A number of professors within the college have insisted that Notre Dame president, Fr. John Jenkins, C.S.C., increase the presence of faithful Catholic faculty and preserve the Catholic identity, including law professors, Gerald Bradley, John Finnis and Daniel Philpott.
The ordinary of the diocese of Fort-Wayne-South Bend, Bp. Kevin Rhoades has also called on the school to rescind invitations to pro-abortion politicians, such as former Vice President, Joseph Biden in 2016, and criticized Notre Dame for extending marriage benefits to partners in same-sex unions in 2014. 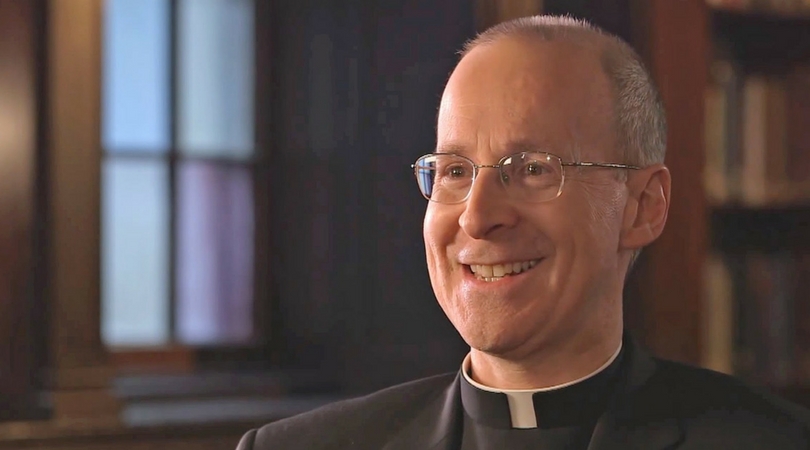