SOUTH BEND, Ind. (ChurchMilitant.com) - The University of Notre Dame says it will not revoke a disgraced prelate's honorary degree unless he is found guilty of sexual assault.

Several individuals have accused former Cardinal Theodore McCarrick of sexual assault in recent months. It began in June, when allegations surfaced that McCarrick had molested a teenage boy while a priest in New York more than 45 years ago. A review board of the archdiocese of New York deemed the allegations credible.

The numerous accusations of sexual assault prompted McCarrick's resignation from the College of Cardinals on July 28. Pope Francis removed McCarrick from public ministry and ordered him to a life of penance, awaiting a canon law trial.

Now, Notre Dame alumni group Sycamore Trust is calling on the University of Notre Dame to follow suit — since McCarrick received an honorary degree from Notre Dame in 2008. But Notre Dame president Fr. John Jenkins has stated that he will only do so if McCarrick is found guilty.

"While the University finds the alleged actions reprehensible and has no reason to question the review board's findings, it recognizes that McCarrick maintains his innocence and that a final decision in the case will come only after a canonical trial in Rome," Fr. Jenkins wrote in a statement Thursday.

"While the allegations in this case are most grave, as they were in the case of Bill Cosby," he added, "we believe it respects not only the rights of those involved but also the adjudicatory process itself to allow that process to reach a conclusion before taking action."

Jenkins notes that the university revoked comedian Bill Cosby's honorary degree in April only after he was found guilty in court of drugging and raping a woman: "The only honorary degree that the University of Notre Dame has rescinded was that of Bill Cosby, and this action was taken only after judicial proceedings in criminal court concluded with a guilty verdict."

Revoking Cosby's honorary degree was a first for Notre Dame.

Likewise, rescinding McCarrick's honorary degree was a first for CUA.

Alongside Notre Dame, CUA and Fordham (all Catholic), a number of other universities have awarded McCarrick honorary degrees. According to Crux Now, Georgetown University, Sienna College, St. Peter's University, the College of New Rochelle and the University of Portland have also conferred honorary degrees upon the disgraced former cardinal.

An honorary degree is something colleges typically bestow upon the keynote speaker for graduation ceremonies. For instance, former U.S. president Barack Obama received an honorary degree from Notre Dame in 2009 — one year after McCarrick. Faithful Catholics and pro-lifers at the time protested the scandal of honoring Obama at America's premier Catholic university.

Years later, Michael Voris said in a Vortex that Obama's presence on stage at Notre Dame was a turning point for the apostolate that would become known as Church Militant:

We had believed up to that time, which was three years into the apostolate, that the secular culture was what needed focusing on, that it was eroding and destroying the Church in America. We couldn't have been more wrong.

What the Obama Notre Dame event revealed to us was just how corrupt things were inside the Church, which means of course on a personal level of many churchmen. Evil doesn't float around in the air. It resides in persons, individual persons, who help to bring about its effects in human lives and events.

Obama strolling across the most prominent stage in the Church in America was the result of a long, sordid history of a betrayal of the Faith by various Churchmen that was monumental.

When Pence took the speaker's podium, some Notre Dame graduates made a spectacle of disrespecting the vice president. A handful stood up and turned their backs to him, signaling they were ignoring him — including one young woman sitting in the front row just a few feet from the stage. Dozens of others just stood up and walked away.

Sycamore Trust invites people to express their concern by emailing Fr. Jenkins and the university's fellows: "If you agree, we hope you will second our request to revoke the honorary degree Notre Dame awarded to Abp. McCarrick with your own message to Father Jenkins and the other Fellows of the University, who hold ultimate authority over Notre Dame." 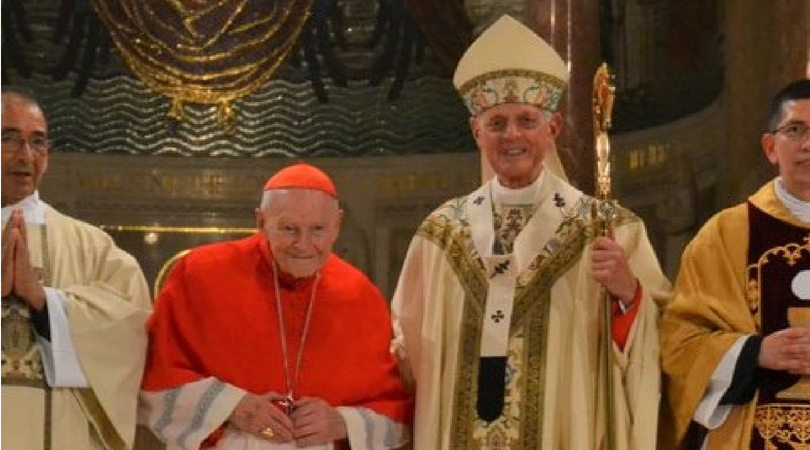 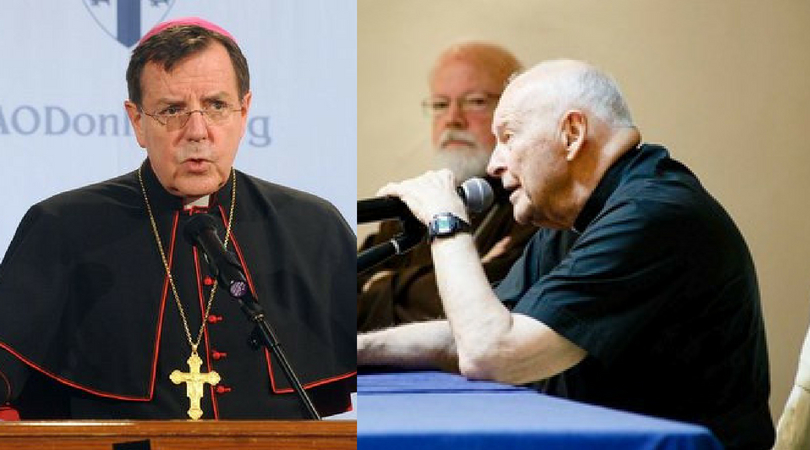