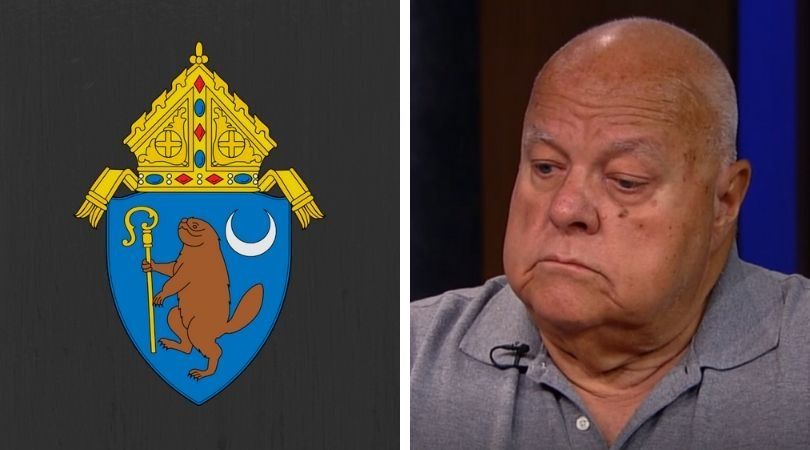 ALBANY, N.Y. (ChurchMilitant.com) - One attorney in Albany, New York, already has 515 lawsuits for clergy sex abuse ready to file against the diocese of Albany once the Child Victims Act goes into effect Aug. 14.

Jennifer Freeman, a senior counsel at Marsh Law Firm with 515 lawsuits lined up to be filed, recently appeared on New York NOW with one of her clients, Gordon Smith, who says he was abused by two priests in the early 1960s.

One of those priests, Fr. Donald Starks, appears on the diocese of Albany's list of credibly accused clergy. He died in 1989.

The two priests began abusing Gordon Smith at St. Patrick's Catholic Church and school in Albany, New York, in the early 1960s when he was 14 years old and substituting as a janitor for his sick father. The abuse continued for about three and a half years.

"They told me, if I ever said a word, first of all, no one would believe me," said Smith. "Then they also said that they would make sure my father never worked again and would ruin my family."

I have no spirituality; I don't believe in God. I will never step foot in a church if I don't have to.

Smith said that he lost the Faith and does not believe in God anymore.

"I have no spirituality; I don't believe in God. I will never step foot in a church if I don't have to," he said.

Explaining his loss of faith in greater detail, Smith said: "When you are being abused and the crucifix hangs on the wall, and as a child you are looking at it and saying 'Why are you letting this happen?' You come to believe that there is no God to help you. There is no help."

Freeman, Smith's attorney, talked about how New York was once one of the worst states in which to seek justice for childhood sexual abuse but has become one of the best now, especially with the Child Victims Act.

Bishop Edward Scharfenberger, the bishop of the diocese of Albany, said that he supports the victims who are seeking justice and healing.

"There's no place in our family or faith for abusers to act out, regardless of their status, or to hide from their crimes," he said. "Nor should anyone fear calling them out, past or present."

When Bp. Howard Hubbard, the former bishop of the diocese of Albany, was the local ordinary, the diocese was a "predator's playground." He fostered a culture of silence and cover-up that worsened the clerical sex abuse crisis in his diocese.

In 1995, Fr. John Minkler of the diocese of Albany wrote a letter to Cdl. John O'Connor, then the archbishop of New York, exposing the homosexual subculture headed by Hubbard in the diocese. The letter contains handwritten notes from January 2001 naming and profiling homosexual priests in Albany.

Two days after a meeting with Hubbard, Minkler was found dead under mysterious circumstances Feb. 15, 2004. Though ruled a suicide, those who knew Minkler believe he was murdered.

"I saw another of my heroes last night at St. Patrick's: the great and kind emeritus Bishop of Albany Howard Hubbard," Martin tweeted.

I saw another of my heroes last night at St. Patrick's: the great and kind emeritus Bishop of Albany Howard Hubbard. https://t.co/ZrCvlOnqHC

There's no place in our family or faith for abusers to act out, regardless of their status, or to hide from their crimes.

Jennifer Freeman's upcoming 515 clergy sex abuse lawsuits are those of only one attorney in the diocese. There are likely thousands of lawsuits ready to be filed on Aug. 14 and more to come throughout the one-year window of opportunity.

Gordon Smith said that his motivation is not primarily justice, but rather to inspire other victims to find the help they need.

"If there's one person sitting out there who sees my story and hears me, and says, 'Hey that was my situation too,' and goes forward and talks to a doctor or talks to a therapist and gets help," he said.