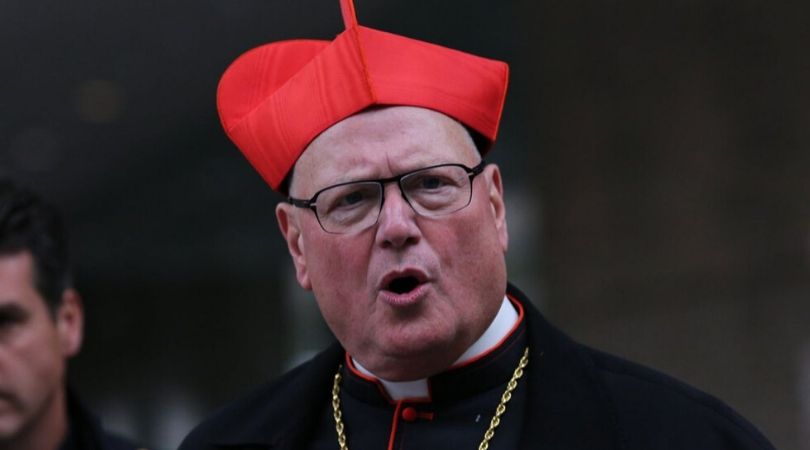 NEW YORK (ChurchMilitant.com) - At odds with his own liturgical reflections over the years, Cdl. Timothy Dolan referred to the Prayer of the Faithful as "boring" during Easter Mass.

In a livestream of Easter Sunday Mass in St. Patrick's Cathedral, Dolan's lavalier microphone picked up some of His Eminence's spontaneous remarks during a petition for victims of the Wuhan virus.

A petition during the Prayer of the Faithful began, "For those who are suffering from the coronavirus, that they may be healed," adding, "and for the happy repose of all who died from the sickness in recent weeks; we pray to the Lord."

While the reader was saying the word "died," Dolan remarked, "I forgot my water," before adding his thoughts on the Prayer of the Faithful: "I thought we were skipping these boring things."

Responding to the statement "Mass is so boring!" Dolan said, "How often have you parents heard that from your kids on Sunday morning? How often have our teachers and catechists heard it as they prepare our children for Mass? And, let's admit it, how often have we said it to ourselves?"

What do we say to that unfortunate and almost sacrilegious statement?

"What do we say to that unfortunate and almost sacrilegious statement?" he continued.

Dolan went on to say boredom "is our problem, and social commentators tell us we today, so used to 30-second sound bites, or flipping the channel when we yawn at a program, are susceptible to it," adding: "Thank God, a person's or an event's value does not depend on its tendency to sometimes 'bore' us. People and significant events exist not to thrill us, unless we are the most narcissistic and spoiled of brats!"

While rector of the Pontifical North American College (NAC; 1994–2001), Dolan offered some instruction to the seminarians on liturgy at a rector's conference. Church Militant reviewed his remarks titled "The Eucharist in the Life of a Priest and a Future Priest."

In that conference, Dolan said "issues of taste are secondary" when it comes to liturgy.

"Some are huffy if we do not have Gregorian chant at every Mass, while others turn up their nose at any song composed before 'On Eagles Wings' ..." he said, adding that "if we begin to gauge the value of the Eucharist by how it conforms to our taste, we have forgotten the principle that the Eucharist belongs to Christ and His Church, not to me; I as a priest am the steward, not the owner."

We fully embrace the way the Eucharist is to be celebrated now ... [or] it is time to put up the regali shelf.

The talk included strong words on observing liturgical law since — according to Dolan — "the Church does not need futuristic priests who ignore and discard liturgical law and rubrics to fashion their own shows, or traditionalist shock troops who arrogantly dismiss the providential reform and renewal that has come about in the Church in the last three decades."

The 'Full Embrace' of Today's Mass

Spelling out his understanding of this full embrace, Dolan goes on:

So, I say to you ... if you do not fully embrace the genuine liturgical reforms of the Second Vatican Council; if you do not believe that the Mass of Paul VI is valid; if you are not fully committed to the Mass in the vernacular, facing the people, with full participation of the faithful, including women, in legitimate liturgical roles; if you feel unable to celebrate Mass with contemporary music, lectors, offertory processions, extraordinary ministers, the sign of peace, and Communion under both species; it is time to put up the regali shelf.

The regali (Italian for "gifts") shelf refers to shelves in the basement at the NAC where seminarians leave items they do not want for other seminarians who want them. It is also common practice to leave items one does not want to pack when leaving the NAC permanently for whatever reason. 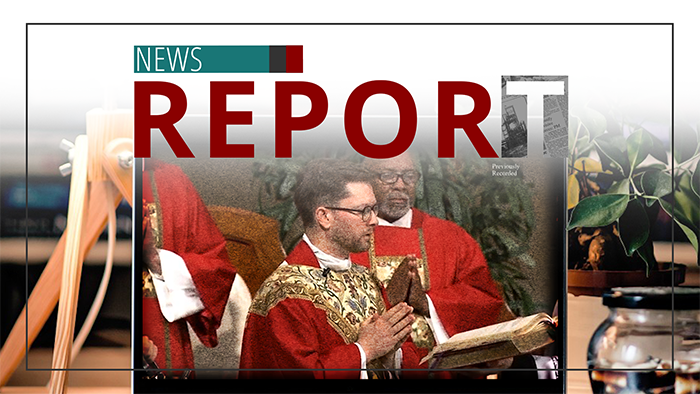 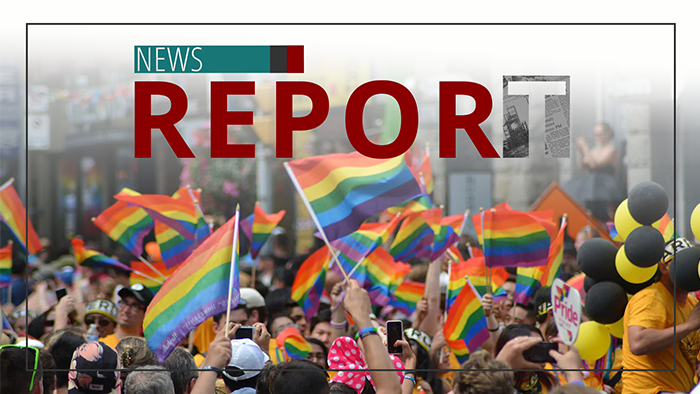