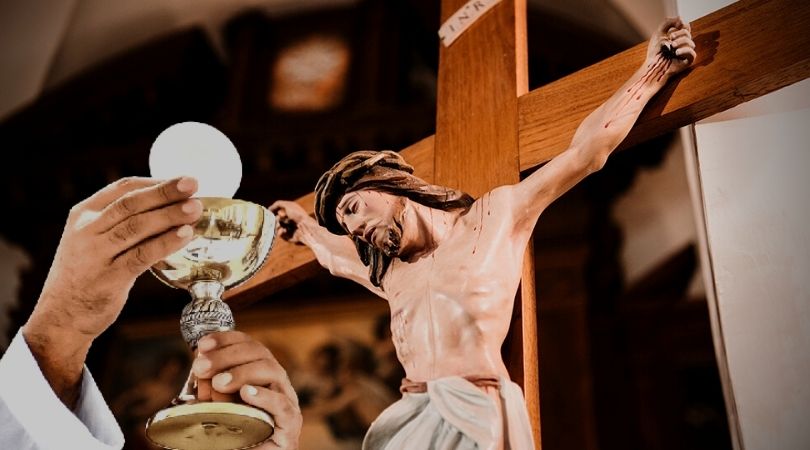 The sacrifice of the Mass

I had four sons. Even before I was a Catholic, all of my sons were well-behaved and respected me with a love not commonly seen. I seldom had to punish them, as they were eager to please me. However, my oldest son got it into his head that he simply wasn't going to obey me on one particular matter. I spanked him repeatedly for this chronic act of disobedience. It got to the point that I knew I'd lose my son to his own will if I didn't break this streak of disobedience, so I decided to get creative.

The next time the boy repeated his disobedience, I sent him for the paddle. In times past, my son would move slowly to retrieve the paddle, putting off as long as he could the coming spanking. This time, though, he walked quickly to get the paddle, then returned purposefully, and handed the paddle over with an attitude of impudence.

Saddened by my son's attitude, I told him that I'd have to give a paddling more severe than I'd ever given before. I told him to turn around and take what was coming to him. He defiantly turned, then bent over to hold his ankles while he awaited the spanking. He heard the swoosh of the first blow headed toward his bottom, followed by the smack of the contact. He jerked and shuddered. Then came the second smack, and my son shuddered a little less. By the third smack, he realized he wasn't being struck at all.

On about the sixth smack, my son looked around to see me bring down the paddle again — on my own leg. I'd been hitting myself so hard that blood was seeping through my trousers. My boy stood upright and wrapped himself around my leg, sobbing almost hysterically while begging me to stop. He began to shout through his tears, "I'm sorry, Daddy! I won't do it again! Please stop! I'm sorry!"

I stopped and knelt down to hold my repentant son. As the boy's sobs lapsed into shaky intakes of breath, I said, "Son, I need you to understand that when you do something wrong, there has to be a price paid. Your disobedience was so bad that it merited extreme punishment, but I couldn't bring myself to give you what you deserved. So I took the punishment you deserved in your place."

God is the Father of us all. Jesus is His Son, but He is also the Second Person of the Blessed Trinity. Original sin offended an infinite being, so it deserved an infinite punishment; this is why God created Hell. All of our personal sins offend the infinite being, God, and deserve infinite punishment. But being the all-merciful Father that He is, God chose instead to take our punishment upon Himself by taking on a human body and nature, then going to the Cross to die. That was the bloody sacrifice Jesus took on for us.

I took the punishment you deserved in your place.

A sacrifice is the offering of a victim by a priest to God. The Mass and Jesus' sacrifice on Calvary are one and the same because in the Mass Jesus makes Himself present on the altar so that we can celebrate the memory of the Cross, as well as apply its saving power for the forgiveness of our sins.

The Church teaches that "the sacrificial character of the Eucharist is manifested in the very words of institution: 'This is My Body which is given for you' and 'this cup which is poured out for you in the New Covenant in My Blood.' In the Eucharist, Christ gives us the very Body He gave up for us on the Cross" (Catechism of the Catholic Church, §1365).

The difference between the sacrifice of the Cross and the sacrifice of the Mass is in the manner of presentation. The Council of Trent proclaimed that Christ, who "offered Himself once in a bloody manner on the altar of the Cross," is offered "in an unbloody manner" on the altar of the sacrifice of the Mass. On the Cross, Jesus offered Himself to the Father when He "yielded up His spirit" (Matthew 27:50). In the Mass, Jesus offers Himself to the Father in the consecration. The double consecration of the bread and wine represents the mystical separation of His Body and Blood. When one's body and blood are separated, death results. Reception of the Holy Eucharist is our participation in Christ's redemptive sacrifice on the Cross.

Next week, we'll look at the mechanics of the Holy Sacrifice of the Mass. Then we'll begin looking at Holy Communion. After we finish with Holy Communion, we'll take a look at how to give proper respect to Jesus in the Holy Eucharist and how so many people grieve Him today by taking Him for granted and showing Him so little respect. 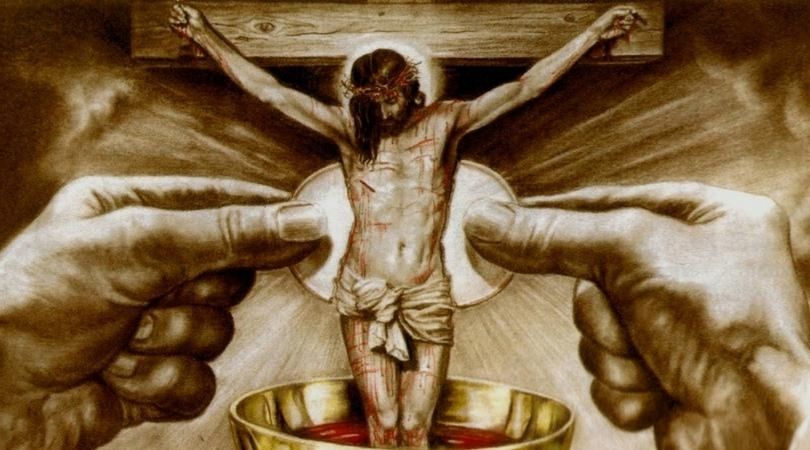