Not yet signed by Gov. John Kasich, but pro-lifers are hopeful

COLUMBUS, Ohio (ChurchMilitant.com) - The Ohio legislature is passing a law forbidding abortion as early as six weeks, when a baby's heartbeat becomes detectable.

Passed on December 6 as part of House Bill 493 (HB 493), the Unborn Heartbeat Protection bill passed by a vote of 56–39. It forbids abortion on babies with a detectable heartbeat which, so far, can be as early as six weeks.

An Oxford study released in October suggests a baby's heartbeat may start as early as 16 days after conception. It notes that in mammals the heart is the first organ to form and function.

Pro-life advocates see the provision as a victory for unborn children and women. Governor John Kasich, however, has not yet signed it.

Cleveland Right to Life president Molly Smith tells Church Militant she is "over the moon" about passage of the bill and is confident Kasich will sign it. She added that if for some reason he chooses not to sign it, then he at least doesn't veto it, allowing it to pass by default.

Despite the fact that Gov. Kasich has supported pro-life legislation in the past, he has almost always allowed some exceptions for the health or life of the mother, or in the case of rape or incest. Courts have stood on those principals in the past even though they are vaguely defined.

Smith notes that Cleveland Right to Life — along with the Cincinnati, Dayton and Toledo groups — and others have joined together to form a strong coalition that worked hard to remove all exceptions to the bill. "It's been a long haul," she remarked. The coalition is working to strip the exceptions out of all existing state abortion laws.

Smith reveals that other pro-life groups like Ohio Right to Life support exceptions — she supposes for pragmatic reasons.

State senate minority leader Joe Schiavoni criticized the amendment, claiming it was not filed properly according to senate rules. He further anticipates judges will overturn the law once it goes to the courts.

A spokeswoman for Ohio abortion activist group Women Have Options (WHO) commented, "A six-week abortion ban will essentially outlaw abortion all together [sic]."

Since becoming Ohio's governor in 2011, Kasich has established a lengthy record of pro-life legislation. In 2011, he signed a law requiring minors seeking abortions to obtain court approval if they cannot obtain parental consent. The same year he banned the Affordable Care Act — known as Obamacare — and the use of public facilities and funds from funding and performing "therapeutic" abortions for Ohioans.

In 2013, he enforced provisions in the state budget mandating that women seeking abortions must see an ultrasound of the baby and hear his heartbeat. It also required abortion mills to have transfer agreements with hospitals in the event of an unforeseen medical complication during the abortion.

Cincinnati Right to Life director Paula Westwood expects Kasich to sign the bill. "As our leading elected official, Cincinnati Right to Life and the entire Ohio statewide pro-life coalition expect Governor Kasich to stand firm in defense of these helpless little ones," she commented, "whose lives depend on his signing HB 493 with the Heartbeat protection amendment intact." 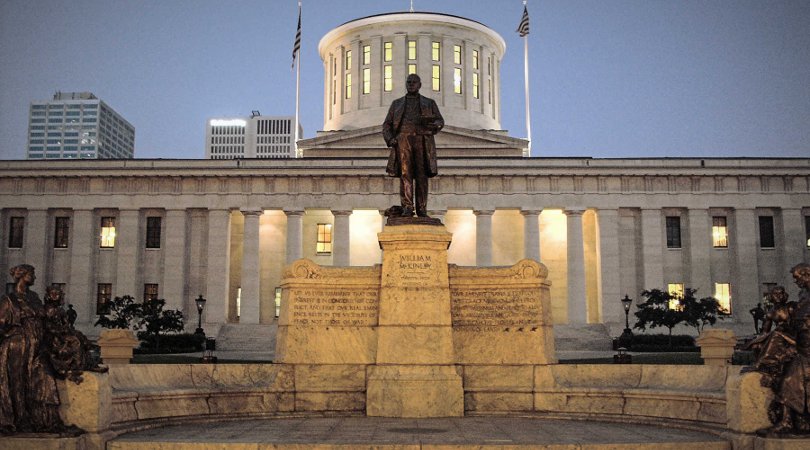