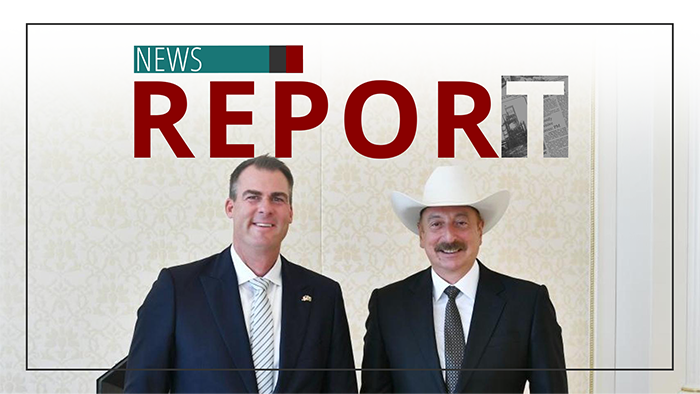 When protestant Kevin Stitt became governor of Oklahoma in 2019, he pledged: "We have an opportunity to join in with what God is doing in Oklahoma." Church Militant's Trey Blanton reveals Stitt's idea of God's plan includes partnering with Islamic jihadists.

Governor Stitt arrived in Azerbaijan on Monday to further build a relationship with the Muslim nation. One of the goals is a student-faculty exchange between Oklahoma State University and the jihadist nation, disturbingly and graphically involved in continuing a genocide against Christian Armenians.

While Stitt was flying to Azerbaijan, the Armenians were being threatened, according to Armenia's former ambassador to the Baltic states.

Ambassador Tigran Mkrtchyan: "So a few days ago there was an attempt of drone penetration and the drone was shot down, an Azeri drone, inside of territory of Armenia-proper."

Azerbaijan's president, Ilham Aliyev, has been belligerent in his desire to eliminate the Armenians from their ancestral homeland. Last Fall, Aliyev used weapons and manpower from NATO-member Turkey which, in turn, deployed Islamic terrorists from Syria, paying them a bonus for each Armenian they beheaded.

The international community, however, is normalizing Azerbaijan's genocide by blaming both sides of the conflict.

Ambassador Mkrtchyan: "Because when you have one country which is very blatantly violating sovereignty, equalizing the victim and the aggressor is not the best strategy, I think."

Christian nations have almost vanished because professed Christian leaders partner with Muslims whose goal is conquest.

Oklahoma's National Guard was the first state entity to partner with the jihadist nation in 2002. Armenians have been attacked in two wars since then.