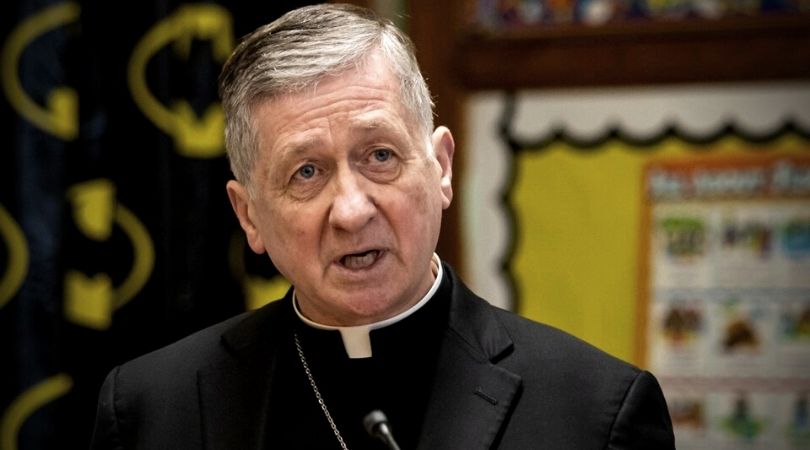 A controversial pro-LGBT prelate — Cdl. Blase Cupich of Chicago — is of the opinion that the high incidence of homosexual misconduct among clerics in America is not really a problem of homosexuality but of "clericalism."

He addressed the topic of sexual abuse by clergy and, in particular, the credible allegations against now-laicized ex-cardinal Theodore McCarrick, in a 2018 interview with America Magazine. The article explained:

Cardinal Cupich said that "I really believe that the issue here is more about a culture of clericalism in which some who are ordained feel they are privileged and therefore protected so that they can do what they want."

"People, whether heterosexual or homosexual, need to live by the gospel," he said, adding that he "would not want to reduce this simply to the fact that there are some priests who are homosexual."

Cupich also expressed his trust in the laity when it comes to investigating and acting on allegations of sexual misconduct in the Church, saying, "I've always trusted the laity to do the right thing. Their expertise and their knowledge far exceed many of us who are ordained. ... We need to pay attention to that."

I confess I have difficulty understanding what the cardinal meant precisely by those words. However, I agree to some extent with the cardinal about wanting to rid the Church of clericalism. But what is this famous "clericalism" in the mind of Cupich?

Historically, the difference between the ministry of the baptized and the ministry of the ordained was very clear: In general, the baptized — that is, the laity — were concerned with affairs in the temporal sphere, namely, politics, the economy, government and so on. But the ordained — that is, the clergy, from Pope down to the local parish priest — were concerned with leading the faithful, teaching the Word of God and providing the sacraments to advance the cause of the salvation of souls.

So, in times when the philosophy of the gospel governed public life in Christian nations (Leo XIII, Immortale Dei, § 21), the laity did not interfere with the mission of clergy, and the clergy did not interfere with the mission of the laity. The clergy did not typically meddle in matters like the running of politics, the economy, law and order, et cetera — so long as no moral principle was violated. Likewise, the laity did not typically tell the clergy how to administer the sacraments, govern the Church or teach the Faith.

That was, in general terms, the proper order in a Christian society and the foundation of social peace. Saint Augustine taught that peace is the tranquility of order (Catechism of the Catholic Church, § 2304), as there is no peace in disorder. Naturally, any country that has abortion, excessive taxation, socialism and so on is at war with its own people and will never have peace.

When the people of the Vendée stood up against the French Revolution and opposed its impiety and anti-Catholicism, it was the laity who led the revolt. The clergy assisted them in providing the sacraments, preaching the Word of God and encouraging them to fight. But they did not lead the revolt. The laity did.

Heroes like François de Charette, Henri de la Rochejaquelein and Jacques Cathelineau entered the history of the Church as glorious examples of laymen who fought for the Church and won their crown of glory en route to Heaven.

In England it was St. Thomas More — a great layman — who epitomized fidelity to Catholicism, as the once-Catholic bishops (all except St. John Fisher) exercised "collegiality" by exiting the Catholic Church as a body.

Likewise, the revolt of the Cristeros in Mexico against the pro-communist and masonic regime of Plutarco Calles was led in the main by Jesús Degollado Guízar and Enrique Gorostieta, heroes who will be remembered in Mexico in perpetuity. But they were laymen who led the revolt, not clergy. Their respective missions were clearly distinguished.

But in the United States, there's a very different history. A large number of Catholics in America descend from the Irish, who valiantly defended their Catholic heritage and Faith against the persecution of the English, who were led by the heresy of Anglicanism to oppress the Catholic Irish. Unfortunately, the Irish nobility was destroyed by England, and the people, then leaderless, gathered around the next leadership available to them, the clergy.

It was not a preferential choice for the clergy, but an act of necessity, we must understand. Consequently, although a natural option due to necessity, Catholics in Ireland and, consequently, in America became dependent on the clergy for leadership, even in matters typically considered the business of laity. The personal opinion of the bishop or the parish priest on politics, the economy and law was almost dogma for many Catholics, and hardly anyone took initiatives without the approval of the clergy.

Gradually, it became commonplace that any layman who took the initiative to lead in politics or who opposed the socialist economy was treated with suspicion if he lacked the approval of the local bishop or priest. Venerable Fulton Sheen's saying that the laity will save the Church seemingly means nothing to a great many Catholics, both clergy and laity.

Cupich's idea of the role of 'clericalism' is completely off the mark.

This is even true when people try defending against the most obvious crimes like abortion, euthanasia and the persecution of Christians by Islam. In many cases, if the bishop or parish priest does not lend support, the lay initiative fails.

But it gets worse. Tragically, when so many in the clergy became corrupt, engaging in economic malfeasance, pederasty and homosexuality, the people — accustomed to clerical leadership in everything — did nothing or even left the Church.

Today, Catholics are leaving the Church in hordes. Even among those who stay in the pews, 70% do not believe in the Real Presence of Jesus in the Eucharist. So, along with outright apostasy, there are also issues with a Protestant mentality and the frequent sacrilege of unworthy Communions.

So Cdl. Cupich's idea of the role of "clericalism" is completely off the mark, unless we understand it as the abuse of the authority of the clergy over the laity, with the ordained trying to hinder laymen from opposing murderous socialist policies. A new leadership among the laity is called for, to free the Church from this absurd dictatorship and to restore the role of the laity.

Consequently, it is of absolute necessity to expose and denounce the corruption in the clergy, echoing Our Lady of La Salette, who said:

The chiefs, the leaders of the people of God have neglected prayer and penance, and the Devil has bedimmed their intelligence. They have become wandering stars which the old Devil will drag along with his tail to make them perish.

I strongly recommend everyone attentively read the full message, which can be found here. 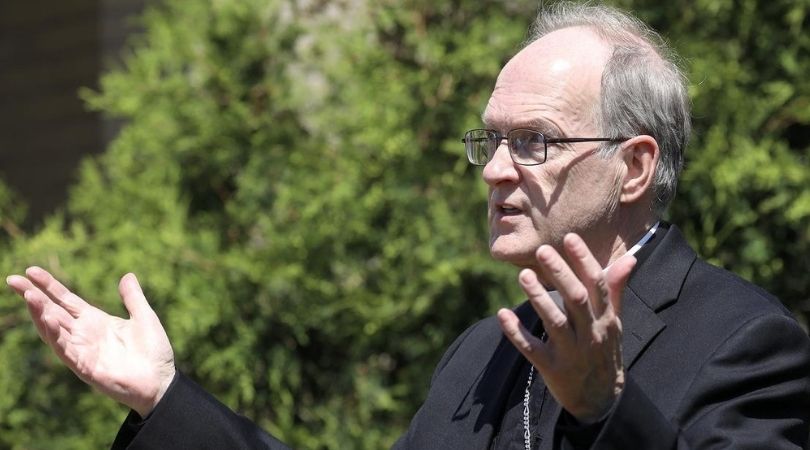