First: Thank you, thank you, and thrice thank you for providing a touchstone by which the basis for Church Militant's customary vehemence might be lucidly appraised. As my 32nd President quipped, one ought to be judged more by the view of his opponents rather than his supporters. So once more, thank you for making the lines that separate us nice and bright. I deem low insults from you constitute high praise anyway.

Second: I understand from your recent article at La Civilta Cattolica that you find my president's inclusion of Steve Bannon on his team to be more ridiculous than it would be to team up with (as you have) an ordained, celibate author of a book titled Heal Me With Your Mouth: The Art of Kissing. Most folks would not agree with you, by the way. (The typical response by hearers to Abp. Fernandez's book title is intermittent laughter and nausea lasting three days.)

I deem low insults from you constitute high praise anyway.

I also gather vaguely that you find my president's cultural commentary — by Twitter and otherwise — to be hasty and injudicious. Well, stone the crows: We may agree just a little. Twitter is an effete, indirect, jejune, asinine method of communication — a permanent memorializer of kaffeeklatschand, thereby an attractive nuisance to childish adults. Naturally, you've learned this the hard way.

So perhaps we don't agree, after all; you've tweeted five times and created, like, three fake Twitter accounts just since I wrote this. You've erased or apologized for more tweets than even President Trump — which is saying a lot — as you are the only public person in the civilized world to tweet more frequently and outrageously than he does. Your most recent thoughts about my beloved republic, together with many of your, shall we say, less-than-stolid tweets over the past year are flatly indefensible. Thus, it is strange to hear your criticism of the procedure and substance of the American interest you impute to President Trump — an interest you can scant understand.

You apprehend American politics as enshrining the "theology of prosperity." Seriously, with all apologies for briefly infecting your badinage with uncharacteristic substance, this is your article's one valuable point. (One is better than none, I daresay.)

America was founded as a desacralized Protestant and Enlightenment haven where outward prosperity was received as the "tell" for anointedness, toil and moil being cheap filler for the daily grace of the musterion abjured by America's Protestant-Enlightenment founders. But the problem is that you mishandle this first premise by crossing it with puerile European misconceptions like "right wing = one kind of socialism, while left wing = another kind of socialism."

And hence Europe and her defenders are always running from one population-controlling, eugenics-embracing despot into the arms of the next. She has made the state almost holy in place of the Church and has rendered social(ist) conscience prior to private judgment.

America lacks Europe's Catholic foundation, but at least America still somewhat embraces crypto-Catholic social principles like subsidiarity and natural rights, unlike Europe, which threatens and manhandles poor, heartsick, world-weary parents of sick infants whom the pan-European Court of Babel is trying effectually to euthanize. By the way, I sent a panegyric of my sarcastic praise to Abp. Vincenzo Paglia for his initial siding with Europe's neo-pagan Leviathan court conglomerate over Jesus Christ and the Gard parents.

Good thing for my president on that one, eh? You may not like American "ultraconservatives," but we sure know how to kick up some dust on behalf of the most defenseless. Oh wait; am I overemphasizing petty life issues?

And come now: aren't we both engaging in coprophagia? Or is it coprophilia? (It's embarrassing: I always confuse those two common concepts!)

Third: Below are four brief inquiries that certainly won't be posed to you elsewhere. These are points of badly needed clarification, if you please:

A) By criticizing America's "fundamentalist ecumenism," do you intend to suggest that there should be no nexus whatsoever between American Protestants and Catholics regarding even undisputed Christian cultural principles (e.g., that Christ is king of kings or that the wicked should be punished proportionally)?

If not, why does the confluence of American political action by scripturally non-heterodox Protestants and faithful Catholics startle you? Recognizing legitimate ideological overlap with certain Protestants is not "ecumenism of conflict" (whatever that is, it's also the newly-minted dumbest expression I've ever heard). Really, it just means something as simple as that faithful Catholics agree a priori with those good-faith Protestants who do not, in the recent fashion of unfaithful Catholics, say Christ meant "no" when he clearly said "yes."

Today's apparatchiks of neologism in the Church (like yourself) would call a temporary battlefield cessation between opposing generals an "ecumenism of conflict." Ridiculous.

B) By criticizing America's election of President Trump in late 2016, are you actually putting forward American infanticidist Hillary Clinton, whose inspiration for entering politics was the loathsome Margaret Sanger, who herself aimed to extirpate ethnic minorities via demographics-targeted abortion? I thought you hated that stuff.

Please be clear, for once.

The Church teaching, as confirmed in the 2004 Congregation for the Doctrine of the Faith document "Worthiness to Receive Holy Communion," is that

not all moral issues have the same moral weight as abortion and euthanasia. For example, if a Catholic were to be at odds with the Holy Father on the application of capital punishment or on the decision to wage war, he would not for that reason be considered unworthy to present himself to receive Holy Communion ... there may be a legitimate diversity of opinion even among Catholics about waging war and applying the death penalty, but not however with regard to abortion and euthanasia.

In other words, in matters of morally non-categorical prudential judgment, one is not strictly governed by edicts of the Church — even and especially if a bunch of high-ranking Churchmen join Europe in condemning American "xenophobia," while crouched safely and hypocritically behind their own border walls.

C) Speaking of which, how high are the walls around Vatican City — 18 feet or 21 feet? If America fashioned its border wall precisely around the Vatican's model, would this palliate you and your friends?

D) What is it to "encounter," as you used it in your article? Am I not encountering you now? One cannot discern from your article, but from what I can tell it involves confirming adulterers and border line-cutters while condemning anyone who attempts to hold the line. Is that pretty much it? At any rate, no offense, encounter sounds dumb, like "accompany." It sounds like a brainwashing device, since you refuse to define it. More precisely, it sounds opposite to the word's actual meaning — like something a couple dozen cardinals made up two months ago in some dark corner of the Gregorian Pontifical University, the way you like to do.

I invite you cordially to debate these four issues in print or in person. Please, use your voice to clarify these four matters and "heal us with your mouth." Just don't kiss us.

Timothy J. Gordon, Ph.L., J.D., M.A., studied graduate philosophy at "the Greg" in Rome. He also holds degrees in literature, history and law. He has lectured on or instructed Logic, Church History, Ethics and Constitutional Law. He lives with his wife and four daughters in Central California. His book Why America Will Perish Without Rome will be released in late 2017. 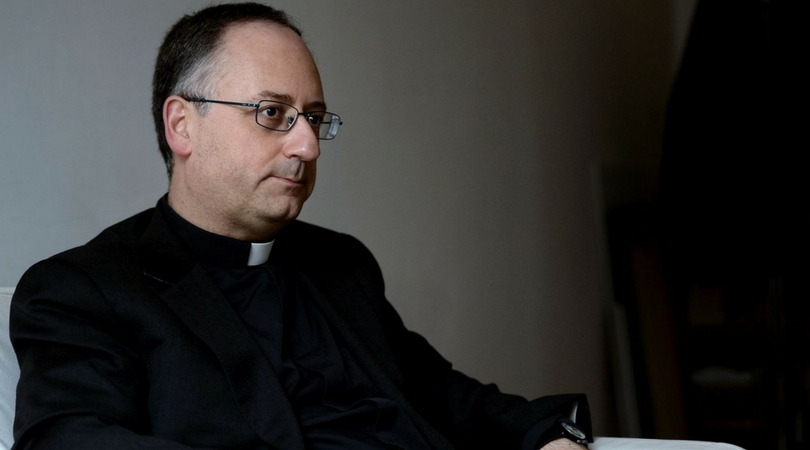 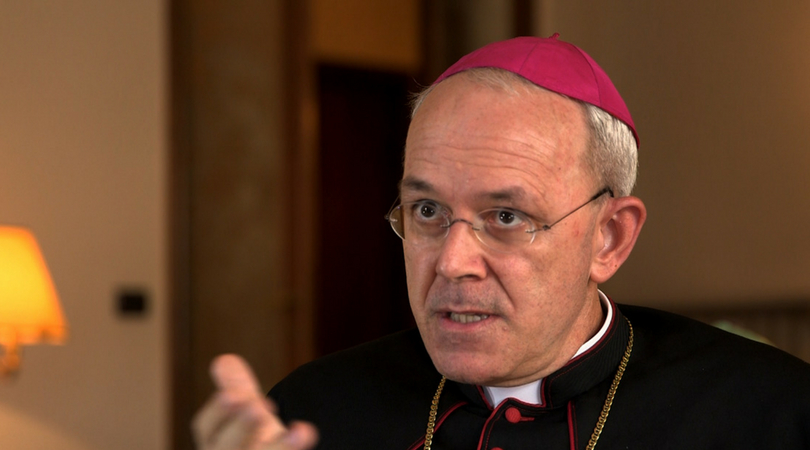