I write you as a faithful servant of God through Mary, a second degree Knight of Columbus and a young Catholic convert in the archdiocese of Washington. There are constant talks of you becoming our next bishop.

Many like me who are young faithful in the Church are incredibly heartbroken by the direction in which things seem to be going: the promotion of "social justice" activities like the United Nations-backed 2030 Agenda/Sustainable Development Goals that promote population control, the acceptance of abortion, contraception and same-sex "marriage," to the lack of belief in the sacraments and irreverence for the Holy Mass.

None of these directly touch on the scandal found in our diocese that began with Cdl. McCarrick. That is another subject which we are still reeling over. We are in constant prayer for a reform to take place. We look toward a day where our diocese will find healing and become a powerhouse for Our Lord. We are aching for a diocese that stands firm for Christ, loves all through evangelism, but does so with truth, orthodoxy, honesty and mercy so that we may all become saints.

Free clip from CHURCH MILITANT Premium
|WATCH MORE LIKE THIS

In order to achieve this dream of an archdiocese that upholds the truth of Mother Church, we know there will need to be some radical revisions to be made so that we can bring our eyes back to Her. While the subject of social justice in different forms is constantly in conversation, and there is an important place for justice (as all justice is social), we can no longer bypass certain issues facing us. We need your help through prayer and fasting, and we need your voice to be vocal on these subjects:

This is too important of a subject to ignore with the constant promotion and legislation for the killing of our littlest ones — even as it has been called for the killing after their birth. We are at a point where many are simply indifferent or wish not to confront this matter, whether it be due to social pressure or simply ignorance, this is a problem. D.C. is the Mecca of politics, and so many Catholics think it is acceptable to vote in favor of abortion so long as it isn't their focus. This lack of understanding will only continue to fuel the acceptance of killing babies at the hands of the baptized.

Sadly, so many Catholics cannot explain the first reason why contraception is so malicious. In fact, many have spoken positively of it, claiming it will curb abortion. One problem found in this is that we simply don't hear about evils of contraception from the pulpit. In the archdiocese of Washington, I have only heard it thrice within my five years of being a consistent Mass attendee. Three times within five years is intolerable, especially seeing how much contraception has plagued our culture, even within the Church. Please be vocal about this. We are afraid of the Church dying out. We are living in a contraception crisis.

But make no mistake, just because division is a result doesn't mean they must be hushed. Our Lord said that in Luke 12:51 He has come to bring about division as it is a natural reaction to the mission of saving souls. There are many here who struggle with same-sex attraction, only they are being misled into thinking it is something to embrace and celebrate. Meanwhile, they remain lost and great pain.

Be merciful, bold, charitable and truthful. Remind them that there is a better approach. Remind them that God loves them, but they were made for something better, and it cannot be met in accepting or promoting homosexuality. Homosexuality will only drive them further from God, as this is the core definition of sin. They deserve, like anyone else, to be taught and offered the loving truth. The voice in favor of homosexuality is so loud and constant, we as Catholics have no choice but to respond back in a bold way.

True Presence in the Eucharist

Despite that this is the most Blessed Sacrament, one that all Catholics are obligated to believe, acknowledgment and worship, it needs to be drilled in as many of my neighbors do not know what it is that they are receiving when they go up for Communion. They do not know that when they look up at that Host, that Host is looking right back at them. They do not realize that while it is a gift to be able to receive Christ in body, blood, soul and divinity, it is also a responsibility and one that must be done with examination and mindfulness. This ties into my next point.

As the archbishop of the nation's capital, you will be in a position of offering Communion to many well-known politicians. Many of them are enemies of the Church. They are not in the business of promoting the love of God through saving the holy sacrament of marriage between a man and a woman, nor do they wish to protect life.

In fact, they are directly contracting these magisterial issues by legislating and speaking up in defiance of God. Then, with those same lips, they consume Our Lord while not correcting themselves, but rather continuing with this call for genocide. We Catholics who love Our Lord and wish to give up everything for Him are watching. We notice this. We are well aware of when they receive Communion and understand this to be desecration. It rips our hearts out. Saint Thomas Aquinas acknowledged that receiving Our Lord in this gravity of sin is death.

Archbishop Gregory, we are in desperate need of a holy priest.

Archbishop Gregory, we are in desperate need of a holy priest. The faithful are joyfully fighting the evils and heresies through prayer, fasting, service and honest dialogue. The sad reality is that many others want nothing to do with this mission. Rather, the subjects of climate change, immigration and poverty are seen as warranting more action despite that these are prudential subject matters, not magisterial. These three examples will continue to get plenty of attention and action by non-Catholic groups. Some of them will be misguided — for instance, calling for population control to protect the climate.

We need to admit that some issues are more important than others. This is not my lobbying to ignore any of the prudential concerns as there is a case for that. For instance, D.C. has a large Salvadoran and Guatemalan population, and the subject of immigration is a constant central issue for them, whether they support strong border security and strict policies or open border and lax policy, it remains a subject that hits close to him for them.

Regardless, how do we protect them in any way if we ignore the basic right to life and promotion of the family unit? Consider this rather a call to address the magisterial teachings so that we are better equipped to also address the prudential matters in a true Christian way.

My voice is not a strong one. I am a nobody in the diocese. Nonetheless, I am proud to call myself a Catholic. I ask you, with total humility, to consider each of these points so as to refocus the archdiocese, bring out true justice and save souls.

With love and devotion to Mother Mary, 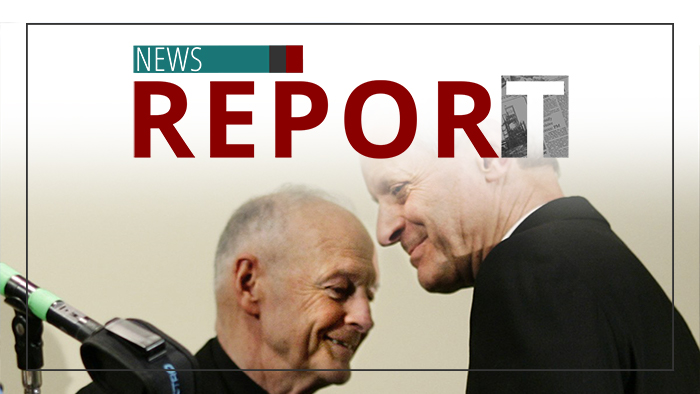