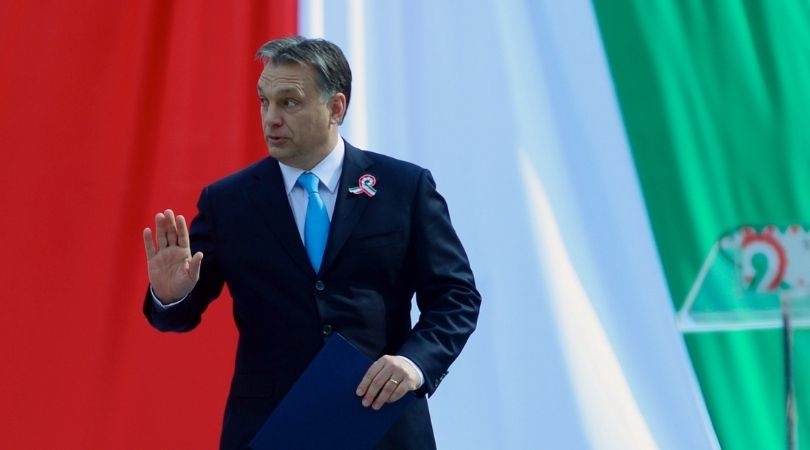 BUDAPEST, Hungary (ChurchMilitant.com) - The Hungarian prime minister is issuing a reverberating message of victory — past and future — and rallying conservatives around to world to be ready for "a decisive battle in 2022," the year of the next Hungarian election.

In an essay published Sept. 21 in the Hungarian daily, Magyar Nemzet, titled "Together they will succeed again," Viktor Orbán hit the gamut of issues assaulting his nation and the whole of Western civilization.

The bulk of Orbán's thrust was against liberal oppression — spiritual, national, religious, political and intellectual. It is a rallying cry "against political correctness, against the dictates of loopy liberal doctrine," he said, and "for spiritual sovereignty and intellectual freedom."

The rebellion against liberal intellectual oppression is not only widening but also deepening.

He sees hope in efforts to reject the liberal worldview:

Ever more people are showing increasing courage in freeing themselves from the shackles of the suffocatingly restrictive, single-approved mode of speech, the only approved concept of democracy and the only approved interpretation of Europe and the West. The rebellion against liberal intellectual oppression is not only widening but also deepening.

He acknowledged the high price of "freedom from shackles."

"The escape attempt itself is not simple, and the risk of punishment is high — expulsion from academic life, loss of employment, stigmatization, running the gauntlet at universities. Examples of this are becoming almost daily occurrences," he ceded.

But Orbán is realistic about the dangers of public opinion honed by the ubiquitous, international, Soros-funded liberal media and what he is up against in upcoming battles, elections and otherwise.

"But even if we manage to escape the systematic patrols of well-paid, loopy liberal border guards, we must still struggle against the deeply embedded reflexes of ever so well-meaning public opinion," he observed.

He gave special pause for "the foreign policy of U.S. administrations under the Democrats," arguing it is "built ... on moral imperialism."

"We have tasted it — albeit under duress. We didn't like it, and we don't want a second helping," he said.

The spawn of such administrations results in "The greatest threat to national self-determination today" and represents "the network that promotes a global open society and seeks to abolish national frameworks," he said.

"The goals of a George Soros-style network, which has unlimited financial and human resources, are clear — to create open societies of mixed ethnicity through the acceleration of migration to dismantle national decision-making and hand it over to the global elite," he lamented.

They will do everything possible for power and money.

Orbán's essay is being viewed as not just a diatribe against liberalism, but an intellectual call to arms for conservatives and others interested in preserving the nation and family.

"[The left-wing people's front that serves the Soros network is] preparing for a decisive battle in 2022," the leader wrote. He added:

Behind them they will have the international media, the Brussels bureaucrats and the [non-governmental organizations] in the guise of civil society organizations. We can have no doubt that they will do everything possible for power and money. The time has come for us, too, to marshal our forces. After difficult years of governance, we must now return to the election battlefield. It is time to gather up our equipment so that, when the time comes, we can ride out to battle.

Orbán took the opportunity in his essay to endorse President Trump, declaring "we are rooting for another victory for Donald Trump."

The Hungarian prime minister urged readers to prepare for the upcoming battles to save Christian illiberal Europe "from the edge of the abyss."

An English version of Orban's essay is available online.