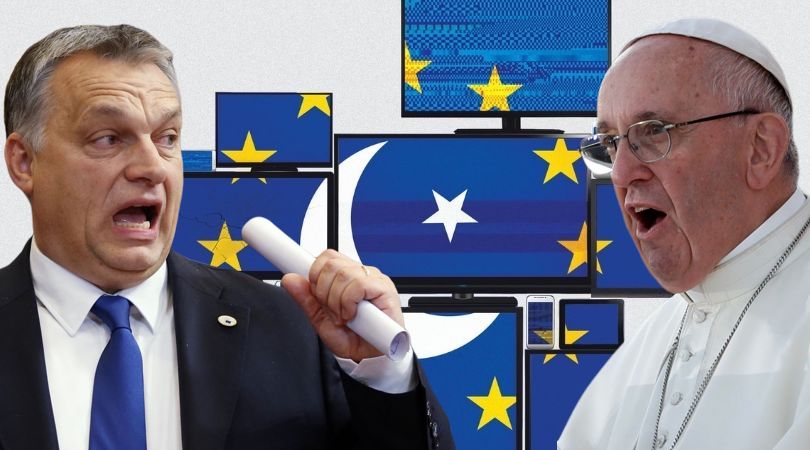 BUDAPEST, Hungary (ChurchMilitant.com) - Prime Minister Viktor Orbán is punching back after Pope Francis retracted a diplomatic snub and agreed to meet with Hungary's rulers on his forthcoming trip to celebrate Holy Mass at the Eucharistic Congress in September.

In a Sunday interview with Croatian Catholic weekly Glas Koncila, the Christian politician, who has been disparaged by Pope Francis as a populist and nationalist, dismissed reports of Francis' refusal to meet him on the Hungary papal visit as "false news."

Attributing media reports first published by faithful Catholic Vaticanist Edward Pentin to "anti-Church and anti-Christian circles," the prime minister went on to claim that a lack of clarity regarding protocol was responsible for the breakdown in diplomacy.

Pope Francis is visiting Hungary not as head of state but as head of the Catholic Church attending the Eucharistic Congress, which is not a Hungarian event, Orbán noted.

Nevertheless, Orbán remarked that "what hurts [him] the most," is that he would "not be able to attend the beatification of Cdl. Stefan Wyszyński, which takes place on the same day in Poland as the World Eucharistic Congress in Hungary."

A Vatican expert told Church Militant that "Orbán's considerable regret at not being able to attend Wyszyński's beatification is likely a dig at Francis and his handlers for planning a papal visit to Budapest lasting just a few hours and, at first, even refusing to meet the nation's leaders."

It's a diplomatic way of expressing the contempt he and many Hungarians feel for Francis' plans, without saying so explicitly.

"The Vatican could easily change the itinerary so the pope stays longer. This would enable Orbán to attend the beatification and meet the pope. It's a diplomatic way of expressing the contempt he and many Hungarians feel for Francis' plans, without saying so explicitly," he added.

In his interview, the Calvinist politician (who is married to a Catholic) immediately went on to emphasize the "difference in the attitudes and approaches of the Holy Father and the Hungarian government towards migration, which is obvious and visible to the whole world."

The Vatican Clashes With Hungary on Migration

"We are strongly against migration, and the Catholic Church has its own position," Orbán maintained, in clear opposition to Francis' open borders advocacy. "Our philosophical opinion on the issue of migration is that migration is an ontologically bad thing."

Orbán, who has been a lone European voice consistently standing up for persecuted Christians, explained that even genuine asylum seekers should be helped to return to their homeland "as soon as possible." He urged that this view "can be defended in a Christian sense as well."

"When tens of thousands of mostly young men who are in perfect physical condition appear on the Hungarian border in a column and refuse to submit to authorities when stopped, we are not talking about migration, but about violating state sovereignty," Orbán said.

In Poland, when people talk about the pope, they usually mean John Paul II.

The prime minister said he was "fully convinced that such migration was not spontaneous, but orchestrated" and would result in "bringing large Muslim masses to the European continent."

"This is considered a conspiracy theory in the West," he added, but "all who do not defend themselves in 20 years will not recognize their country." Epidemics and migrations in the coming decade will have "a severe, perhaps fatal, effect on European Christian democracy."

"Whoever swims with the multicultural fashion of this time loses everything important in life," Orbán said, underscoring the counter-cultural trajectory of Christianity. "We no longer have sacral kings anointed by God, so we must exist in a democracy, connecting the majority and the truth."

Battle for the Soul of the West

The prime minister elaborated on his vision of protecting Christian nationalism and the "great achievements of Christian civilization":

Stressing the joint mission of Church and politics to "work under God" for "great results," Orbán stated, "For this reason, we will never accept the separation of Church and State as interpreted in the West."

In light of the September meeting with Pope Francis, the politician insisted that a "civilizational struggle is at work — the struggle for the soul of Europe and the future of Europe" and that Christians of all traditions needed to work together in the "spiritual struggle."

The prime minister, an ideological ally of former U.S. president Donald Trump, lamented that "Westerners have chosen to live in a post-national and post-Christian world" and "they want us to live that way too."

If we, the Hungarians, had not followed Christianity for a thousand years, we would have disappeared, so we must also protect the nation.

The Hungarian anti-globalist slammed "the left-liberal forces [of the European Union] that stem from Brussels" that are opposing the Christian nationalist identities of conservative nations like Hungary and Poland. "Hungarians want Hungary to remain a Hungarian State."

While Pope Francis has repeatedly taken pot-shots at the prime minister for his positions against Muslim migration and his views on Europe as a Christian civilization, "Hungary's Catholic leadership is firmly behind Orbán."

Catholics in Poland and Hungary view Francis as "a dangerous revisionist corrupted by media attention who threatens the integrity and power of their Faith. In Poland, when people talk about the pope, they usually mean John Paul II," the left-breaking New York Times observed, attributing the rise of populism to the fear of Islam.

Church Militant earlier reported on Francis' diplomatic bungle after he expressed reluctance to tour Hungary or meet its political leaders during his visit to the International Eucharistic Congress, limiting his forthcoming trip instead to a three-hour stop.

The pope has now agreed to meet Hungary's Catholic president János Áder and its prime minister Viktor Orbán before he celebrates the closing Mass in Budapest. The dramatic reversal came about after Hungarian media shamed Francis' behavior as "anti-Christian." 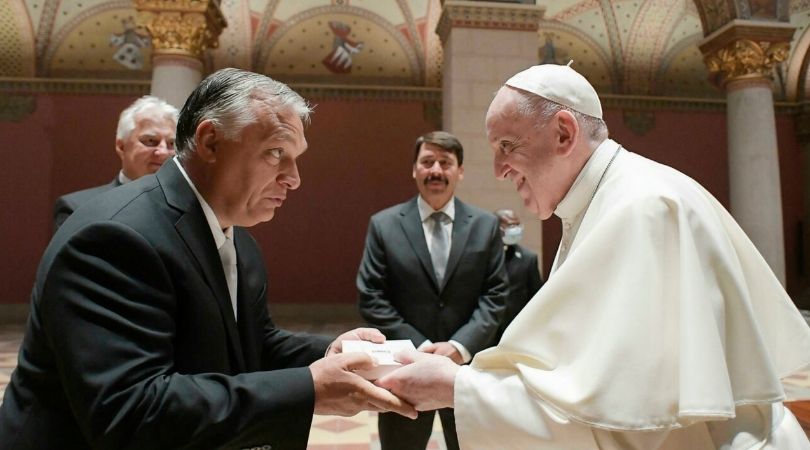