No Christianity, no nations

BUDAPEST, Hungary (ChurchMilitant.com) - Hungary's prime minister is lambasting the political machinations of a godless West, warning that without Christian culture, there will be no free life in Europe.

Viktor Orbán justified his warning in an unprecedented interview posted on June 20 with Glas Koncila, a Catholic Croatian newspaper. So highly did Glas Koncila value the interview, it made an exception to its protocols by interviewing the president of a foreign government. The newspaper described it as "a conversation among Christians," not merely an exchange between a statesman and journalists.

"The West does not want us to be free; it wants our freedom on its own terms," Orbán charged in reference to the anti-nation, anti-God stance of the European Union elites in Brussels about the nations in central Europe who oppose their diktats. "Westerners have decided to live in a post-national and post-Christian world."

The position of a God-given nationhood is connected to Orbán's well-known, controversial stand against migration. The prime minister argued the issue of migration is "an ontologically bad thing," which he defended in a Christian sense:

It is bad if we cannot stay and live in our country. ... Occasionally it happens that someone has to leave their homeland because that man would be killed or made a commodity ... or put in prison or starved to death. ... However, even in that case, if someone were to leave their homeland, the goal is to return later.

For the "stabilization of dangerous parts of the world" and the "creation of normal living conditions," he insisted, "we should help him return to his homeland as soon as possible."

Orbán also blasted the lie that migration happens "spontaneously" and is "convinced" it occurs in an organized way:

This is considered a conspiracy theory in the West, but it is all organized with political and business motives, and the consequences will be bringing large Muslim masses to the European continent. I believe that all those who do not defend themselves in 20 years will not recognize their country.

The Glas Koncila journalists also asked the prime minister about recent reports that Pope Francis — who holds migration views opposed to Orbán's — had snubbed Hungary, refusing to meet with him and Hungary's president János Áder.

Orbán called the reports "fake news," adding when the pope comes to Hungary in September for the Eucharistic conference, he will be greeted with due honor.

If we, the Hungarians, had not followed Christianity for a thousand years, we would have disappeared, so we must also protect the nation.

"As head of state, [the pope] deserves the greatest honors, and if he comes as head of the Catholic Church, we will accept him with Christian humility," Orbán indicated. "The World Eucharistic Congress is not a Hungarian event, but an international event taking place in Hungary and attended by the Pope."

Despite his pride in his nation's hosting of the historic conference, Orbán expressed a regret, revealing his sense of his solidarity with central European men who suffered and died proclaiming the Christian gospel and opposing communism.

"I am especially sorry that I will not be able to attend the beatification of Cdl. Stefan Wyszyński, which takes place on the same day in Poland as the World Eucharistic Congress in Hungary," the prime minister related.

Speaking to the sainted pope's effect on politics in the region, Orbán observed: "The Polish pope also meant political deliverance because deliverance is an act of freedom; he brought us that deliverance in a political sense. We think we would not have got rid of the communists if we did not have a Polish pope."

"If we, the Hungarians, had not followed Christianity for a thousand years, we would have disappeared, so we must also protect the nation," the prime minister noted, vowing himself to fight with his "sword," "power" and "arguments."

But he warned: "I think the next decade will be marked by epidemics and migrations. All of this has a severe, perhaps fatal, effect on European Christian Democracy." 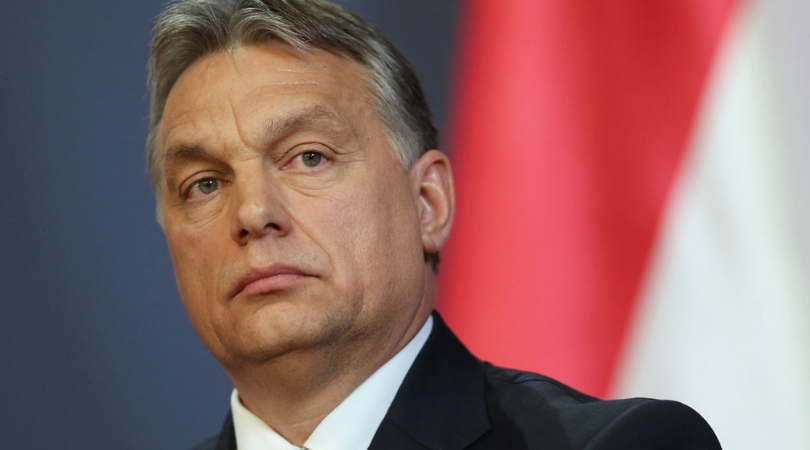