Ordained by a Predator 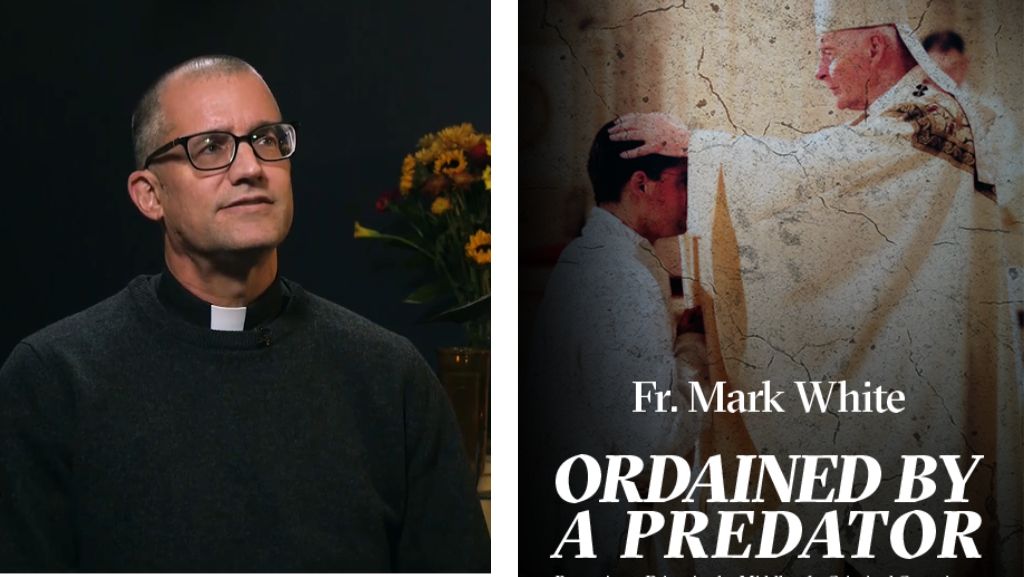 Becoming a priest in the middle of a criminal conspiracy

Father Mark White is a priest of the diocese of Richmond, Virginia. His book, Ordained by a Predator: Becoming a Priest in the Middle of a Criminal Conspiracy, is being published in November. In this interview, Fr. White gives background on learning the truth about Cdl. Theodore McCarrick, the man who ordained him, and how he has attempted to grapple with that reality as a priest.

CM: What was your initial reaction when you first learned of the abuse allegations against Cdl. McCarrick in 2018? Like with many of us Catholics who had known him and worked with him, the news rocked me to the core. This man laid hands on me to make me a priest of Jesus Christ. Turns out he also laid hands on many helpless victims to satisfy his own depravity, exploiting his ecclesiastical authority to get what he wanted. And Church officials covered up his crimes for decades. CM: What prompted you to start writing your blog? I had discovered something worse than I could ever have imagined. As a seminarian and young priest, I had been in the middle of a criminal conspiracy without knowing it. I had to find the truth about what happened. And I had to make clear to the people who trusted me that I did not think it was OK. CM: What did you write about on your blog? I started by trying to build a full account of McCarrick's crimes and who covered them up. As I did that, I realized that I had never before really grasped what clerical sex abuse victims go through. I tried to understand the crisis from their point of view.

CM: How did the public respond? I received encouragement from all over the world, from abuse survivors and from brother priests — especially from other priests McCarrick had ordained. My parishioners told me how much they appreciated my willingness to deal with the problem. But they also feared reprisals from the bishop. CM: How did your bishop, Barry Knestout, react to your blog?

He did everything he could to get me to remove the blog from the internet. He removed me from my assignment and had the lock to my house re-keyed. He petitioned the Vatican to throw me out of the priesthood. He did everything short of having me assassinated. For a few months there, my friends joked that I had better check my car carefully before I started the engine.

CM: What is Bp. Knestout's history and relationship with Cdl. McCarrick? I don't know everything. There are secrets that only McCarrick and Knestout can tell. But the connection goes back decades to the early years of Knestout's priesthood. McCarrick became archbishop of Washington in 2000 because of his close friendship with Cdl. James Hickey; Knestout was Hickey's priest-secretary during those years. After McCarrick came to Washington, he made Knestout one of his priest-secretaries and later put him on the bishop-career track in the archdiocesan offices. Knestout then went on to become the longtime right-hand man of McCarrick Cover-Upper-in-Chief, Cdl. Donald Wuerl. Knestout was made a diocesan bishop because of his long-term closeness to the criminal conspiracy I outline in the book.

There are secrets that only McCarrick and Knestout can tell.

CM: What prompted you to fight back canonically against your bishop's decree, ordering you to remove your blog from the internet? First I tried every compromise I could think of. When that didn't work and the worst happened — my suspension from ministry and being locked out of the rectory — the parishioners saw the bishop's actions as clearly unjust. I worked with a canon lawyer in the hopes that I could continue with my "day job," so to speak, being the parish priest. The McCarrick blogging had only ever been a late-night hobby. I wanted to keep doing what I was doing in the parish. But I knew that shutting up completely, like the bishop wanted, would make me part of the conspiracy. CM: Where does your case now stand? I have found myself in canonical "limbo" now for 2 1/2 years. The Vatican dismissed my appeal on a technicality, but they also rejected the bishop's case for my laicization. No authority in the Church seems interested in trying to sort out the issues involved. CM: How do you think reading your book might help a Catholic? Or a non-Catholic interested in the story? I continue to celebrate Holy Mass every day, and I believe everything the Church teaches. Even though I was ordained through the hands of a man who belonged in jail, and even though one of his protegés has done everything possible to destroy my priestly vocation, I think all this has given me an insight into what needs to happen in the Church so that we can continue to offer the world the Good News of salvation in Christ.