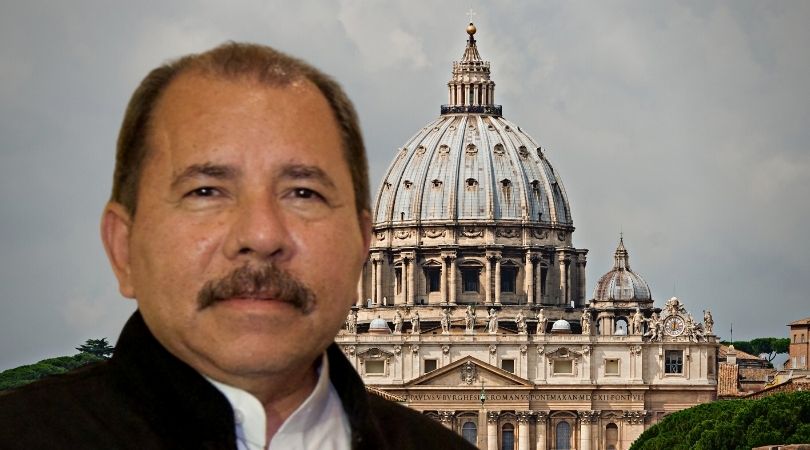 MATAGALPA, Nicaragua (ChurchMilitant.com) - The bishops of Nicaragua are speaking out in support of a brother bishop who has been placed under house arrest by government forces.

Bishop Rolando Álvarez of the diocese of Matagalpa has been detained in the diocese's chancery building for days, as surrounding police forces prevent him and others from leaving.

The Bishops' Conference of Nicaragua, in light of the situation that our brother in the episcopate, Msgr. Rolando José Álvarez Lagos, is living, want to express our fraternity, friendship and episcopal communion with him, since this situation touches our hearts as bishops and as members of the Nicaraguan church.

In addition to the house arrest, Bp. Álvarez is also under criminal investigation as president Daniel Ortega seeks to quash a Catholic radio network in the diocese of Matagalpa.

The bishop and 12 others have been barricaded inside the diocesan chancery by riot police since Thursday. Government officials have accused Bp. Álvarez of "crimes against spirituality" and "inciting violence." Bishop Álvarez, for his part, has been livestreaming the siege on Facebook, giving sermons and praying.

According to The Pillar, the Nicaraguan government has issued the following statement on the situation:

Under the auspices of the high authorities of the Catholic Church, and taking advantage of their status as religious leaders, the diocese of Matagalpa headed by Bp. Rolando José Álvarez Lagos, is using media and social networks to organize violent groups, inciting them to execute acts of hatred against the population ... with the purpose of destabilizing the state of Nicaragua and attacking the constitutional authorities.

The siege is just the latest incident of the long-running conflict between the Sandinista government and the Catholic Church.

Daniel Ortega, the president of Nicaragua, has wielded immense political influence over his country for over 40 years. Brought into power by the Nicaraguan Revolution, Ortega and the leftist Sandinistas battled American-backed Contras in the "Contra War" of the 1980s. After a 17-year interlude in the opposition, Ortega took power again in 2007, and has abolished term limits.

Ortega's regime began destabilizing in 2014, and protests rapidly escalated in 2018, exploding into the most violent unrest since the Nicaraguan Revolution.

The subsequent 2021 Nicaraguan elections may have weakened Ortega's hold on power rather than strengthening it. The elections were roundedly decried as illegitimate by world leaders, with unelected president Joe Biden saying they were "sham elections." Despite the Nicaraguan government claiming 65% participation, some sources estimated the turnout was a paltry 18.5%.

The Catholic Church has never been on good terms with the Sandinistas. The Church has opposed the Sandinistas, historically a Marxist organization, from the very beginning. Tensions have rapidly deteriorated as Ortega's position becomes less tenable, and the Church is now openly targeted by the regime. The Nicaraguan church was supportive of the 2018 protests and harshly condemned the government crackdown. Over 350 people were killed in the suppression of the protests, and the Church's sympathies led Ortega to accuse the nation's bishops of being complicit in a coup.

Bishop Álvarez has, in particular, been a thorn in the Ortega regime's side.

Ortega has severed diplomatic relations with the Vatican, expelling the nuncio and recalling his ambassador. Since the unrest began, nearly 200 churches — including a cathedral — have been attacked, in some cases firebombed.

The government has taken to aggressively closing Catholic radio stations. Father Uriel Vallejos, the pastor of Divine Mercy Parish, was besieged in his rectory from Aug. 1–4 when he refused to hand over radio equipment.

Police forces prevented access to food and cut electricity to the building. Eventually, Fr. Vallejos was escorted out. Bishop Álvarez, the local ordinary, had led a eucharistic procession in protest of Fr. Vallejos' treatment, which may have led to him being targeted. Bishop Álvarez planned to offer mass later that day, but found himself barricaded in his chancery. Bishop Álvarez remarked, "The road outside our clergy house is closed off by the national police. And the main gate, as well as the garage, are [sic] also blocked by the riot police. However, even in this situation, we maintain our joy, our strength and our inner peace."

Bishop Álvarez has, in particular, been a thorn in the Ortega regime's side. He has openly defied government policies numerous times, denouncing the persecution of the administration's opponents, and has carried out a hunger strike to protest police harassment of him and his family members. Rosario Murillo, vice president of Nicaragua and wife of Daniel Ortega, has called Bp. Álvarez a "jester."

It is hard to determine if Ortega's play is a show of strength or an act of desperation. There is a long history of clerics opposing oppressive regimes — Óscar Romero in nearby El Salvador comes to mind. By assassinating him, the El Salvadoran government ensured that he would become an enduring symbol. Ortega may be wary of doing the same to Bp. Álvarez, and hence is resorting to besieging the bishop.

Even so, Bp. Álvarez is taking great risks. There are reportedly more than 180 political prisoners in Nicaragua, and some fear Bp. Álvarez may soon join them. 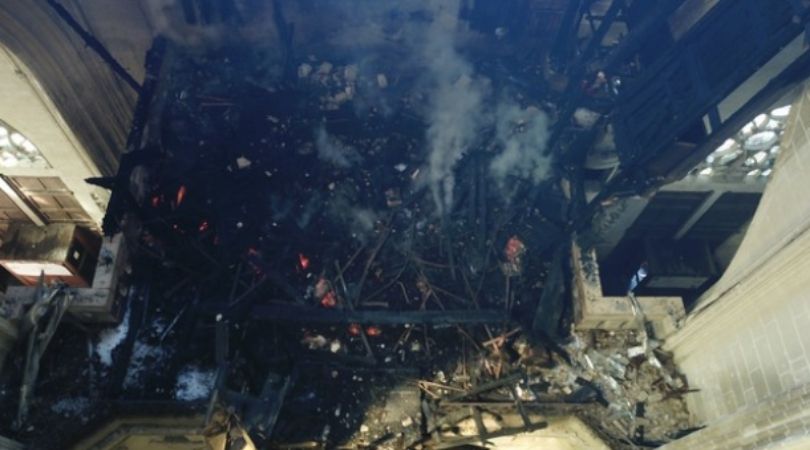 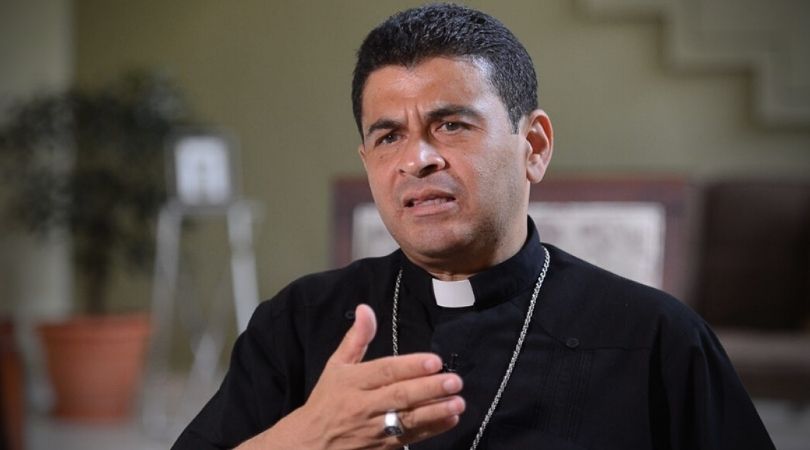 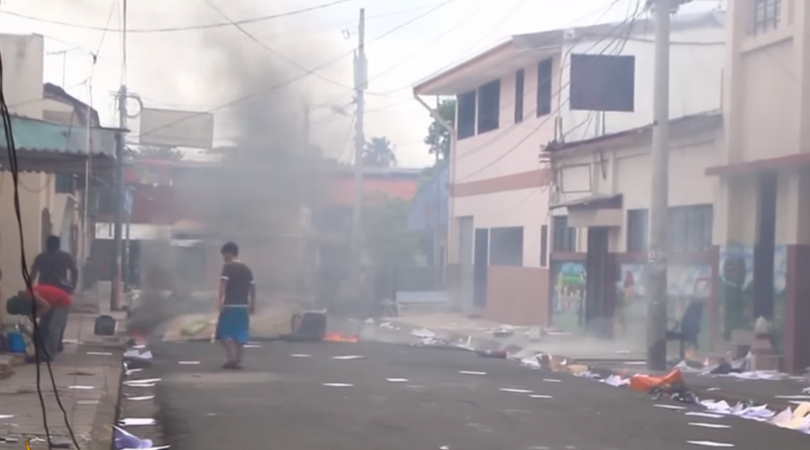 Church in Nicaragua Victimized Amid Unrest, Violence
By David Nussman   •   0