WALSINGHAM, England (ChurchMilitant.com) - On Tuesday, Catholics across the United Kingdom celebrated the Solemnity of Our Lady of Walsingham, a feast commemorating apparitions of the Virgin Mary to a pious English noblewoman in 1061.

The celebration marked the final months of a multi-year prayer campaign for national re-evangelization and conversion that will culminate on March 29, 2020, with the rededication of England as the Dowry of Mary.

An exhibition brief marking the upcoming rededication explains the significance of the title: "The word 'dowry' (from the Latin dos, meaning 'donation') is sometimes understood as the donation accompanying a bride. In medieval English law, however, the meaning was reversed — a husband would set aside a portion of his estate ... for the maintenance of his wife, should she become a widow."

"The historical understanding of England as 'Mary's Dowry' is understood in this sense — that, England has been 'set apart' for Mary," it adds.

Campaign organizers describe the next few months as a time of grace, "when all England is invited to renew their own personal 'YES' to the Lord Jesus through parish communal acts of preparation for Consecration to Jesus through Mary."

They're also inviting U.K. Catholics to commit to "regular Confession, the praying of the Angelus, Rosary and prayerful invocation of the Saints and Martyrs of England as ongoing prayer for our nation and the entire British Isles."

England was once renowned for its Catholic piety — especially its devotion to the Blessed Virgin, embodied by the dozens of Marian shrines adorning the country.

The title "Our Lady's Dowry" is thought to have originated during the reign of St. Edward the Confessor (1042–1066). By the middle of the 14th century, its use was widespread.

On July 15, 1381, King Richard II (1377–1399) officially dedicated England to Our Lady as Her Dowry, entrusting the realm to Her care and protection — an event depicted in the renowned medieval painting, the Wilton Diptych.

Reflecting on England as "set apart" for Mary, Abp. Thomas Arundel, archbishop of Canterbury, wrote in 1399:

The contemplation of the great mystery of the Incarnation has drawn all Christian nations to venerate her from whom came the first beginnings of our redemption. But we English, being the servants of her special inheritance and her own dowry, as we are commonly called, ought to surpass others in the fervour of our praises and devotions.

Around 1496, Richard Pynson, printer to King Henry VII, composed the Walsingham Ballad, which declares: "O England, great cause have you to be glad compared to the Promised Land, for you are graced to stand in that degree, through this gloriously lady's intercessions; to be called in every realm and region the Holy Land, Our Lady's Dowry; thus are you called from all antiquity."

"No other nation claimed such an honor as this," writes Fr. Matthew Pittam, a priest of the Personal Ordinariate of Our Lady of Walsingham. "Before the Reformation, England was as advanced as any other European country in steadfast devotion to Our Lady."

He recounts that King Henry VIII's revolt in the 1530s marked a turning point for the country's devotion to the Virgin Mary:

With the Reformation came the fanatical destruction of so much of the great Catholic heritage, art and architecture of England. Shrines were destroyed, important images of Our Lady were taken to Chelsea and burned, and holy men and woman died for their faith. Alongside this iconoclasm and terror came the dimming of the memory of Our Lady's Dowry.

Even so, Fr. Pittam notes, "[F]or some the hope and promise of this special honor was never completely extinguished."

"Recusant families, those who kept the flame of Catholicism burning during penal times (when Catholicism was outlawed), maintained the faith at great personal cost," he adds. "For many of these families, the belief in Mary's Dowry spurred them on during their most difficult and trying years and gave them strength to persevere through persecution."

In 1893, Pope Leo XIII urged English Catholic pilgrims in Rome to remember "the wonderful filial love which burnt within the hearts of your forefathers towards the great Mother of God, to whose service they consecrated themselves with such abundant proofs of devotion, that the Kingdom itself acquired the singular title of 'Mary's Dowry.'"

Dowry Tour organizers note that unlike King Richard II's dedication in 1381, next year's rededication "will not be the gift of the country of England, but the personal gift of the faith of the people of England to the Mother of God, to seek her help in building a strong spiritual foundation" for the re-evangelization of the country.

In the immediate lead-up to the rededication, on Feb. 21, 2020, all Catholics are invited to begin a personal 33-day consecration to Jesus through Mary, following the method of St. Louis de Montfort. The personal consecration will culminate on March 25, the Feast of the Annunciation.

March 26–March 28 will mark a three-day triduum of prayer, during which participants will go to confession and join in recitation of the Rosary and the Litany of the Saints and Martyrs of England.

Finally, on March 29, the personal rededication of England as the Dowry of Mary will occur in Westminster and Walsingham, as well as every cathedral and parish in the country.

Participants will implore Our Lady's intercession, mindful of what some regard as a prophecy of spiritual renewal: When signing the rescript for the Restoration of the Shrine of Our Lady of Walsingham in 1897, Pope Leo XIII declared that "When England returns to Walsingham, Our Lady will return to England." 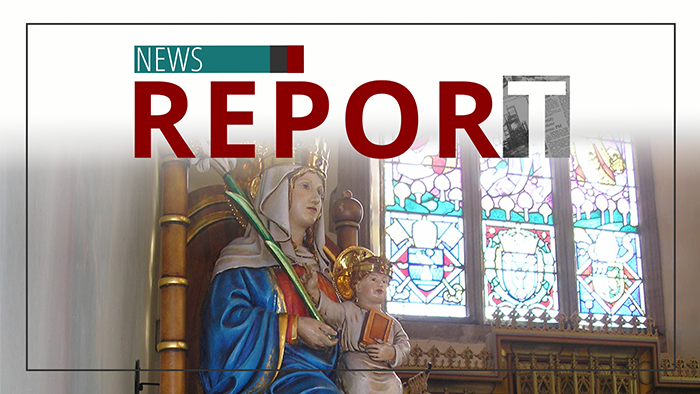 Watch
Our Lady Returns to England
By Bradley Eli, M.Div., Ma.Th.   •   0
Our Lady of Walsingham Statue to Tour English Cathedrals
By Stephen Wynne   •   0 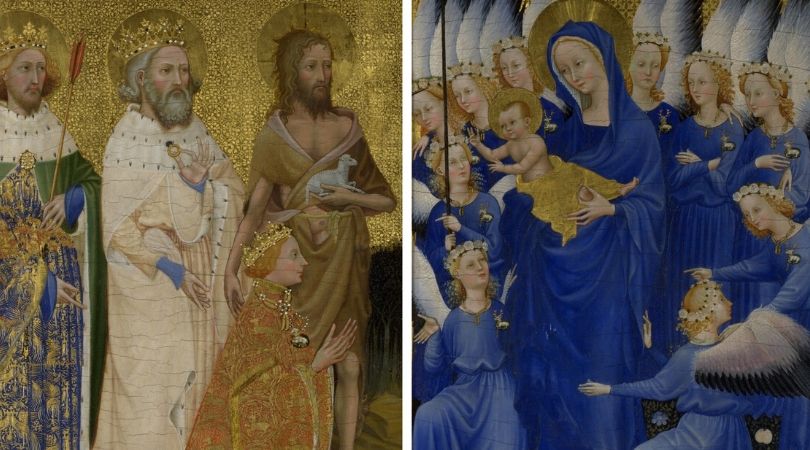