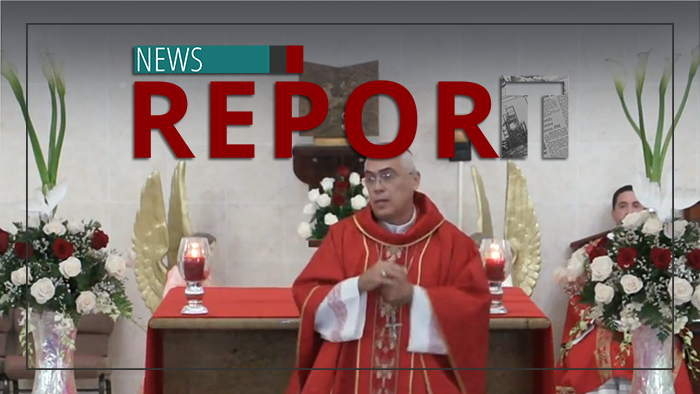 Church Militant's Trey Blanton tells us why Torres refused to resign and instead waited to be fired.

The Vatican announced Wednesday that Pope Francis "relieved Torres from the pastoral care of the diocese of Arecibo, Puerto Rico."

His crime? Torres was told he "had not been obedient to the pope" and he was not "in sufficient communion with [his] brother bishops of Puerto Rico." Torres, in a declaration to his flock, claimed, "No process has been made against me — nor have I been formally accused of anything."

Last year, Torres refused to sign a joint statement on vaccine mandates with the other Puerto Rican bishops. They claimed, "There is a duty to be vaccinated, and we do not see how a conscientious objection can be invoked from Catholic morality."

In his own letter to the faithful, Torres stood up for conscientious objection: "It is legitimate for a faithful Catholic to have doubts about the safety and efficacy of a vaccine, given ... what the pharmaceutical companies or drug regulatory agencies say is in no way a dogma of faith." He added, "Safety and efficacy are relevant and necessary data for moral judgment."

Speaking to the canonical injustice, Torres noted, "Now a successor of the Apostles is replaced without even undertaking what would be a proper canonical process to remove a parish priest."

The prelate says he feels blessed to suffer persecution and slander. He laments that, in a Church where mercy is preached, there is minimal justice.

Appointed by Pope Benedict XVI, the bishop has been a staunch advocate for Church teaching. Last year, he described gender ideology as a violation of parental rights and "religious persecution."