Outrage and Anger Over Death of Alfie Evans

DETROIT (ChurchMilitant.com) - Following the passing of the sick British toddler on Saturday, there has been international outrage and disappointment from thousands of supporters.

Alfie Evans' parents, Tom Evans and Kate James, confirmed Saturday on Facebook that their son died, saying, "Our baby boy grew his wings tonight at 2:30 a.m. We are heart broken. Thank you, everyone, for all your support." The post has since been liked by more than 231,000 people.

News of Alfie's passing prompted a score of reactions, including from two members of the European Parliament (MEP) who criticized the bishops and priests of England for failing to act on behalf of the sick infant.

Nadine Dorries, a conservative MP in the House of Commons, slammed the British hierarchy Saturday on Twitter, saying, "Catholic bishops and priests of England, hang your heads in shame. It took the pope to show you up for the weak, pathetic, blow with the winds that you truly are."

Catholic bishops and priests of England, hang your heads in shame. It took the Pope to show you up for the weak, pathetic, blow with the winds that you truly are.

Similarly, MEP Steven Woolfe also blasted U.K. clergy, including Abp. Malcolm McMahon of Liverpool, who offered his prayers for the repose of the soul of Alfie while praising the "staff at Alder Hey Hospital for their professional care of Alfie" in his statement on Saturday.

Woolfe tweeted Sunday, "You let a Catholic family down, Catholics in the country and an empty statement, more concerned with politically [sic] correctness and sub blame of the masses. If you want to empty the aisles you are doing a good job." 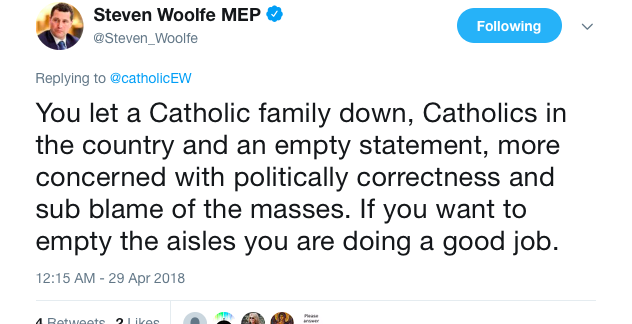 Previously, McMahon, who refused to travel about four miles to anoint the sick toddler, traveled to Rome Wednesday while his auxiliary bishop, Thomas Williams, met with Fr. Gabriele Brusco, Alfie's chaplain, and questioned him on his presence at the hospital. Brusco was expelled from Alder Hey hospital in Liverpool, England, following the conversation with Williams and McMahon's Rome visit.

An internal memo from the archdiocese of Liverpool was leaked on April 16, in which an archdiocesan auxiliary bishop offered support "to doctors and staff" of Alder Hey even though they have "not met with the parents who, it is understood, are not Roman Catholic."

The memo also said the hospital is acting "in the best interests of Alfie" and describes Alder Hey as "a center of excellence" while including statements from the hospital and Liverpool police concerning past peaceful protests outside the hospital.

The Ordo Iuris Institute in Poland presented a statement to the U.N. High Commissioner for Human Rights Saturday, calling them to take a stand on "violations of human rights and children's rights in the Alfie Evans case."

The group presented details of the failed court battles with High Court, the British Appeals Court, the Supreme Court and the European Court of Human Rights. They also included favorable opinions from Polish doctors regarding Alfie's undiagnosed rare degenerative neurological condition and the fact that foreign hospitals in Italy and German were willing to accept the child for future treatment.

Every parent in the U.K., Catholic or otherwise, will now rightly question whether by admitting their child to a NHS hospital, their child will ever again be allowed to leave and see the light of day.

The violations in the case included the right of parents to choose therapy to safeguard the well-being of their child and the child's right to health and medical care of the highest standard.

This is contrary to the support received internationally from Pope Francis, who helped, alongside the Italian government, in securing medical air transportation from Alder Hey to Bambino Gesu hospital in Rome. Others expressing concern were American and Brazilian bishops, Polish president Andrzej Duda, Polish deputy prime minister Beata Szydło and Antonio Tajani, president of the European Parliament.

The nephew of influential German Catholic philosopher Dietrich von Hildebrand, Jean Pierre Casey, also denounced the bishops of England and Wales in an open letter Friday for praising Alder Hey for its "integrity" and for "completely failing" to uphold "the sanctity and dignity of human life."

He blasted the bishops for also not recognizing the "primary rights of parents — not the state, or medical doctors, or conflicted, unelected magistrates — to determine what they believe to be in the best interests of their child," declaring the bishops' declaration not Catholic.

"It is ever more obvious that beyond the thousands of abortions they procure annually, NHS [National Health Service] hospitals are becoming death mills not only for the unborn but for the living," insists Casey. "Every parent in the U.K., Catholic or otherwise, will now rightly question whether by admitting their child to a NHS hospital, their child will ever again be allowed to leave and see the light of day." 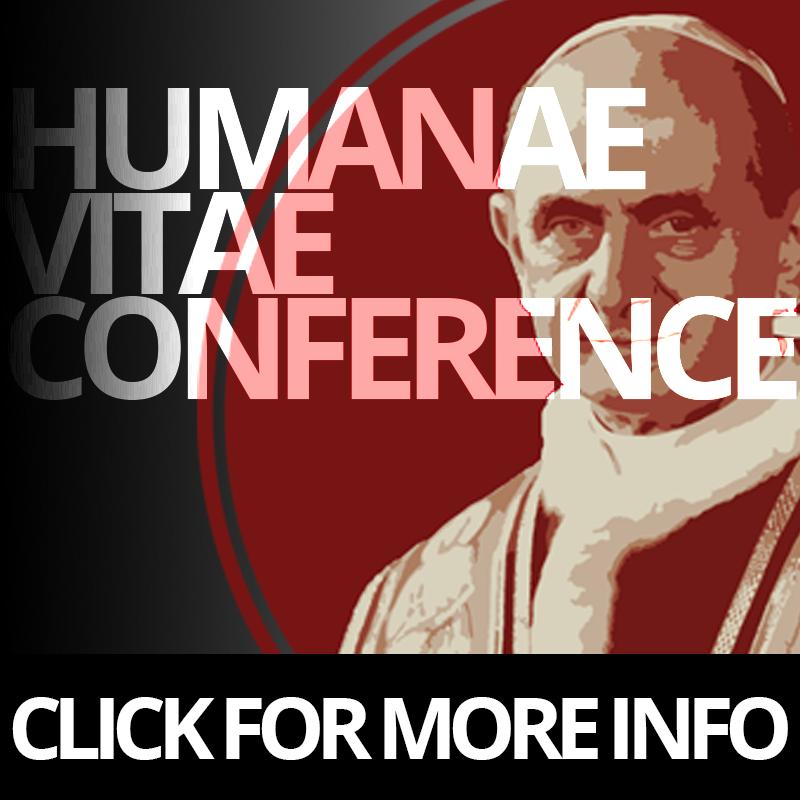