Described as pornographic and sexually risky

SACRAMENTO, Calif. (ChurchMilitant.com) - Fed-up California parents are mobilizing to push back on a no-holds-barred K–12 health curriculum in public and some charter schools.

"No one will believe it until you see it," Rebecca Friedrichs, a staunch critic of the new curriculum and founder of For Kids & Country, a national movement of parents, teachers, students, faith leaders and citizens uniting to restore our schools and culture, told The Christian Post May 29.

No one will believe it until you see it.

California's Board of Education voted in May in favor of changes to its sex education guidance for kindergarten through 12th-grade students known as the Health Education Framework.

The framework aligns with the California Healthy Youth Act that became law on Jan. 1, 2016.

Friedrichs warned about a game 11-year-olds play as part of the curriculum called "A Talk with Tanisha" when students "talk about sexual interests and discuss experiments with bisexuality" in an interview with The Christian Post.

One concerned parent told the activist that her daughter's school had condom relay races for 10 to 11-year-old girls and, in front of boys, were taught how to put a condom on a model of an adult male, the activist said.

The curriculum instructs teachers to inform students of the location of nearby abortion facilities.

On March 28, for the second time in two months, hundreds of concerned parents and other community members pushed back, marching on the state capitol to voice their objections to the framework. They carried signs declaring "No SeXXX ed," "CA Sex Ed Chasing Families Out" and "Mama Bear Says NO." Some prayed outside the capitol.

A recently mobilized group Informed Parents of California planned other rallies, most recently on May 17, at education offices in Los Angeles, Orange and San Bernardino counties to oppose the Board of Education's approval of the revisions to the health and sex education framework.

It urged concerned citizens to: "Stand up, join the fight, protect our kids from the explicit material affecting our kids in public school as young as 5 years old."

According to Friedrichs, teachers' unions are at the root of the problem of the pornographically normalizing curriculum, not teachers.Powerful teachers' unions and their far-left allies, including Planned Parenthood, the American Civil Liberty Union, Southern Poverty Law Center, the Human Rights Campaign and the Kinsey Institute, "all partner with each other."

Friedrichs said that God laid it on her heart to write a book after a successful battle with the unions. Standing Up to Goliath: Battling State and National Teachers' Unions for the Heart and Soul of Our Kids and Country was the result and has been described as "a blow by blow account of arguably the most meaningful battle of our times — the ongoing fight for the nation's children against the all-powerful teachers' unions."

While the Judeo-Christian tradition teaches "kindness" as a way to deter bullying, Friedrichs explained how the unions operate: Teachers' unions sneak anti-bullying dogma into the new sex education by framing it in terms of gender diversity and gender fluidity.

In an opinion piece for the Orange County Register published on April 7, the author and activist told about how Pastor Gheorghe Rosca of New Hope Christian Ministries, whose family escaped from Communist Romania, compared California's overreach to the authoritarianism he experienced: "I'm very disturbed by the fact that the framework in middle school defines 'spiritual abuse' as 'Using religion to justify rigid gender roles.' Since when has the state of California become the Church of California?"

Rosca added, "The other thing I'm very confused about is why is the ACLU, Planned Parenthood, GLSEN [Gay Lesbian Straight Education Network] and Human Rights Campaign are plastered all over these chapters? This is a very biased framework. I urge you to reject it."

Friedrichs is asking that all caring citizens "adopt a teacher" by sharing Standing Up to Goliath, which exposes the bully unions, with parents and teachers. She pointed out that because June 27, 2019, is the one-year anniversary of the Janus supreme court decision that she fought for and that freed public sector employees from forced unionism, it is an apt time to do so.

According to the National Conference of State Legislatures, "All states are somehow involved in sex education for public schoolchildren."

"Twenty-four states, including California, and the District of Columbia require public schools teach sex education (21 of which mandate sex education and HIV education)," it adds.

Church Militant reached out to communication directors in the archdiocese of Los Angeles and the diocese of Sacramento for comment about their reactions to the state's new sex curriculum but received no reply. 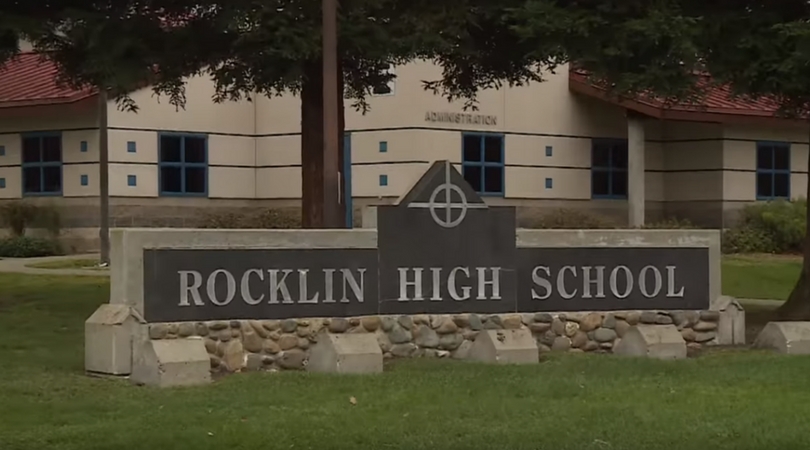