ROME (ChurchMilitant.com) - The Wuhan virus pandemic is making acceptable the idea of ​​"social" euthanasia reeking of Nazism, one of Italy's best-known Catholic epidemiologists is warning.

Dr. Paolo Gulisano uncovers a nightmarish scenario where the disabled and elderly are increasingly becoming the victims of "therapeutic abandonment" all over the world.

Such an "immoral act" is now being interpreted as a "gesture of generosity" that governments and health care services owe citizens as a matter of right, the former professor of History of Medicine at the University of Milan-Bicocca observes.

Professor Gulisano says that in the next few days, "disabled people will be the first to pay" for this ethical justification that he says is based on the claim that hospitals lack the means and equipment to treat all who are ill.

Church Militant asked the celebrated essayist what authorities were to do if an 80-year-old man with previous underlying health conditions and an 18-year-old girl with no previous health issues were both admitted with the Wuhan virus to a hospital lacking the means to treat them.

"First of all, it must be said that a hospital is not a sinking ship. It is not the Titanic, where you have to choose which passengers to put on the lifeboats and which to abandon. The hospital, whose name means (from the Latin hospitale) 'the place of welcome,' must welcome and take care of every person," Dr. Gulisano stresses.

Do we have two people and one respirator? Well, then I would do everything to get another respirator. I have to increase the possibilities of saving lives, not reduce lives who approach me for rescue. Hospitals, therefore, need to equip themselves better and more to deal with the emergency, to avoid any avoidable deaths. There are no excuses. This is what ethics and medical ethics ask us.

Gulisano, a specialist in hygiene and preventive medicine, points out that this "lack of means and equipment" narrative began to be parroted in Italy last month but is now being adopted by other countries that have had sufficient time to prepare for the pandemic.

A hospital is not a sinking ship. It is not the Titanic, where you have to choose which passengers to put on the lifeboats and which to abandon.

"How is it possible that the United States, after having witnessed the spread of this pandemic since early January, has not adequately equipped itself by increasing the production of respirators and other suitable technical means, and by arranging hospitals so as not to miss the assistance of any citizen?" he asks.

"Italy may not have openly declared its eugenic intentions," Gulisano notes, "but testimonies emerging from Italian hospitals speak of a practice adopted since the first days of the epidemic — that of not treating everyone, but only people under 75 years of age."

"Hospitals, especially those in the North [of Italy] — we have been told several times — are on the verge of capacity, on the verge of collapse. Therefore, it is made clear that these deaths — perhaps avoidable — are necessary for a 'common good,'" he added.

Other countries are now adopting similar eugenic practices to weed out the elderly and disabled.

"In Tennessee, people affected by spinal muscular atrophy will be excluded, while in Minnesota the range of patients who will not have the right to a respirator expands to people suffering from lung diseases, heart failure and even liver cirrhosis," he laments on his blog.

Nurses are being asked to follow a sedation protocol with fatal doses for a certain category of patient who could still be saved.

"In states such as New York, Michigan, Washington, Alabama, Utah, Colorado and Oregon, doctors need to evaluate their level of physical and intellectual ability before intervening, or not, to save a life," the doctor continues.

Meanwhile, nurses and doctors in hospitals are coming forward to testify to the widespread adoption of the "new euthanasia."

France is witnessing a dramatic increase in the euthanasia of elderly patients with the Wuhan virus, according to a Catholic news agency.

Instead of administering medication to relieve their pain while waiting to find a place to treat them, nurses are being asked to follow a sedation protocol with fatal doses for a certain category of patient who could still be saved, Medias-Presse.Info is reporting on the basis of testimony from hospital sources.

"The doses administered to such patients amount to 1 mg of morphine per hour or 24 mg per day, which is enough to kill an elderly person very quickly. In addition, 24 mg of hypnovel is added daily (fatal from 30 mg per day)," testifies a nurse working in the emergency department of a large Parisian hospital.

In nursing homes in France, there are over 2,000 deaths of elderly residents related to the Wuhan virus.

Comparatively, for all ages in Russia, for a country of 146.8 million inhabitants (against 67.7 million inhabitants in France), on April 4, there were 43 dead. In Hungary, there are 34 deaths per 9.8 million inhabitants. In Poland, 79 people died among 38.4 million. Slovakia is a very safe country as there are currently no deaths for 5.5 million people, Medias-Presse.Info observes, basing its analysis on World Health Organization figures. 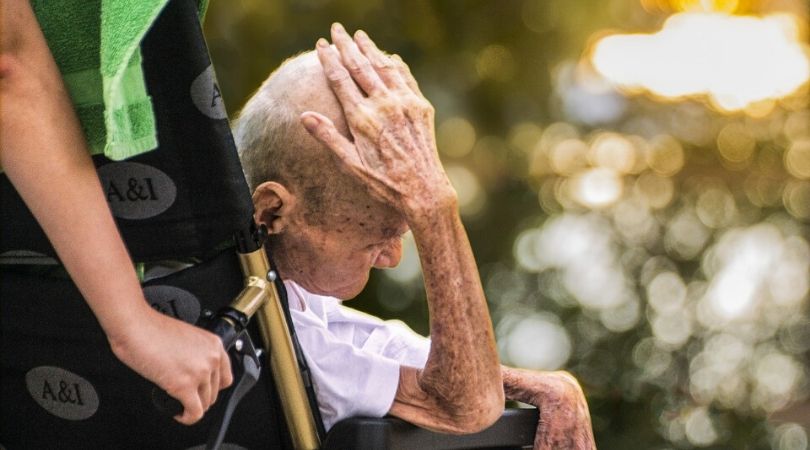