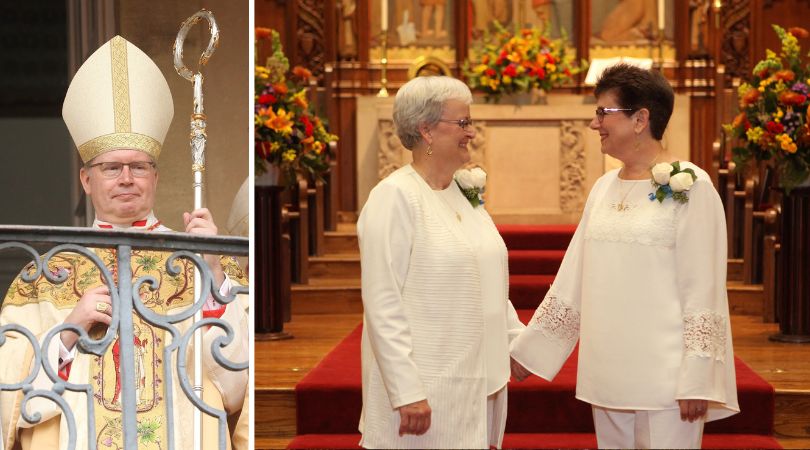 "One cannot cultivate spiritual fruit by blessing relationships that go against God's order of creation," Cdl. Willem Jacobus Eijk, archbishop of Utrecht, declared Tuesday in a theological rebuttal of the Flemish rite for blessing homosexual relationships.

"Situations that are objectively wrong from a moral point of view cannot be blessed," the cardinal wrote in the Italian journal La Nuova Bussola Quotidiana. "God's grace does not shine on the path of sin."

Eijk, a Dutch medical doctor, moral theologian and philosopher, has been nominated in the book The Next Pope: The Leading Cardinal Candidates by Vaticanist Edward Pentin as one of the 19 cardinals considered to have the greatest likelihood of being elected pope.

The cardinal, who obtained a doctorate in medicine with a thesis that responded to Dutch euthanasia practices, has been one of the strongest voices against sexual licentiousness in the West, insisting that "homosexuals must hold themselves to abstinence."

Critiquing the response in the Flemish bishops' liturgy wherein the homosexual couple says, "By Your word we want to live," Eijk retorted, "But the word of God contained in Scripture unequivocally and undeniably qualifies homosexual relationships as a sin."

The transition from blessing to same-sex marriage is not a big step and will be possible in the near future.

Such prayers risk leading Catholics astray, since the prayers give the impression that "lasting, monogamous same-sex sexual relationships are morally acceptable," the cardinal noted.

The cardinal questioned the recessional prayer prayed by the community in the Flemish rite of gay blessing, which asks God to "give us the strength to walk with them, together in the footsteps of your Son and strengthened by the Spirit."

"So do the Flemish bishops really believe that same-sex couples in their same-sex relationships follow in the footsteps of Christ?" Eijk queried. "What is blessed must also correspond to God's order of creation."

What is blessed must also correspond to God's order of creation.

The "declaration prayer" in the liturgy of homosexual blessings in which same-sex couples commit to each other demonstrates "an unequivocal analogy with the 'I do' that a man and a woman say to each other during the marriage ceremony," he observed.

"The fear, therefore, is not unfounded: The transition from this blessing to same-sex marriage is not a big step and will be possible in the near future," Eijk warned. "Allowing the blessing of gay couples carries the great risk of devaluing blessings and undermining the Church's teaching on the morality of marriage and sexual ethics."

Bishop Johan Bonny of Antwerp, the lead bishop responsible for the rite of gay blessings, said Friday that he had spoken with the pontiff, learning that the liturgy "for the blessing of homosexual couples that we have recently published is in line with Pope Francis."

"I was called to Rome, and there I said what was my opinion about it," Bonny told German Catholic website katholisch.de. "I have also personally spoken with Pope Francis about it. I know now what he thinks. That is for me the most important thing."

I listen and I bless, and I also bless homosexual couples.

In 2018, French priest and psychoanalyst Fr. Daniel Duigou told the French website Konbini News he had received Pope Francis' endorsement for blessing same-sex couples: "The first question he [Pope Francis] asked me was: 'Do you bless divorced and remarried couples?' which is one of the big questions today in the Church."

When the website's interviewer asked, "Does this mean that the pope is in favor of blessing homosexual couples?" the French priest responded, "Yes, absolutely. It is not about marrying them."

In the new rite for homosexual blessings, the Flemish bishops quote Francis' controversial apostolic exhortation Amoris Laetitia by stating that "every human being, regardless of his sexual orientation, must be respected in his dignity and treated with respect."

"We want to continue on that path by giving this pastoral relationship a more structural character," the prelates explained, noting that same-sex unions, "although not a religious marriage, can be a source of peace and shared happiness for those involved."

"Pope Francis expressly asks 'these families to offer respectful pastoral guidance so that their homosexual members can enjoy the necessary support to understand and fully accomplish the will of God in their lives'" (Amoris Laetitia, §250), the statement accompanying the rite maintains.

God's grace does not shine on the path of sin.

In 2020, Francis favored sodomite couple Andrea Rubera and Dario De Gregorio with a phone call affirming their relationship. The pope welcomed them unconditionally into the Church with their three children, conceived with a lesbian surrogate through artificial insemination, Church Militant reported.

"I'm Pope Francis," the message began. "I called you twice, but you didn't answer. I read your letter. It's beautiful, and I understood your point of view. Certainly, not everyone will share your choice to have a family like this, but I think you should go to the parish because it is good for your children. You will see that you will find welcome; everything will be fine." 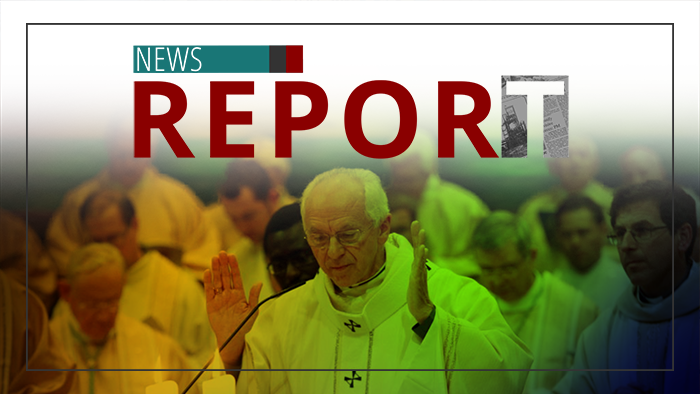