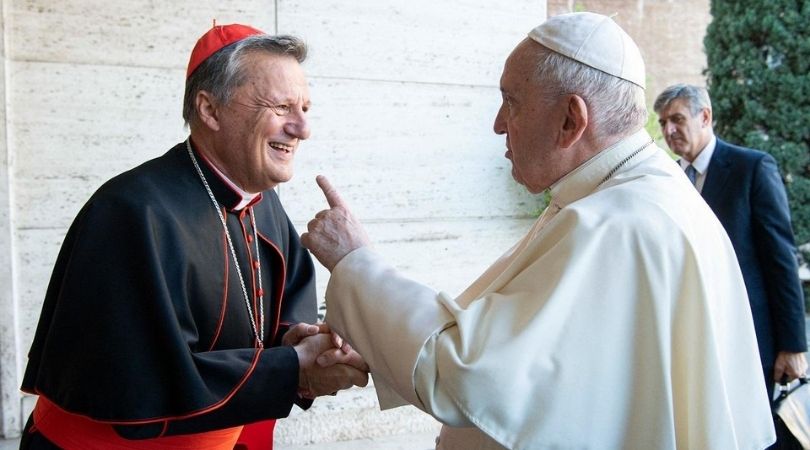 GOZO, Malta (ChurchMilitant.com) - A potential successor to Pope Francis has been implicated in a scandal involving a "secret deal" with the Maltese government, days after he was named as a contender to the throne of St. Peter.

Francis plucked the 65-year-old Grech from his relatively obscure position as bishop of the tiny island of Gozo and appointed the Gozitan-born prelate as secretary general of the Synod of Bishops, conferring on him a red hat shortly thereafter.

The Synod of Bishops is the Vatican office engineering the Synod on Synodality — Francis' pet project, designed to transform the Catholic Church by adopting an Anglican-styled model of "listening."

The papabile cardinal has now been implicated in a failed project involving Gozo's first-ever public residential home for the elderly. The care home was expected to open in 2013 but has been left abandoned for the past nine years, Malta's The Shift reported Tuesday.

Grech struck a covert deal in 2013 with then-Gozo minister Anton Refalo to lease the abandoned youth hostel of Dar San Ġużepp in Ghajnsielem to the government for conversion into a 140-bed home for the elderly.

The cardinal and the government have repeatedly refused to reveal details or publish the contract, which has already cost taxpayers millions of euros. Meanwhile, even more taxpayer money is being spent on housing the elderly in private facilities.

Grech and the government have also refused to respond to a freedom of information request to publish details of the lease and the contract.

Last year, the current Gozo Minister, Clint Camilleri, defended the deal's secrecy in the predominantly Catholic nation's parliament and brushed off questions about the controversial lease.

Responding to a question from parliamentarian Joseph Ellis, Camilleri referred to a previous reply from former Gozo Minister Justyne Caruana citing "commercial sensitivity" as the reason for the non-publication of the agreement.

Sant'Egidio made me discover another Gospel and another Church.

The government has spent over 510,000 euros on rent and professional services on the unfinished project, according to documents submitted to Malta's parliament. The Shift's sources say the deal with Grech was for only 15 years, earning the church 60,000 euros annually. According to the unpublished contract, the church will regain possession in 2028.

"The public has already paid the Church hundreds of thousands of euros for nothing, and, when completed, the new home will return to the Curia after just a few years, with the public having financed the Church's private project," the newspaper noted.

Work started in 2014 and the shell structure was built, but work was halted due to lack of funds. In 2020, the Gozo ministry issued a tender for finishing and managing the facility until the contract with the Church lapses.

The controversy over the deal has now resurfaced after Golden Care Homes Ltd., which posted the lowest bid of 28.3 million euros to complete the home and operate it, asked for the award to be revoked due to claimed illegalities by Malta's Department of Contracts.

Golden Care Homes objected to the government's decision to award the lucrative contract to Care Malta, alleging that the latter company did not satisfy the financial rules of the tender and should be disqualified.

Grech's name has come as a surprise addition to the current list of papabili. The Gozitan prelate is said to have emerged from a conservative stable but has progressively allied himself with Francis' reforms, supporting the pope's controversial apostolic exhortation Amoris Laetitia, which opens the door to Holy Communion for divorced and remarried Catholics.

A clergy source in Gozo also told Church Militant that "Grech has always coveted money. He over-taxed parishes and made money out of feasts, celebrations, etc."

Vaticanist Edward Pentin's book The Next Pope: The Leading Cardinal Candidates does not mention Grech, but names both Erdő and Zuppi as papabili.

Erdő, an accomplished canonist who faced the ravages of communism, is fluent in German, Italian, French, Spanish, English and Hungarian and has authored over 25 books and 250 articles and has shown support from the Traditional Latin Mass.

The Hungarian cardinal, who is passionate about evangelism, has dismissed the trend to democratize the Church, maintaining the Body of Christ is a "Christocracy" with Jesus ruling as the head.

On LGBTQ+ matters, Erdő insists that "there are absolutely no grounds for considering homosexual unions to be in any way similar, or even remotely analogous, to God's plan for marriage and family."

Zuppi is a great supporter of LGBT Catholics.

Zuppi, on the other hand, is viewed with suspicion by conservatives, particularly for his close association with the pro-migrant and pro-Muslim community of Sant'Egidio — a lay organization that has had a very strong influence on the policies of Pope Francis.

"Sant'Egidio made me discover another Gospel and another Church, the Church of my friends and not of the priests, of spontaneous prayer instead of the Rosary," stated Zuppi, a favorite of Italy's political Left.

Zuppi has led inter-religious prayers with Muslims, favored the abolition of the death penalty, re-defined the doctrine of Hell as a mere "experience" and expressed ambiguous views on homosexuality.

In 2019, when Pope Francis named Zuppi as a cardinal, homosexualist Jesuit Fr. James Martin enthusiastically tweeted, "He [Zuppi] is a great supporter of #LGBT Catholics and wrote the forward for the Italian version of my book Building a Bridge." 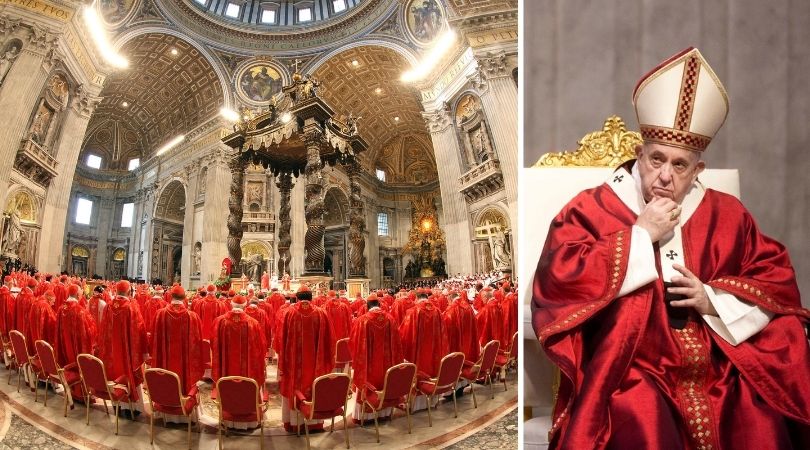 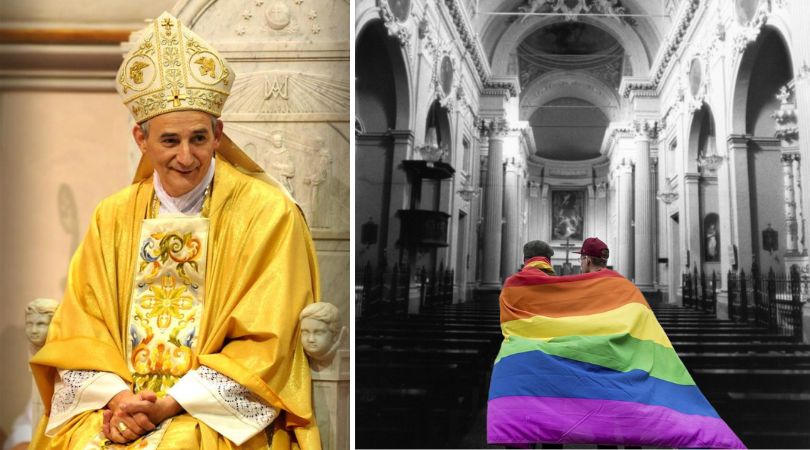