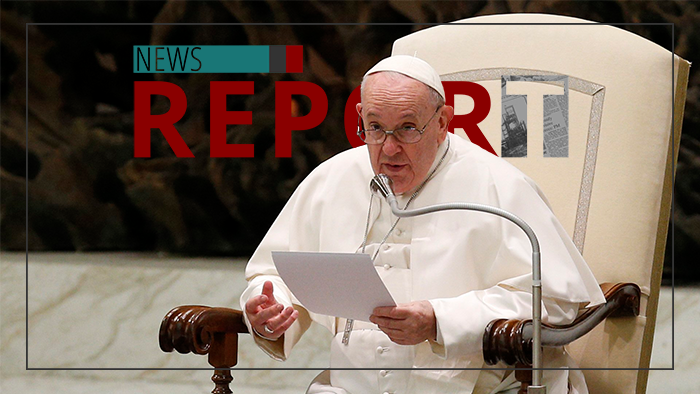 Speaking to the Congregation for the Doctrine of the Faith today, Pope Francis claimed the Church is "firmly committed to justice for abuse victims." But is it really? Church Militant's Hunter Bradford examines this question.

The Holy Father maintains the Church hierarchy is "vigorously pursuing" justice by "applying the established canonical legislation with particular attention and rigor." He's referring to changes made to Church law in December asserting his authority to dismiss priests from the clerical state without a trial in Church court. Francis could ax someone for — among other things — clerical abuse of a minor and soliciting sex from a penitent during confession.

He also noted two of his motu proprios, As a Loving Mother and Vos Estis Lux Mundi, both discussing how to address clerical sex abuse committed by a bishop.

Pope Francis, however, has so far refused to address the main cause of clerical sex abuse — sodomite priests. Even the long-awaited report discussing homopredator ex-cardinal Theodore McCarrick did not describe his same-sex acts in a negative light.

Indeed, sodomy and covering up for it is still a massive problem in both the Vatican itself and the Church in the United States. A bombshell report by The Pillar in July revealed ongoing use of the gay hook-up app Grindr in non-public spaces in the Vatican.

Despite the damning numbers in the John Jay report, nothing has been done by either Pope Francis or the American bishops to address the overrepresentation of sodomites in the priesthood. And as it looks now, they might never do so.

Victims of sex abuse will never see justice if the root cause of the abuse is never addressed. The demonic men who commit these horrific crimes deserve — at the very least — to be ousted from the priesthood and live in infamy.