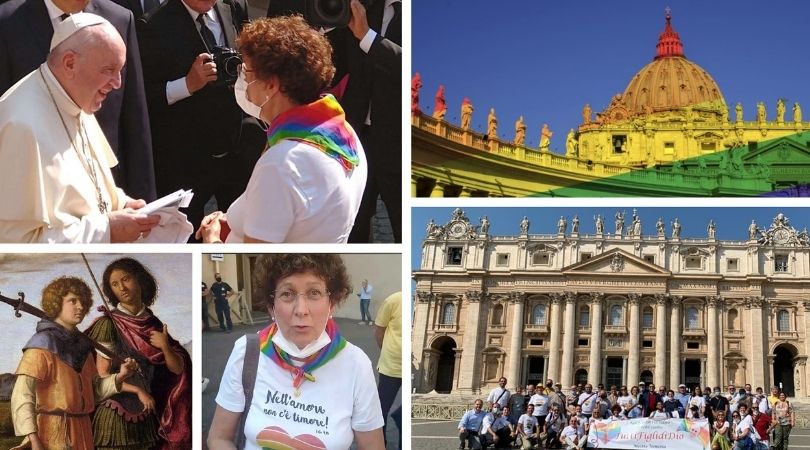 "The Pope loves your children as they are because they are children of God," Francis told the group of 40 Italian parents from La Tenda di Gionata (Jonathan's Tent) — named after the Old Testament character who, according to queer biblical interpretation, had a homosexual relationship with King David.

In his preface to the book, Fr. Gian Luca Carrega from Turin compares the prophet Jeremiah "walking around Jerusalem carrying a plow" to "a couple of gay parents dancing at the (LGBT) Pride [event]," insisting both "are symbolic acts that call attention to wider issues."

Pope Francis "opened our hearts with the words 'Who am I to judge?'" said Grassi, noting that the pontiff "must know there is still so much suffering due to a Catholic Church in which our children have no place and feel wrong."

Faithfulness to the Magisterium

Church Militant spoke to Dr. Mike Davidson, director of Core Issues Trust, an apostolate seeking to support LGBT people in their quest for wholeness while emphasizing "that the Scriptures clearly teach ... that sexual relationships outside of marriage between a man and a woman fall short of the will of God."

Davidson, an ex-gay who is fighting for the "rights and freedoms of individuals to leave unwanted sexual attractions, noted:

That Francis' maxim 'Who am I to judge?' was invoked by parents of Jonathan's Tent at their meeting with the pope indicates that, for this group, faithfulness has to do more with aligning to the LGBT feelings of their loved ones than with the Magisterium.

In seeking to reconcile their estranged LGBT children to the Church, they are willing to pay the high price of denying the need for repentance, promoting instead the sanctification of disorder. I feel their pain, but I fear the reconciliation they seek denies the faith they hold. How can they throw a line to their children if they are swept away in the same torrent

The Church, when true to the Scriptures, properly provides a spiritual home and sensitive support for believers and seekers who struggle with issues of sexual brokenness, including homosexuality.

Speaking to the media on her encounter with Pope Francis, Grassi said she told the pontiff they were "really lucky" [fortunate parents] because we were forced to change the way we look at our children and see in them God's beauty and love."

The pope loves your children as they are because they are children of God.

"We want to walk with the Church — create a bridge with the Church — so that it too may change the way it looks at our children and not exclude them any longer but give them a full welcome," Grassi, whose oldest son is homosexual, added.

Francis responded reassuringly: "The Church does not exclude them because She loves them deeply."

The parents gave the pope a rainbow-colored T-shirt with the words: "In love there is no fear" (1 John 4: 18).

Davidson: "[P]eople are being denied the right and the freedom to go in the direction they want to go in."

"Like the persistent widow of the parable, we knock at the door of the Church to seek justice and not compassion — justice because there are so many wrongs," said Cinzia Bellani, a parent at the meeting.

For this group, faithfulness has to do more with aligning to the LGBT feelings of their loved ones than with the Magisterium.

"The psalmist says God loves all things He has created and so He also loves LGBT+ people, because as the pope said, they are also His children," Bellani added.

Writing in the Italian bishops' media, pro-gay chief editor Luciano Moia applauded Pope Francis for wanting "to tear down walls and build bridges of acceptance and understanding, especially with the most fragile and marginalized people."

The meeting with parents from Jonathan's Tent is a confirmation "that what is written in some recent ecclesial documents, from Amoris Laetitia to the final report of the Synod of Bishops on youth, can truly be translated into pastoral practice," Moia remarked.

Jonathan's Tent is part of the LGBT activist group Project Jonathan, which openly promotes homosexual acts and relationships in defiance of Church teaching.

Citing a book by Presbyterian gay activist Chris Glaser, the project encourages same-sex attracted Catholics to "come out" as a "sacramental act."

The project has previously criticized Francis for his conservative views on gender ideology.

"Pope Francis talks about 'sexual difference' without listening to the transgender community," the group's website says in an article from the LGBT activist group New Ways Ministry.

Commending homosexualist Fr. James Martin's book Building a Bridge, Project Jonathan affirms "the pope is doing just that — building bridges," but "critical voices" remind the LGBT campaigners that "much remains to be done." 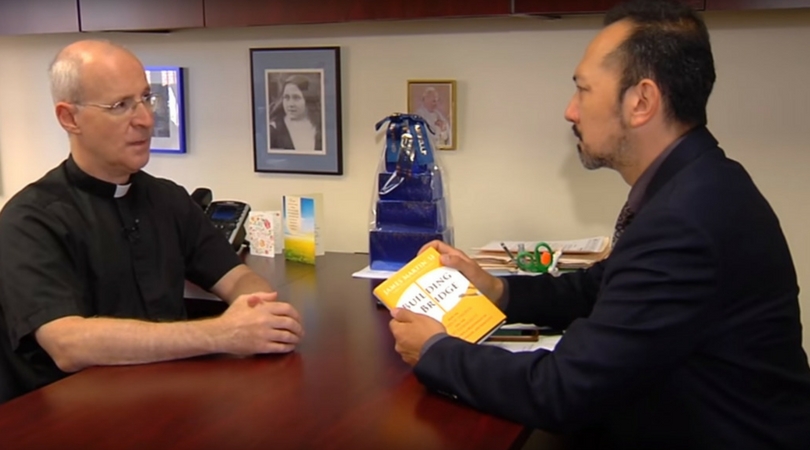