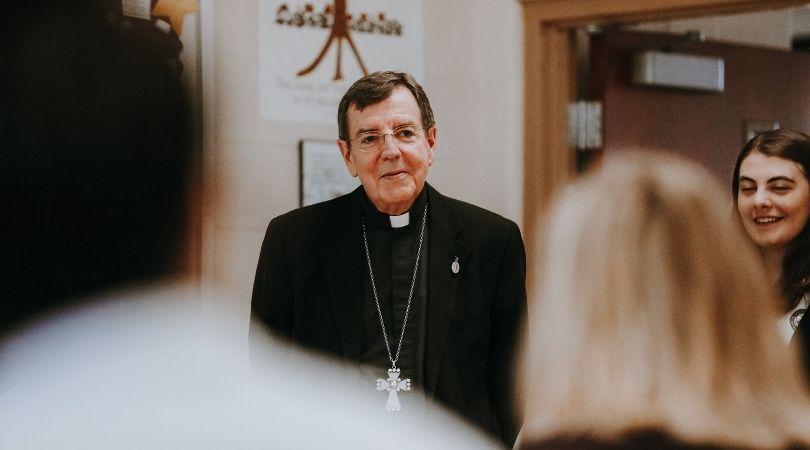 In a brief submitted Thursday, Plaintiff Brien Dux and 16 parishioners of Assumption Grotto parish are appealing the lower court's dismissal of their lawsuit brought against the bishop as well as Msgr. Michael Bugarin, delegate for clergy misconduct. Their lawsuit alleges fraud and intentional infliction of emotional distress based on the suspension of Fr. Eduard Perrone, longtime pastor of Grotto, a Traditional Latin Mass parish near downtown Detroit.

As Church Militant has reported extensively, Perrone's suspension in July 2019 was based on a rape charge fabricated by Bugarin, with the help of Macomb County Sheriff Detective Nancy LePage, a parishioner at Bugarin's parish, St. Joan of Arc in St. Clair Shores. LePage was forced to pay $125,000 in damages to Perrone last year after he sued her for defamation. Even though she admitted to investigating the case on her own time, Macomb County taxpayers are being forced to foot the bill for her malfeasance.

In October, Wayne County Judge Dana Hathaway abruptly dismissed the lawsuit in a one-sentence order: "Plaintiff's amended complaint is hereby dismissed as Plaintiffs have failed to assert a valid cause of action in this court." The judge provided no further explanation. The plaintiffs appealed the dismissal to the Michigan Court of Appeals in November.

Thursday's brief explains the background of the case. After the accuser, John Doe, made allegations against Perrone in 2018, he was interviewed by LePage, who wrote up a report based on his statements.

On September 13, 2018, Bugarin personally interviewed Doe about what was in LePage's report. In a recorded interview, Doe refuted each and every allegation made in LePage's report. Specifically, Doe denied that he was sexually abused by Fr. Perrone generally and denied being sodomized by him in particular. Doe also denied any sexual abuse by Fr. Perrone when he was interviewed by the Michigan State Police ("MSP") on June 10, 2019 as part of the Michigan Attorney General's investigation into clergy sex abuse.

As a result, state police closed its investigation into Perrone, finding no evidence of abuse.

"The MSP report was provided to Bugarin," states the brief. "As of the end of June 2019, then, Bugarin knew that no allegation of sex abuse had ever been made against Fr. Perrone and that Doe refuted the statements attributed to him in LePage's report."

In spite of this, "Bugarin nonetheless submitted LePage's report to the AOD's Review Board, the committee charged with reviewing Bugarin's investigations and making recommendations concerning accused clerics."

The brief explains that Bugarin submitted the false report after the Associated Press started making queries about the abuse allegations, causing him to panic.

"This development greatly concerned Bugarin, who did not want to be in the spotlight for failing to adequately address allegations of clergy sex abuse," according to the filing.

After the archdiocesan review board refused to suspend Perrone, both Bugarin and LePage agreed to bring John Doe in for questioning yet again, in the hopes of getting something more substantial out of him.

"Only after being subjected to extreme pressure and harassment from LePage and Bugarin, and in an attempt to placate them, Doe stated that Fr. Perrone may have 'subtly deliberately' groped him 40 years ago," the document notes.

Transcripts from LePage's July 2019 interview with the accuser — conducted at Bugarin's parish, where Bugarin was present — reveal LePage inserted the word "sodomized" into the discussion, after no mention of such abuse by the accuser. They afterwards pressured the accuser to try and recall memories of being raped by the priest. The accuser objected, saying he could not recall such abuse.

The parishioners also allege fraud committed by Abp. Vigneron, who admitted to using money from the annual Catholic Services Appeal (CSA) to prosecute the case against Fr. Perrone, including paying for counseling for his accuser.

"[A] jury could find that, in context, the AOD [archdiocese of Detroit] was stating that CSA funds were not being used and never would be used to resolve claims of clergy abuse, but this is exactly what the CSA funds were used for," the brief notes. "Indeed, if the AOD did not intend to create this false impression, why say anything? The statement was made to falsely assure Plaintiffs that their donations would not be used to resolve claims of clergy abuse, and this statement was false."

The statement was made to falsely assure Plaintiffs that their donations would not be used to resolve claims of clergy abuse, and this statement was false.

"This is fraud," the filing argues. "The trial court must be reversed, accordingly."

The Catholic Services Appeal is a yearly collection taken up by the archdiocese. The website explains: "The CSA enables Archbishop Vigneron, his auxiliary bishops, the clergy, religious men and women, and the lay faithful to carry out Christ's ministry of mercy and love throughout southeast Michigan and beyond."
Nothing on the archdiocese's website indicates that any of the money goes toward prosecuting clergy for alleged misconduct. Parishioners say if they had known their money would be going toward paying for what they believe is malicious prosecution of an innocent priest rather than towards charitable work, they never would have given to the yearly collection.
The archdiocese argues the court has no jurisdiction to try the case, as it involves matters of ecclesiastical discipline. The brief hits back, arguing that the Michigan Supreme Court has made clear religious organizations cannot hide behind that blanket argument to justify any and all wrondoing.
The plaintiffs are asking that the trial court decision be reversed and the case remanded back to Hathaway's court for reconsideration.
Father Perrone passed a polygraph test last year with the highest score possible. About 75 current and former altar boys have signed affidavits vouching for his integrity and declaring they have never witnessed any inappropriate conduct on his part. He continues to maintain his innocence.
View our complete coverage of Fr. Perrone's case
--- Campaign 32075 ---