Parishioners Push Back Against Priest Who Booted Homosexuals

TAYLORS FALLS, Minn. (ChurchMilitant.com) - Parishioners are complaining after a Minnesota priest removed three men from pastoral ministry after finding out they were civilly-married homosexuals.

Neither the archdiocese of St. Paul-Minneapolis nor Drees publicly commented on the firings, but some parishioners are vocal in their opposition to Church teaching on homosexuality.

Drees allegedly met with the parish board of trustees and was dismayed that they all disagreed with his decision to remove the men from ministry. Larry Julik-Heine was told by Drees that he would no longer be able to be an extraordinary minister of the Eucharist or a lector and that the sacraments would be withheld from him due to his obstinance.

The weekend after the firing, both Leffler and Bernard were present at Mass. A group of parishioners sat with them in the front pew in order to show their solidarity with homosexuality.

Some parishioners have begun talking about withholding financial support of the parish or withdrawing from it entirely.

The National Catholic Reporter noted, "Some parishioners have begun talking about withholding financial support of the parish or withdrawing from it entirely," and adds, "Others fear that showing support for the musicians could lead to their own removal from roles in the liturgy and parish as well."

The Catechism of the Catholic Church (2357–2359) condemns same-sex genital acts, calling them "objectively disordered," and adds, "Homosexual persons are called to chastity. By the virtues of self-mastery that teach them inner freedom, at times by the support of disinterested friendship, by prayer and sacramental grace, they can and should gradually and resolutely approach Christian perfection."

Many churchmen, however, have come out in support of sodomy without any repercussion from Rome. Noted Jesuit homosexualist Fr. James Martin has been promoting the idea that homosexuals are "made that way" by God and that their homosexuality is a "gift" to the Church.

He has gone so far as to say that chastity isn't required from homosexuals and that Catholics should "reverence" so-called gay marriage. 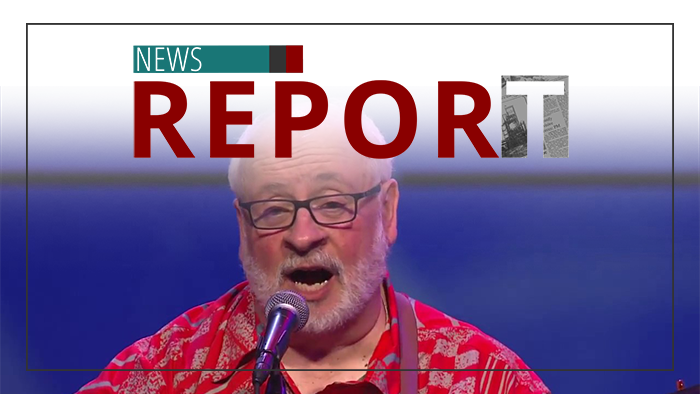