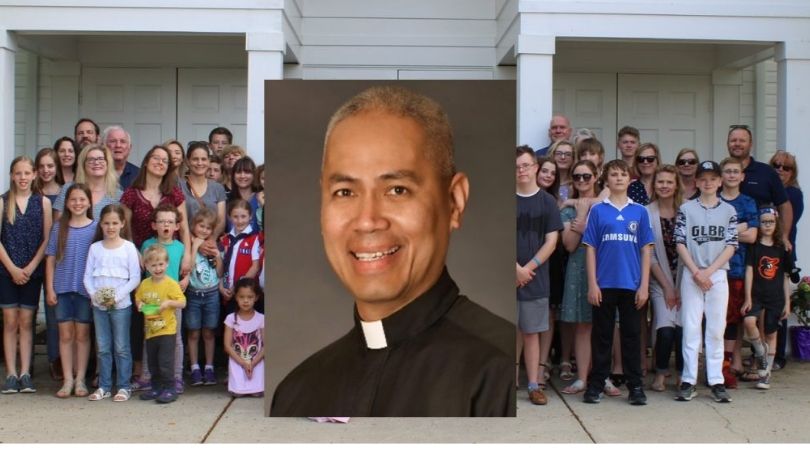 Since November of 2018, St. Francis De Sales Catholic Church in Purcellville, Virginia has been without its pastor, Fr. Ronald Escalante. According to a press release from the diocese issued Dec. 17 2018, Fr. Escalante was placed on administrative leave "pending the outcome of an investigation of alleged boundary violations involving a minor and adults which transgress the Code of Conduct for Clergy in the Diocese of Arlington."

An update to the press release a week later states that even though the "Loudoun County Sheriff's Office will not press criminal charges against Father Escalante," the diocese would conduct its own investigation and "report its findings in a timely way."

James Blankenship allegedly attempted to recruit them to make false allegations of sexual misconduct against the priest.

Since then, parishioners have made multiple attempts to provide the diocese with information that the Director of Religious Education for the parish, James Blankenship, attempted to recruit them to make false allegations of sexual misconduct against the priest. According to eyewitness testimony, Blankenship was caught using parish resources for his own personal ventures, costing the parish several thousand dollars, and "blew up" at Fr. Escalante after being confronted about it. Parishioners say that this was when the recruitment began.

On April 17, the Blue Ridge Leader published an article containing statements from sources who wished to remain anonymous for fear of reprisals, explaining some of the underhanded dealings which led to Fr. Escalante's removal.

In response, the diocese of Arlington blasted the article's author for "a serious lapse of journalistic standards" for failing to "publish a single on-the-record source."

The Lepanto Institute spoke with these anonymous sources last week. They told The Lepanto Institute that they have tried to speak with someone at the diocese about the things they witnessed first-hand, and which were cited in the Blue Ridge Leader's article, but to no avail.

Fearing that they are being stonewalled by gate-keepers at the diocese, these anonymous parishioners decided that they needed to go on the record with what they personally witnessed. And so, The Lepanto Institute went to Purcellville, and was met by nearly 60 parishioners of St. Francis de Sales Church, rallying in support of Fr. Escalante. What follows is their on-the-record, eyewitness testimony of what they saw happening at their parish.