Pastor Wants NY Bishop to be a Man, Not a Mouse

VERONA, N.Y. (ChurchMilitant.com) - The pastor of a pro-life parish is urging his bishop to man up and excommunicate pro-abort politicians for the good of their souls.

Despite the majority of Americans opposing late-term abortions — 80 percent by one survey — New York passed a radical abortion law that would allow a woman to kill her baby only moments before it would be born. Several other states are looking to pass similar laws.

Provisions in some of the legislation allow medical health professionals to withhold care from the babies that survived the abortion procedure. This happens more often with medication abortions, a procedure that is growing in popularity.

Church Militant spoke with Fr. Edmund Castronovo, the pastor of Our Lady of Good Counsel Church in Verona, New York, who said, "The horror of such provisions shocked me."

"I cannot fathom any reasonable, honorable and sentient human being thinking that it is permissible to kill an infant, before or up to birth," he said.

Even the majority, 77 percent, of those that consider themselves pro-choice are opposed to expanding abortion laws and say they go too far.

In an opinion piece in the New York Post, Besty McCaughey wrote, "Even if you are pro-choice, as I am, this grisly denial of the value of the nearly born and newly born shocks the conscience."

"Worse, the academic medical establishment is mainstreaming these repulsive views, all but guaranteeing late-term abortion and after-birth abortion will be routine unless the public protests," she warned.

Father Castronovo explained he saw a local television station interview with an older Catholic couple going into Mass just after the bill passed. He explained both of them said either abortion was a woman's choice or it was between God and the woman and "no one should judge their decision."

"I thought the people need more than my words from the pulpit or in the bulletin about these matters," he said.

Father Castronovo gave permission to publish the email he wrote to his bishop, Robert Cunningham of the diocese of Syracuse, on Jan. 29, urging him to speak out.

Forgive me for writing an email to you instead of a formal, hard copy letter, and that you will forgive my bluntness by which I mean no disrespect.

Do you sense the utter anger, exasperation, disgust and revulsion that we who are pro-life are experiencing after the enactment of the Reproductive Health Act by Andrew Cuomo?

What could be more evil than the killing of newborns who have survived the abortionist's knife, not to mention, of course, the precious little children prior to birth? I'll answer my own question: the jubilation of those legislators who proposed and passed this heinous act.

Among those, count your own subject, Anthony Brindisi.

The abject disillusionment of faithful Catholics over clerical homosexual sins and the complicity of our hierarchs in those scandals is aggravated, if such a thing were possible, by the refusal of our Fathers in Christ to denounce, condemn and sanction the perpetrators of such legislation. We are sick and tired of words, words, words out of our Bishops and no action.

We are revolted by the sheer insouciance of Timothy Cardinal Dolan's "excommunication is not appropriate in this instance."

Declare Anthony Brindisi, and any other Catholic legislator who voted for or supported this abomination who is in your jurisdiction, excommunicated.

Fr. Edmund A. Castronovo
Our Lady of Good Counsel Church

P.S. I am aware, as I am sure you are, that Anthony Brindisi is now in the U.S. House of Representatives, but he co-sponsored this bill when he was in the New York State legislature.

On Monday, Bp. Cunningham issued a letter to the people of the diocese of Syracuse. In it, he acknowledged that he has received numerous letters from frustrated and angry Catholics and alluded to the gravity of the sin of abortion, saying, "Our treatment of the unborn impacts our eternal destiny."

While on one hand saying that we must "remain 'in Christ' ... and in full communion with His Church," he reminded Catholics of the call to "extend Christ's love and mercy to all" and refused to publicly excommunicate those who promoted and passed this legislation, saying:

However, to alienate those who publicly disregard the sanctity of life is contrary to a Church that should always be open to receive the repentant sinner. Let me remind you that no formal statement of excommunication is needed to separate one from the Church. Those involved in the passage of the recent legislation have in fact separated themselves from communion with Christ and His Church — whether they admit this or not. I pray that they will utilize the sacrament of Reconciliation and once again enjoy the merciful embrace of Christ and His Church.

Father Castronovo disagrees with this, saying, "What our bishops do not seem to understand is that declaring such Catholics unfit to receive Holy Communion is teaching those ill-formed Catholics that this is indeed a very serious matter."

"You may not dissent from the moral precepts without imperiling your salvation," he added. Moreover, he said, it is an abuse of the Blessed Sacrament.

"Call them to repentance, of course, urge them to publicly state that they have changed their mind on the question but do not allow the most Holy Sacrament of the Altar to be abused, nor allow those who dissent from the teaching of Christ's Church to receive unto their own damnation and do not scandalize the faithful." 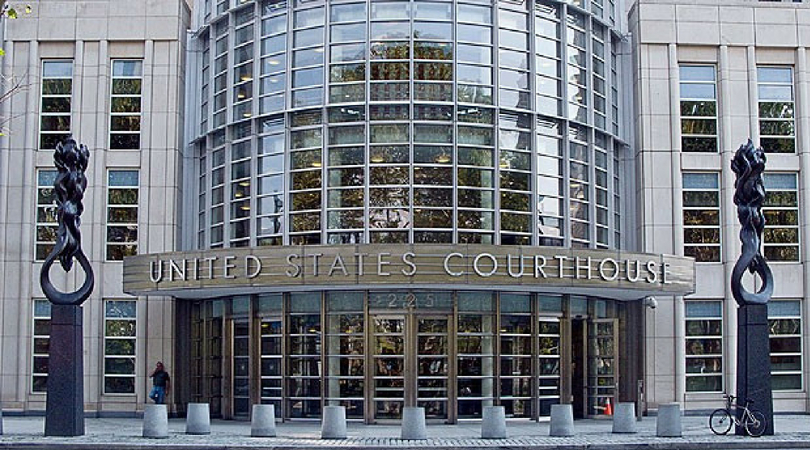 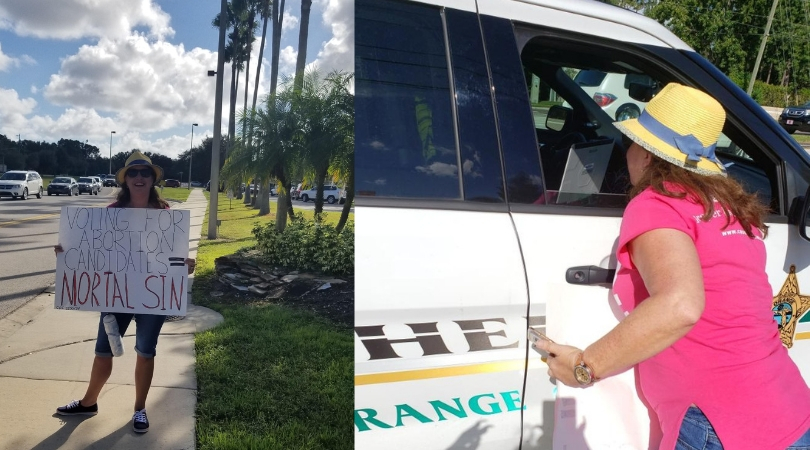