Regular readers may recall past coverage of the massive lapses in editorial judgment and discernment now consistently found in the blog content published at the Patheos Catholic Channel under the questionable leadership of its radical feminist editor Rebecca Bratten Weiss.

Recently, Weiss has allowed content that makes one wonder if this blog site, which many years ago boasted a fairly consistent and faithful team of Catholic writers, can claim any clearly Catholic identity at all.

The latest rather jaw-dropping editorial failure has to do with content posted by writer Melinda Selmys, who has been a fixture at Patheos Catholic for several years. Selmys has written recently in unsparing detail regarding the collapse of her marriage under the grave weight of addiction and abuse and the personal choices Selmys made in the wake of that painful catastrophe.

Those unfamiliar with Selmys and her writing are in store for a shock, given the numerous peculiarities that surround her. But before delving into the often-disturbing details found in Selmys' self-revelatory public work, I want to say one thing as clearly as possible: I'm praying for Selmys and her family — and I hope you do, too. I actually briefly met both Melinda Selmys and her now-estranged husband about four years ago, and I wouldn't wish upon anyone the cross they now carry and the trauma they and their children have experienced. They need our prayers.

Weiss has allowed content that makes one wonder if this blog site, which many years ago boasted a fairly consistent and faithful team of Catholic writers, can claim any clearly Catholic identity at all.

Even so, the fact remains that Patheos Catholic editor Rebecca Bratten Weiss has, remarkably, continued to publish Selmys' work even though late last year Selmys publicly announced that she had left the Catholic Church.

Doubly ironic is the fact that Selmys' blog at Patheos is titled "Catholic Authenticity," riffing off her first widely circulated book titled Sexual Authenticity published several years ago by Our Sunday Visitor and detailing her lived experience as a woman who identifies as "queer" but who was in what she termed a "mixed-orientation marriage."

She was — and is — a woman sexually attracted to other women. But she fell in love with and married a man, with whom she began to raise a large family.

Fast forwarding to now, the tragic portrait Selmys paints of that marriage is one in which her husband was addicted to alcohol and profoundly abusive during the course of the marriage until they finally separated.

In the midst of all this trauma, during which Selmys continued to write at "Catholic Authenticity," her fidelity to Catholic teaching in various areas clearly began to erode as she began to challenge teachings such as that regarding the use of natural family planning and even the doctrine of papal infallibility in particular and the infallibility of the Church's magisterium in general.

By late 2018, Selmys had made a decision. She was leaving the Catholic Church for a nearby Protestant community. Intellectually, one might say she'd left long before this, again, based on her own public writing.

So, what did Selmys' editor, Rebecca Bratten Weiss, do about the fact that one of her writers had left the Catholic faith? Nothing — absolutely nothing.

In fact, the Patheos Catholic Channel now boasts a blog titled "Catholic Authenticity" authored by a self-declared, newly minted non-Catholic. That objective dissonance is nothing compared to what has happened since.

Selmys has continued writing — not as a Catholic, but as a dissenter from Catholic teaching.

Selmys knows Catholic teaching; she knows her marriage is still presumed valid by the Church, despite her separation and divorce. She knows only a declaration of nullity could free her from this existing bond of marriage.

Nonetheless, she no longer recognizes the authority of the Church's magisterium. Instead, in her recent writing, Selmys has opted to reveal that, in the wake of her husband's absence, a longtime male friend has, astonishingly, agreed to move in with her, which Selmys believes is profoundly beneficial for her children.

Selmys has also publicly indicated on social media that this relationship with her friend is now one that involves sexual intimacy. She is decidedly unconcerned by what the Catholic Church's teaching is regarding these issues. The mere fact that her choices now involve objective adultery and cohabitation doesn't seem to matter to her. Selmys has effectively moved on from such concerns.

And why not? She's a self-identified non-Catholic who happens to write for a Catholic blog site under the rubric "Catholic Authenticity" — no internal conflict there, right?

Needless to say, this is not a fair rendering of Catholic teaching regarding sexual coercion in marriage, or outside it. But, ultimately, it's not Selmys who's really the problem here — the author of "Catholic Authenticity" may no longer identify as Catholic, but Selmys does remain in her own way "authentic."

It's utterly clear where Selmys stands on these issues — she's left the Faith, and she's rejected the Church's teaching on sexuality and marriage. She is authentically a self-identified "queer" woman living with another man who is not her husband, a man with whom she claims an intimate physical relationship.

True, these facts are thoroughly mixed in with a volatile and traumatic lived experience of addiction and abuse, assuming Selmys' descriptions are accurate (her husband's version of events is, of course, unknown), so one can empathize with her family's struggles. But those circumstances simply do not alter the objective moral teaching of the Church.

It's utterly clear where Selmys stands on these issues — she's left the Faith, and she's rejected the Church's teaching on sexuality and marriage.

In any case, the real problem here is Patheos Catholic Channel editor Rebecca Bratten Weiss, whose editorial permissiveness and carelessness has created a landscape in which the Catholic identity of this blog site is rendered virtually meaningless. This editorial malfeasance is deeply harmful not only to Catholic readers but to the handful of authentically still-Catholic writers who remain associated with Patheos.

Why would Weiss permit Selmys to continue her presence as a non-Catholic "Catholic" writer at a Catholic blog site? Likely, because Weiss, too, isn't so very concerned with fidelity to Catholic teaching, nor with her editorial impact on Catholic readers.

One brief exchange on Facebook might give a glimpse into the shared thinking of both Weiss and Selmys. Weiss tells Selmys: "Trying to present intelligent reading material to Catholics in America is basically missionary work. I wish more of the secular humanists would come to our page."

Selmys responds: "Oh man, if it weren't for my regular atheist readers, my combox would be unbearable. I can always depend on them to stand up for me against the inquisitors."

So much for the inviolable truths of the Church's teaching on adultery, cohabitation and contraception. And so much for the "Catholic" part of both "Catholic Authenticity" and "Patheos Catholic." 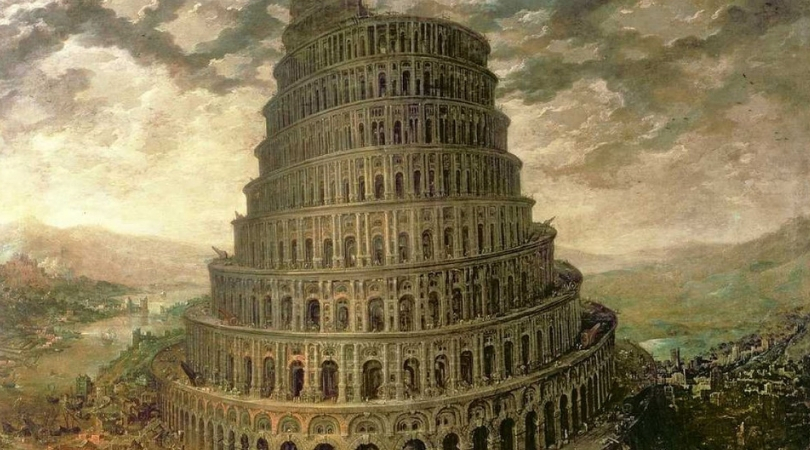 Finding Christ in the Patheos Scandal
By Jim Russell   •   0