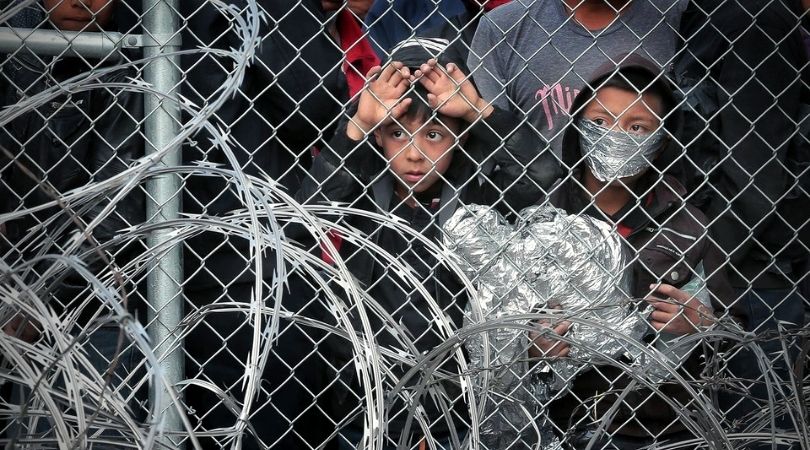 The real pandemic of human trafficking

A well-kept secret of the Luciferian media is the pandemic of international human trafficking that's manifesting itself in many ways — ways such as organ harvesting, child smuggling and literal slavery.

The faithful ought to be beyond disgusted with such behavior, especially when the current vice president played a role in trying to silence the whistleblower who exposed it.

What about the southern border, where toddlers and infants are shoved into duffle bags and glove boxes to be smuggled into the United States? Cartel members (called "coyotes") kidnap these children in order to get themselves into the country. Will anyone speak for these kids, or are the "hacktivists" on CNN and NPR too busy reporting on the cages used to keep children safe from these monsters?

Trump ended catch and release in order to stop human traffickers — even starting a human trafficking task force. Why? Because he actually cared about people being treated with dignity.

And on the international scene, Black Lives Matter (BLM) loves to complain about ubiquitous racism in police departments or on bottles of maple syrup, but it seems to keep its mouth shut when it comes to Islamic enslavement of blacks overseas.

According to the United Nations, there are currently 40 million slaves worldwide. For reference, that's more people than the total population of Poland and Chicago combined. This is largely because Barack Obama and the unelected Joe Biden chose to bomb their countries and destabilize their governments. What about the Uighurs in China, rounded up by the million and forcefully thrown into labor camps? Again, not a word from BLM.

The media and left-wing activists care more about Lady Gaga's dogs being kidnapped and the sex of Mr. Potato Head than the peddling of rape and murder of innocent human beings. Why listen to a word they say? They're without a moral compass.

According to the United Nations, there are currently 40 million slaves worldwide.

Catholics are duty-bound to preserve the dignity of all people at all stages of life, as they are designed and created in the likeness of Our Lord. The longer silence reigns over open ears, the longer evil will persist.

The faithful must take matters into their own hands. Report suspicious activity, lobby for border security, and most importantly, oppose the preeminent moral evil of abortion. This international cartel of murderers, slavers and drug smugglers have no place in the Kingdom of Heaven — or on earth for that matter. Pray for justice and peace in the world.