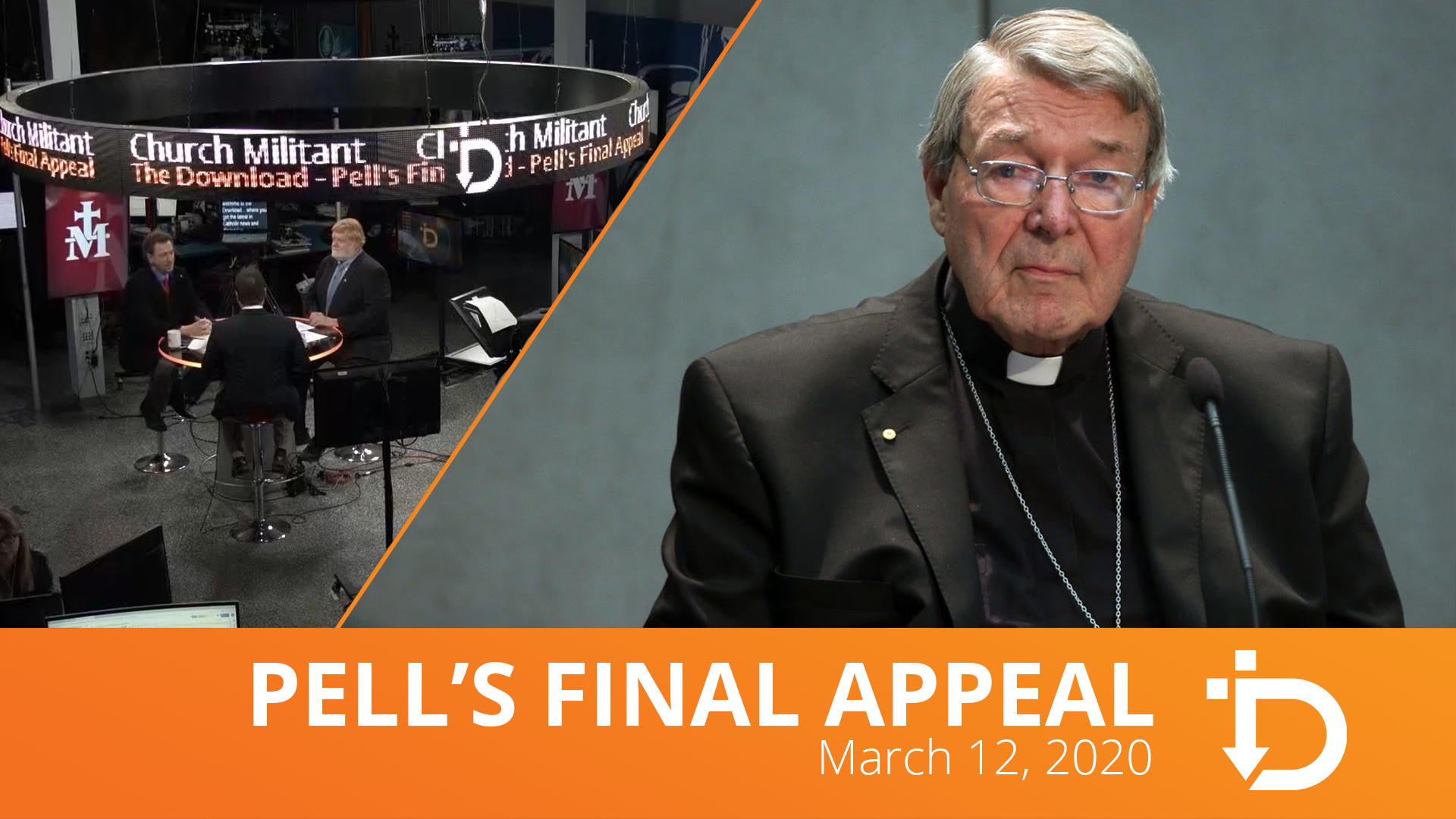 On Thursday, Cdl. George Pell had his last chance for justice in the Australian justice system. His lawyer stood in for him for two days since the court wouldn't let him out of prison to attend. And after two days, the seven-judge panel declared it may take months for a decision, which would leave Pell locked in a maximum security.

Catholic journalist George Weigel made a concise list of issues calling Pell's conviction into question, noting, "During the retrial the defense demonstrated that, in order to sustain the charge that Pell had accosted and sexually abused two choirboys after Mass one Sunday, 10 improbable things would have had to have happened and all within 10 minutes."

Weigel went on to list the following improbabilities in Pell's case:

To hear more about the ongoing case, watch The Download—Pell's Final Appeal.