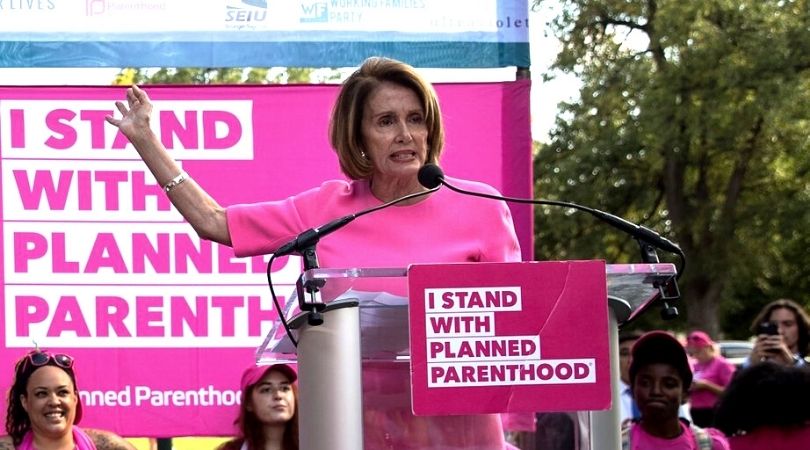 As Congress reconvened Wednesday night after being interrupted by the massive protest on Capitol Hill, California Democrat and Speaker of the House Nancy Pelosi invoked Catholicism in her speech.

The House speaker noted that it was the Feast of the Epiphany, adding, "On this day of revelation, let us pray that this instigation to violence will provide an epiphany for our country to heal."

She went on to reference St. Francis of Assisi and the song known as the "Prayer of St. Francis":

What Pelosi was referencing is a contemporary worship song called the "Prayer of St. Francis," which is often used during Mass in Catholic churches.

The text of the song — the "prayer" referenced in the song's title — is dubiously (and probably erroneously) attributed to St. Francis of Assisi. Some resources say the prayer is not found in any sources on the life of St. Francis, and that it first appeared in a French publication in 1912, with no author named.

The connection to St. Francis apparently developed in the decades that followed, when the prayer became popular among Protestants in the English-speaking world. Some attribute Protestant publications with calling it a prayer by St. Francis.

Pelosi was re-elected speaker of the House on Sunday, Jan. 3. This is her fourth term as speaker.

"Speaker Pelosi is an unwavering champion for women and families across the country and a steadfast fighter for reproductive freedom," Ilyse Hogue, the NARAL Pro-Choice America president, stated in February last year. "Her leadership is critical to hold anti-choice politicians, including Donald Trump, accountable for their insidious attacks on our fundamental freedoms, including the ability to make personal decisions about pregnancy free from political interference."

Pelosi maneuvered to insert a section into the Wuhan virus relief package that opponents say provided a slush fund for abortion.

In March this year, Pelosi maneuvered to insert a section into the Wuhan virus relief package, a provision that opponents say provided a slush fund for abortion. Her maneuvering ultimately failed, and that part of the bill did not make it into law.

At the time, Sen. Ben Sasse, R-Neb., told National Review, "We need to be ramping up our diagnostic testing, not waging culture wars at the behest of Planned Parenthood. Good grief."

Over the years, Pelosi has consistently voted against pro-life measures in the House.

Pelosi — and most of the House Democrats — voted against various iterations of the Pain-Capable Unborn Child Protection Act in 2013, 2015 and 2017 according to the voting record listed on VoteSmart.org.

Any one of those bills would have banned late-term abortions except in certain cases.

Faithful Catholics have often criticized Pelosi for "her failure to protect unborn children and her adoring praise for Planned Parenthood," as one writer put it.