On Wednesday, February 9 the Republican-controlled senate passed Senate Bill 3 (SB 3) by a 32-18 margin. The bill is expected to be vetoed by pro-abortion Governor Tom Wolf who has strongly criticized the legislation.

It's wrong, it's unconstitutional, it flies in the face of everything I stand for, and I will veto it. Over the last two weeks, millions of women have marched all across the country to make it clear to politicians that they want to retain control and the freedom to make their own health-care decisions. This flies in the face of that. It does one thing and that is it eliminates a woman's right to make choices as to her own health care.

The bill forbids causing "the death of an unborn child by means of dismembering the unborn child and extracting the unborn child one piece at a time from the uterus through the use of clamps, grasping forceps, tongs, scissors or similar instruments." Performing a dismemberment abortion would be a third-degree felony with seven years of jail time being the maximum punishment.

Susan Frietsche, a staff attorney at the Women's Law Project, commented, "SB 3 risks women's lives by enabling politicians with no medical training to force doctors to provide less-than-standard care to patients under threat of arrest. It's as if they want misogyny to justify this outrageous level of political interference into families struggling to make what should be private decisions."

Surely we can all agree that they do not deserve to be torn apart in the most horrific and gruesome way possible.

Maria Gallagher, the legislative director for the Pennsylvania Pro-Life Federation, has condemned dismemberment abortions as grotesque.

These common abortions are performed on fully developed, preborn babies at their most vulnerable and when they should be the safest. In a dismemberment abortion, fully-formed babies are brutally torn apart limb from limb. We've seen ultrasound images of these babies clapping, dancing and reacting to stimuli from outside the womb. Surely we can all agree that they do not deserve to be torn apart in the most horrific and gruesome way possible. 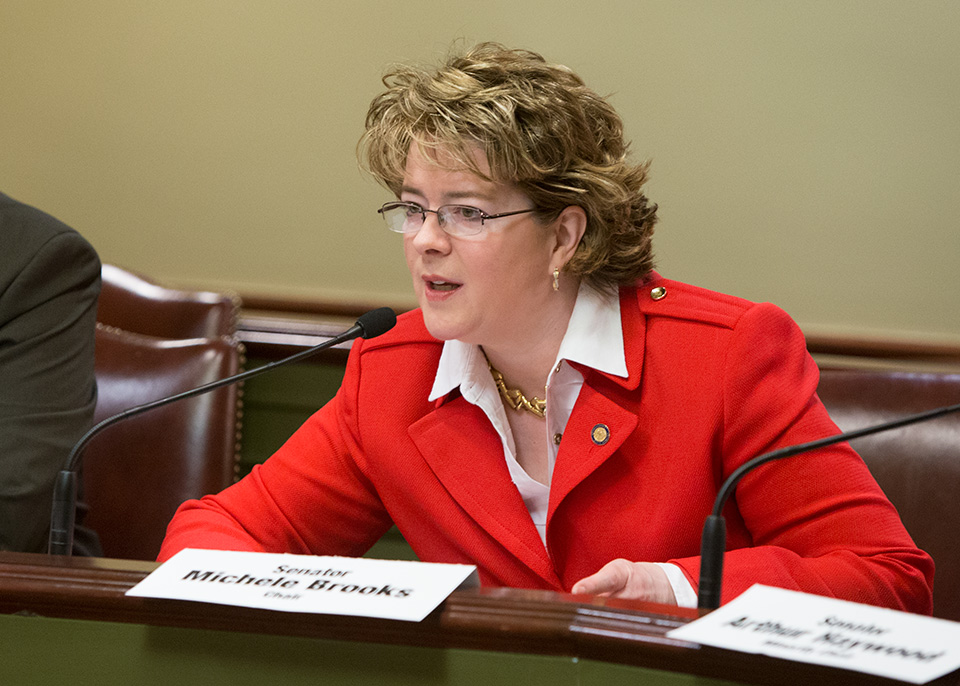 This piece of legislation was sponsored by Michele Brooks, a Republican state senator, who repeatedly described dismemberment abortions in extremely graphic terms on the floor of the Pennsylvania Senate.

Stewart Greenleaf, the chairman of the Judiciary Committee, supported SB 3 due to new advances in technology which show that babies are viable in the womb before 24 weeks. Greenleaf commented, "The science has changed, and we have children being aborted who are viable and that wasn't the purpose [of Pennsylvania's existing abortion control act]."

Recently, 20-week abortions bans were instituted in Arizona and Idaho, but both were overturned by federal courts as being unconstitutional.

With the election of Donald Trump to the presidency, the pro-life community is encouraged and hopeful he can bring lasting change concerning the issue of abortion. Marjorie Dannenfelser, president of the Susan B. Anthony List, remarked, "This is an historic moment for the pro-life movement."

With the recent nomination of Neil Gorsuch to the U.S. Supreme Court, President Trump seems to be making good on his promises to appoint a pro-life justice.

Kristan Hawkins, president of Students for Life of America, praised the nomination. She commented:

We are thrilled with Judge Neil Gorsuch's nomination to the U.S. Supreme Court by President Trump. A strict Constitutionalist and firm supporter of religious freedom and liberties dictated by the Founding Fathers, Judge Gorsuch is an excellent replacement for the late Justice Scalia, and one who has the potential to leave a powerful legacy.