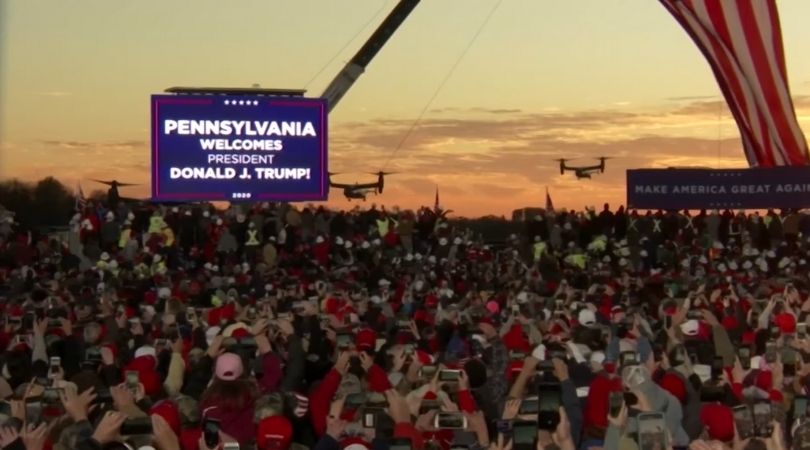 Media has been crowing over Trump's latest legal setbacks in Pennsylvania, with public personas focusing their scorn on Trump's attorney, Rudy Giuliani. Former New Jersey governor Chris Christie called him and his legal team a "national embarrassment." CNN host Chris Cuomo said of Giuliani, "He became a metaphor for the campaign melting into a dark puddle of deception."

But the all-important state is still in play, despite what the pundits say. Not only did the federal judge in Pennsylvania fail to give a hearing on the evidence before ruling to dismiss Trump's lawsuit, legal scholars believe Trump has strong legal arguments that may prevail once the lawsuits come before the U.S. Supreme Court. Even more, the Trump team has considerable evidence for election fraud, which could call hundreds of thousands of ballots into question.

"They have two very strong legal arguments: one, that the courts changed what the legislature did about counting ballots after Election Day," said Dershowitz on Fox News Futures with Maria Bartiromo on Monday.

Indeed, Alito's opinion is shared by Justices Clarence Thomas and Neil Gorsuch, who joined a public statement written by Alito several weeks ago on the lawsuit brought by the Pennsylvania GOP, which contests the state supreme court's deadline extension for mail-in ballots.

That opinion is also shared by Justice Brett Kavanaugh, who made clear in a separate statement that the Pennsylvania Supreme Court overstepped its bounds and usurped the authority of the state legislature.

"[U]nder the U.S. Constitution, the state courts do not have a blank check to rewrite state election laws for federal elections," Kavanaugh noted in footnote 1 in his Oct. 26 statement on Democratic National Committee v. Wisconsin, a 5–3 case that struck down a federal court's ruling to extend the deadline for mail-in ballots in Wisconsin.

Thus, four justices are on the record indicating they'll overturn the Pennsylvania State Supreme Court decision that rewrote state election law. Newly confirmed Justice Amy Coney Barrett, whose judicial philosophy closely matches that of the four conservative justices, is likely to join in on their opinion, leading to a 5–4 ruling striking down the state high court and tossing out the ballots in question.

While media claims only 10,000 mail-in ballots are in question, that number is disputed, as it's unclear whether mail-in ballots received after 8 p.m. on Election Night were properly segregated from other ballots. If the counties failed to segregate those ballots, another possible remedy by the Supreme Court could be to discount all ballots counted after 8 p.m. on Election Night, when Trump was ahead by approximately 800,000 votes — leaving him the victor to capture the state's 20 electoral votes.

Another strong legal argument, according to Dershowitz, involves the Equal Protection Clause, which protects voters from being treated differently based on their political affiliation. The Trump team has evidence that Democrats were treated favorably by election officials while Republicans were disadvantaged.

Having once granted the right to vote on equal terms, the State may not value one person's vote over that of another.

They provided evidence in their amended complaint that half a dozen Pennsylvania counties — in violation of state law — contacted Democrats to cure defective ballots before Election Day while Republican-controlled counties followed the law and did not reach out to GOP voters.

"Democratic-controlled counties violated the mandates of the Election Code and the determinations of the Pennsylvania Supreme Court, advantaging voters in Democratic-heavy counties as compared to those in Republican-heavy counties," reads the amended complaint, going on to explain how Republican voters were unfairly disadvantaged by election officials:

Democratic-controlled counties engaged in pre-canvass activities prior to November 3, 2020, by reviewing received mail-in ballots for deficiencies, such as lacking the inner secrecy envelope or lacking a signature of the elector on the outer declaration envelope. Those offending Counties then would notify those voters in order to allow them to cure their ballot deficiencies by voting provisionally on Election Day or cancelling their previously mailed ballot and issuing a replacement. In other words, those counties provided their mail-in voters with the opportunity to cure mail-in and absentee ballot deficiencies, while Republican-controlled counties followed the law and did not provide a notice and cure process.

"The right to vote is protected in more than the initial allocation of the franchise," the complaint notes. "Equal protection applies as well to the manner of its exercise. Having once granted the right to vote on equal terms, the State may not, by later arbitrary and disparate treatment, value one person's vote over that of another."

According to Ellis and Giuliani, however, Brann never heard the evidence.

.@JennaEllisEsq: It's astonishing how these state election officials had complete disregard for election law pic.twitter.com/V22LnCf4qD

Brann, a Republican and an Obama appointee, had refused to grant Giuliani an evidentiary hearing.

"I don't know how the judge could've concluded that the facts aren't substantial when they haven't even been presented yet," Giuliani said on Fox News host Lou Dobbs' show Monday. "Unfortunately, we haven't yet gotten a fair decision. We will. We've got to be a little patient."

"One fair decision, one good hearing, and this will turn all around," he added.

In Gettysburg Wednesday, state lawmakers are holding a public hearing, with state senators offering a five-minute opening speech before witnesses who have submitted affidavits testifying to voter fraud take to the podium.

Giuliani will be speaking, and Ellis is also expected to attend.

Similar public hearings will also be held in Arizona and Michigan. 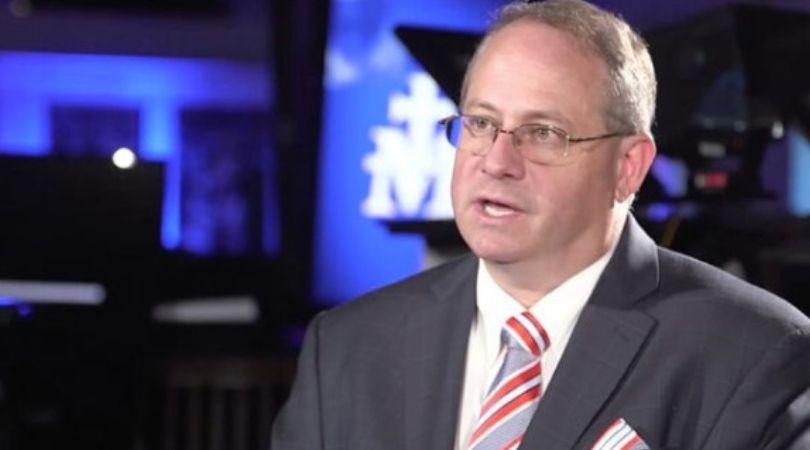