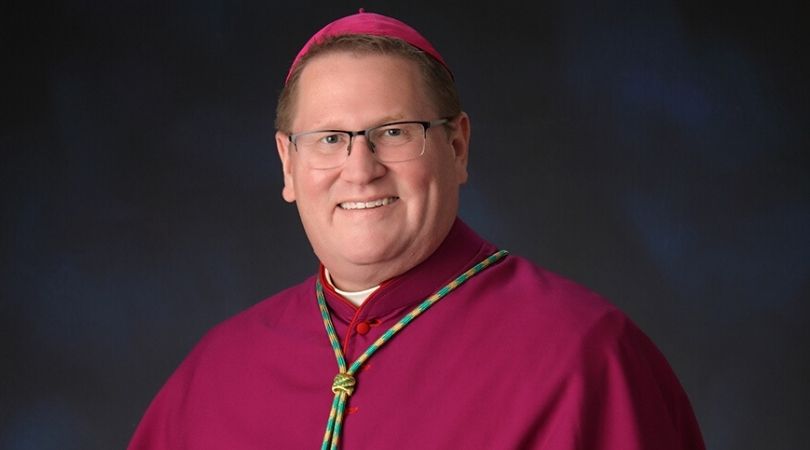 PEORIA. Ill. (ChurchMilitant.com) - Faithful Catholics of Peoria are dismayed that a modernist Chicago priest will assume the apostolic chair of their diocese upon Bp. Daniel Jenky's retirement.

Louis Tylka, whose past priesthood is sounding alarms for some Catholics in the diocese of Peoria, is being installed coadjutor bishop of Peoria on Thursday. At least one local Catholic is openly communicating his displeasure, saying this will not play in Peoria.

Tomaz Fleury, a parishioner of St. Patrick Catholic Church in Washington, Illinois, sent a letter to the bishop-elect, which he copied for Church Militant, welcoming the prelate while expressing some serious concerns.

"I am writing to you for a few reasons: to felicitate you for your appointment as a successor of the Apostles; to offer you my daily prayers in my Rosaries; and to humbly, but firmly, note a few facts I have already caught about your priestly leadership," Fleury began his letter to the prelate.

Fleury says he will miss his retiring bishop Daniel Jenky, but understands the prelate's health has been frail in recent years. When hearing the news of the transition, Fleury did a little research on the internet about Tylka.

He discovered that Tylka was reportedly a favorite of the late bishop of Chicago, Cdl. Joseph Bernardin, who promoted the seamless garment theory that obscured the urgency to stop America's daily slaughter of unborn children. He also found that Tylka was a promoter of the watered-down Alpha Program that presents quasi-Catholicism, as that the cleric expresses admiration for the work of pro-gay Fr. James Martin and Bp. Robert Barron.

"I tasked myself to learn a little more about your priesthood," Fleury wrote, "and found ... one very concerning thing in your curriculum: You adopted the 'Alpha for Catholics' program as the catechetical base of formation for the sheep under your guidance."

He also found Tylka was a promoter of the watered-down Alpha Program that presents quasi-Catholicism.

"That is seriously troubling to me and should be to you as well. Alpha was condemned by a multitude of faithful bishops and adapted by many 'don't rock my boat' ones," Fleury added. "It gave me chills that my new bishop would embrace such sorry material to teach the Catholic faith. ... Don't bring Alpha to Central Illinois. Keep it back in the liberal land, Bernardin territory, Chicago. We do not want error in our area," he wrote.

As reported by Church Militant in 2017, the Alpha Program, now used in thousands of Catholic parishes in 70 countries as a tool for evangelization, has been turning Catholics weak in their faith into Protestants. There is little or no mention of basic Catholic doctrine, such as the importance of the Magisterium in interpreting faith and morals, the necessity of the priesthood and the establishment by Christ of the One, Holy, Catholic and Apostolic Church.

It is NOT welcome. As you won't be welcome either.

In general, it is a Protestant approach to Christianity with a little Catholicism tacked on at the end.

Last week, a friend of Fleury's pointed him to a bio of Tylka in the Catholic Post. While Tylka admits in it that he's not much of a reader, the article states of the bishop-elect, "Other favorite authors include Bp. Barron and Fr. James Martin, SJ. He also highly recommends Pope Francis, though he knows papal documents might seem imposing."

Fleury informed Tylka of his angst upon hearing this. He wrote of his discomfort with Barron's "reasonable hope" statement that "all will be saved," and of Martin's plethora of non-Catholic propaganda with regard to homosexuality:

Don't bring any of the Chicago Bernardin and Cupich support to anything homosexual into our land. It is NOT welcome. As you won't be welcome either. Teach what the Church teaches openly, loudly, clearly, unequivocally ... [that] there are only two sexes, male and female; wedding is only possible between one man and one woman; active homosexuality is a mortal sin and condemns a soul to eternal damnation ... and issue yourself a public correction about your favoritism to Martin's books: They are NOT CATHOLIC, they are heretical.

Former seminarians told Church Militant in May that Tylka had been cultivating the good graces of Cdl. Blase Cupich of Chicago, and has now been rewarded for his loyal patronage.

Fleury then wrote in his letter of the watering down of the faith due to the desire for human respect. Echoing Romans 12:2, he shared with Tylka his understanding of the right relationship between the Church and the world. He wrote that "any successor of the Apostles is to conform the world to the Church, bringing souls to Christ and not the other way around."

Fleury concludes his letter to his future bishop by sharing his motive for writing and acknowledging his own frailty and sinfulness. He said he was writing "because I love your soul and detest Satan and its demons and what they can do you and to me, a leading sinner son of yours," he states.

Tylka will be installed as coadjutor bishop at 2 p.m. on July 23 at the Cathedral of St. Mary of the Immaculate Conception in Peoria.