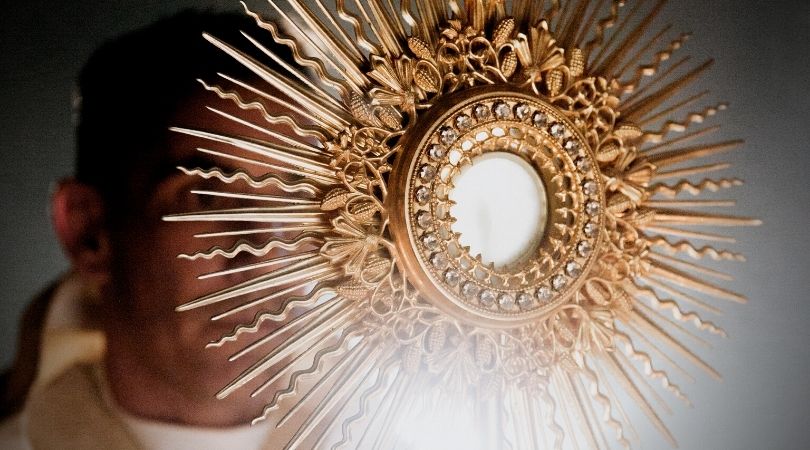 Being faithful until the end

During this final stage of the Church's calendar, we revisit the two books of Maccabees. They are both great reads, as well as inspiring. One of my favorite stories from Maccabees is that of the martyrdom of a widow and her seven sons. They were killed, one after another, by the king for refusing to eat pork (see 2 Maccabees 7).

For those of us who are subject to no dietary prohibitions in order to practice our Faith, it might seem tragic to think that eight individuals forfeited their lives protesting against eating a tasty bacon, lettuce and tomato sandwich. If only a handful of contemporary people had such strong faith, the evils of abortion, infanticide and euthanasia would never have reached the catastrophic levels that they're at today. Regrettably, many in the present age care more for their mortal lives than for their immortal souls.

So step one in perseverance for the man of faith needs to be an assessment of what he values more — his immortal soul or his mortal body. What he values will determine his course of action. The man who values his immortal soul will abhor sin, thus winning him a place in Heaven with God and His angels. On the other hand, the man who values his mortal body inordinately runs the risk of finding himself damned for eternity.

Why is it that some people, in the face of an adversary to the Faith, a diabolical influence, a sinful inclination or even a malign culture, are good at pushing back against it all and just sail through all these temptations unscathed? Why do other men just cave? Why is it that so many men succumb to being pushovers to evil individuals like Justin Trudeau? Why do so many people cave immediately when an alpha male character like Trudeau grabs a microphone?

In one sense, it does not matter what these men say. What they could be demanding of their audience could be simply outlandish, yet they get people immediately under their sway for one reason alone: They have honed the art of eliciting a fearful reaction out of their audiences. People worked up into a frenzy of fear are easily manipulated to do things that they know are blatantly wrong.

Adolf Hitler, as we all know, did this seamlessly in post-Depression Germany, for the sake of self-promotion and his own sick causes.

In Canada, to a lesser degree, Trudeau is using COVID and Canadians' fear of illness and death to further the evils of abortion, euthanasia and the LGBT agenda. Fear, perhaps, is the Devil's most effective tool — and yet so many good Catholics are not aware of how the Devil uses a God-given emotion to their detriment.

Fear needs to be broken down into two principal types. There is good fear and then there is bad fear (the latter being what I described above).

Let's start with good fear first. Having the capacity for fear as a man is a good thing. The individual without the God-given instinct for fear will not live a very long life if his fearlessness is not amended.

As a boy on Chicago's northwest side who lived within a block or two of the Milwaukee Road railroad corridor, I was literally hemmed in by crisscrossing railroad tracts, with interminable freight trains almost always in a full stall on the tracks. As youths, many of us — if not most — learned how to catch a ride on these slow-moving ponies to go further north, often just for fun. But the fun ended when one of our companions in his pony ride lost his grip and was killed.  For our gang, this death of a companion wisened us all up, and the pony rides on the Milwaukee Road freights ended.

Having a real fear of death is a good thing. For a young boy to learn this without someone dying in the process is a grace.

Now let's talk about bad fear, or fearmongering — like the tempter practices to the detriment of souls.

Take the average French perfume commercial on TV. The overpriced scent is sold by very attractive models lisping incomprehensible French. The young man immediately upon viewing rushes out to buy a bottle of said "eau de toilette"! He fears his girlfriend will think him cheap if he does not buy the trending perfume for her birthday! And he does not even comprehend that the name of the bottle of overpriced perfume he pretends to pronounce at the perfume counter in Macy's translates simply into English as "toilet water."

Advertisers use fear inconspicuously to sell various products. To have the perfect hair, you have to use this shampoo. Or to always smell like roses, even on those hot, humid summer days, you have to use this deodorant. Selling products is one thing; most individuals know the game advertisers play and, despite the millions spent on ads, they use those products they have found to best suit their purposes.

We have witnessed this gross manipulation of people's fear over and over again.

Now, things get really bad when alpha personalities start toying with people's God-given emotions to get others to support them and to buy into their plans. This is using the general population's bad fear at its worst — people's natural fear of disease, death and starvation.

In this time of COVID, we have witnessed this gross manipulation of people's fear over and over again, and this manipulation will not stop until common people demand a halt to it! Remember the first month of the lockdown, when COVID-19 ventilators were the world's only hope. Millions of ventilators were manufactured and delivered to hospitals worldwide, and ventilator manufacturers went to the bank!

At this phase of COVID, the fearmongers that control the media are, to their own benefit, playing upon the world's fear of death and disease, promoting the jab! This is despite the overwhelming evidence that the jab does not prevent the disease for which it is being sold as a cure. What good is a vaccine that does not vaccinate the person against the disease?

The vaccines — and now the boosters — are just one supersized money-grab on a global scale. Ironically, County Waterford in Ireland has an almost-perfect score for adults jabbed, at over 99%, but still has high rates of active COVID cases! In short, everyone got the jab for naught! And I am certain this irony brought laughter to the Devil.

I would rather die from the disease than condone abortion.

What I cannot stomach is how County Waterford in Ireland — a nation once touted as a bastion of the True Faith — just ignored that these jabs were almost all developed through the use of cell lines from aborted fetuses (as if complicity in abortion, even remote complicity, can be condoned in any manner).

Personally, I would rather die from the disease than condone abortion, even in a remote fashion.

Sadly, these bleak, dreary days of COVID and fearmongering by people in control, to control the world, are far from over! And for those of us who keep the Faith, we have to be vigilant and persevere through these dark times. The keys to persevering are fervent prayer and the regular reception of the sacraments. To successfully persevere and stay in the fight until the end, you need all the grace of the sacraments that you can get.

Additionally, keep in the forefront of your mind the awareness that alpha male personalities, like the tempter, will do their darndest to control others under them and that they have no qualms whatsoever playing upon people's natural fears and desires to get what they want.  Don't forget that the Devil wants your damnation and will do his darndest eliciting other companions in this project. For the disciple of Christ, the only thing to fear is sin. In the end, sin is the only thing that can separate us from God and life eternal — only sin! Therefore, a healthy fear of sin is a good thing.