SACRAMENTO, Calif. (ChurchMilitant.com) - Over 700 people have signed a petition in support of a California priest they feel is being punished by the bishop and have stopped donating.

In response to a letter Bp. Jaime Soto sent to every priest in the diocese of Sacramento, a petition was started to return Fr. Jeremy Leatherby to active ministry by Gerald Klaas. Sally Leatherby, Fr. Leatherby's grandmother, wrote a letter to Bp. Soto saying she has "many concerns" about what was in his letter "that raises more questions than answers."

"Father Jeremy has remained faithful to his vows of obedience to his bishop and has asked repeatedly for everyone else to remain silent," she wrote. "I find it hard to see and hear this spin and not to respond."

In 2016, Fr. Jeremy was removed as a pastor from Presentation of the Blessed Virgin Mary Parish in Sacramento after his father, Deacon David Leatherby Jr., reported two homosexual priests to a diocesan administrator.

David was approached by a housekeeper who felt threatened after accidentally seeing the pastor where she works in bed with another priest. The administrator reportedly "blew up at him," and shortly afterward, David was removed from his ministry, Fr. Jeremy was facing an allegation of sexual misconduct and was removed from his thriving parish.

Father Jeremy has been waiting two-and-a-half years for a hearing and an investigation. Sources told Church Militant that in that time, none of the parishioners they knew of had been approached by investigators.

In response to reports in the media about Fr. Jeremy and the lack of action of the diocese, Bp. Soto wrote the letter claiming a panel was formed in January and "the process is proceeding."

"In the interest of protecting the privacy of the accusers, the presumed innocence of those accused, and the integrity of the process we do not comment on the specifics of a particular case while the process is on-going," he said.

Reports are also surfacing that Bp. Soto is concerned for his public relations image and has hired a firm to counter the negative press he has been the target of. Investigative journalist Katy Grimes called Bp. Soto's interview with he The Sacramento Bee a "puff piece" that "glosses over the magnitude of the 2005 Orange County Diocese scandal."

Grimes said The Sacramento Bee author Marcos Bretón "takes a hard left turn away from the real storyline" when it placed the blame for sexual abuse on the laity for "worshipping the men in collars."

"In the most public sex abuse case under Soto's watch in Sacramento in 2011, a popular priest was treated like a rock star even after he had been arrested and later pleaded guilty to molesting a 13-year-old girl," Bretón wrote. In a not-so-subtle jab at Fr. Jeremy's supporters, he added, "It was religious zealotry playing out on the street in Sacramento."

Bretón also claimed "That blind devotion — that cloistered brotherhood of loyalty and obedience to each other," is what drove Bp. Soto to write a letter of support asking for leniency for Fr. Christian Andersen after he had been convicted of molesting 26 altar boys. Andersen was shown leniency and ended up kidnapping and molesting another boy.

In The Sacramento Bee report, Soto said it was "stupid and naive," explaining he wrote the letter for friend and classmate "without any real knowledge about what he had done and the harm he had caused."

Our pastor has been indefinitely removed from us, without adequate explanation.

To date, almost 800 people have signed the petition asking Bp. Soto to reinstate Fr. Jeremy. In the more than 300 comments, the majority of them spoke of Fr. Jeremy's holiness and credited him with their conversion or return to the Faith.

Ryan Seeley pinpointed the reason for the faithful's anger: "Our pastor has been indefinitely removed from us, without adequate explanation."

The diocese's response has been disproportionate, even assuming the allegation were later shown to be true. No criminal or civil proceedings were instituted nor referred to civil authorities. This is hopeful, because if this were not true, then it would mean that diocese would be derelict in its duties to protect the innocent, as well as a victim. But, this leaves only the conclusion then, that the diocese has suspended for over two years, a priest who has been "credibly alleged" to have engaged in a consensual but non-licit relationship/encounter with another consenting adult.

One comment confirmed Sally's accusation that "priests and employees of the Sacramento diocese told numerous priests and laity that Fr. Jeremy is guilty and they have seen evidence."

Joanne Gorakla wrote in a conversation she had about Fr. Jeremy with the parochial vicar, Fr. Blaise Berg, he told her she "didn't know him and that he was leading a double life."

Several people said they lost trust in the diocese and stopped donating to the diocese just after Fr. Jeremy was placed on leave. One of those told Church Militant, "When the truth came out about Bp. Soto's disgraceful, unjust mistreatment of Fr. Jeremy, my family immediately stopped donating to the Sacramento diocese and we will continue to withhold further donations until both Fr. Jeremy is reinstated and Bp. Soto resigns."

Klaas said he is using money from his tithe account to promote his Twitter campaign for Bp. Soto to #RepentAndResign.

Another donor told Church Militant they stopped payments on their six-figure donations because of problems with the hierarchy and the homosexual crisis and because Fr. Jeremy hasn't had "his day in court." They were told by the diocese that Fr. Jeremy hadn't broken any civil laws and they're trying to find the right people to hear the case.

Most said the diocese never contacted them over their concerns. Only one donor said they were called but their concerns about the homosexual crisis were never addressed by the diocese, noting, "They never acknowledged the gay problem."

Sources close to the diocese have said Bp. Soto is furious that donations are down because of the bad press and daily protests at the pastoral center.

In addition to the report noting the diocese has hired a public relations firm, the diocese has also hired a new chancellor with an extensive history of fundraising. Lois Locey was touted on the diocese's website as a fundraising specialist who has worked in various dioceses for 27 years. She was an interim director of parish stewardship for the diocese of Rockville Centre, New York during the Stewardship as a Way of Life fundraising campaign that "was considered to be, at that time, the largest such effort in the history of the Catholic Church in the United States."

All of those Church Militant spoke with will not donate to the diocese until Fr. Jeremy is returned and they have regained trust in the hierarchy, either with or without Bp. Soto.

The petition in support of Fr. Jeremy can be found here. 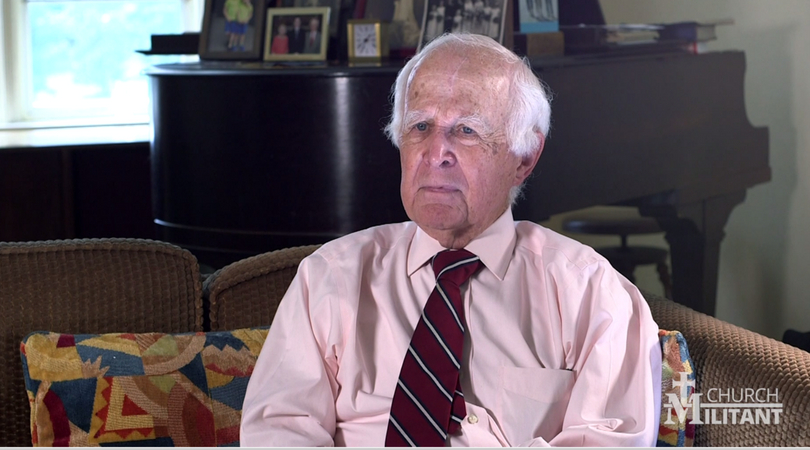